Impact of Air Pollution on the Human Respiratory System

Thesis statement: We cannot ignore the air polluted issue because it is the main reason for damaging the human respiratory system.

At the past time, people thought smoking cigarettes can affect respiratory systems. However, plenty of the adults still are infected the respiratory diseases even if they do not smoke. Many studies point out that air pollution is the main cause of respiratory diseases, rather than smoking.

In 1991, the Swiss Cohort Study on Air Pollution and Lung Diseases in Adults (SAPALDIA) indicated long-term exposure in air polluted areas has a strong connection with the adults’ respiratory symptoms. This study focused on 18 to 60-year-old adults at eight study sites in Switzerland. This study considered testers for never, past, and current smokers. Tester’s age, weight, gender, genetic asthma, genetic atopy, level of education, and nationality were controlled by the researchers. In 2002, they did further study. This study wanted to know the effects on the human respiratory system when people exposed to traffic pollution. The researchers controlled testers for socioeconomic status, exposure to pollution and health-related factors. They also controlled testers living in different distances from the main streets. This study wanted to know the effects on the human respiratory systems when people lived in traffic polluted areas. Traffic pollution is the reason of air pollution. Although the development of traffic makes our lives become more convenient, air pollution is becoming worse and worse. This study indicated that it increased the rate of breathlessness and regular phlegm because of living near the main streets with traffic pollution. (SAPALDIA Team, 2006) Therefore, according to the SAPALDIA study, we get the conclusion that living near air polluted areas affects certain respiratory symptoms.

In 2008, there was a research surveying 9488 Rome residents. This research analyzed 25 to 59-year-old Rome residents who lived near air polluted areas. The researchers found the residents easily suffered from chronic bronchitis, asthma, and rhinitis because they lived closer to high air polluted areas. This research pointed out that respiratory diseases especially rhinitis have a high connection with air pollution. Non-smokers are the deeper effects than smokers. (Cesaroni, Badaloni, Porta, Forastiere, & Perucci, 2008)

To sum up, we know even though people do not smoke, they are still infected with respiratory diseases because of exposure to air pollution.

Air pollution can affect children before they are born. When their mothers are exposed to high levels of pollutants, these pollutants can enter the embryos’ circulation through the placentas and umbilical cord blood. The researchers, in the Environmental Working Group, who collaborated with Commonweal in New York, USA, claimed that the pollutants could enter embryo bodies through their mothers. After these pollutants enter embryos’ bodies, it will increase the rate of intrauterine growth retardation, low birth weight, pre-term birth, and perinatal morbidity. “Pregnant mothers from China exposed to high levels of ambient sulfur dioxide and particulate matter pollution have been shown to have the increased risk of preterm delivery and low infant birth weights.” (Salvi, 2007, p. 276)

The Growth of Respiratory System

When children inhale the same amount of the pollutants as adults, it causes more serious effects because children’s respiratory systems do not completely develop. In addition, because children have many activities than adults, they inhale a greater amount of pollutants. Therefore, air pollution causes more serious effects on children. Most of the ambient air pollutants are chemicals. Several oxidant air pollutants are the main causes of the respiratory system. They obstruct the signals of pathways. They also have been proved to enlarge allergens, enlarge the risk of worsening asthma and reduce lung function. They also affect the growth of children’s respiratory systems. (Salvi, 2007)

Many people suffer respiratory diseases, such as rhinitis, nose allergies, asthma, and so on, because they were exposed to the air polluted area during their childhood. According to a book called Effect of Air Pollution on Children’s Health and Development, particulate matter, nitrogen dioxide, and ozone in air pollution affect children’s respiratory systems. This book collected a variety of studies about the effects of air pollution on children’s respiratory system. Particulate matter causes more serious effects on asthmatics. A part of this research further showed it causes significant disadvantage effects on lung function. Long-term exposure to nitrogen dioxide affects prevalence, the incidence of asthma, allergic rhinitis or atopic eczema. “Three out of four studies showed an association with bronchitis and cough while two out of three showed significant reductions in lung function.” (Krzyżanowski, Kuna-Dibbert, & Schneider, 2005, p. 77) Ozone affects the functions of the lungs. One large study showed when asthmatic children who live in high ozone concentration areas and increase the rate of incidence. Traffic-related air pollutants affect the prevalence and incidence of asthma and hay fever. (Krzyżanowski, Kuna-Dibbert, & Schneider,2005) Therefore, according to this book, we get a conclusion that many pollutants such as particulate matter, nitrogen dioxide, ozone, and so on cause respiratory infection. Furthermore, many children suffer respiratory disease because of air pollution.

Therefore, we can conclude air pollution results effects not only on children but also on infants through inheritance. Once the pollutants enter embryo bodies, it will keep in their bodies forever. It will affect the growth of children.

Lung cancer is the number one cancer of death. Although smoking cigarettes causes lung cancer, numerous studies prove outdoor air pollution such as emission from the vehicle and industrial sources, can cause lung cancer. Every year, there are above 200,000 people deaths because of lung cancer in air pollution. The pollutants can be divided into large size and small size. The Large size of particle pollutants affects human health, but the small size of particle pollutants is more harmful. The Larger one is defended by our natural defenses such as tears, sneeze, and cough. However, the small one cannot be defended by these natural defenses. These harmful particle pollutants enter our body and damage our health. These small particles are called particle pollution that make up of acids, organic chemicals, metals, soil and dust particles.

They are from vehicles, factories, burning, and so on. In 2013, WHO said the particle pollution is the main cause of lung cancer. (American Lung Association, 2016)

A kind of Carcinogen

Outdoor air pollution is classified as a cancer-causing agent by the International Agency for Research on Cancer(IARC) that is a part of WHO. The IARC is a major organization that studied the causes of cancer in America. The IARC got a conclusion that outdoor air pollution has a connection with lung cancer. It also has a connection with other cancers. According to the IARC evaluation, the risk of lung cancer is increasing while the level of particulate matter is increasing. According to the Global Burden of Disease Project, air pollution killed 3.2 million people in 2010, including 223,000 people from lung cancer. (Simon, 2013) A Fred Hutchinson Cancer Research Center’s Dr. Parveen Bhatti, an expert on environmental factors, claimed that when particulates enter into the air, it increases residents’ risk of cancer. The Environmental Protection Agency proved that particulate matter is the most effect on lung cancer. Bhatti said these matters with certain chemicals toxic to human DNA cause cell mutations and then induce lung cancer. (Tompa, 2017)

Therefore, according to the above of the information, we can conclude that air pollution is the main cause of lung cancer.

To sum up, we must face up to the air polluted issue. More and more studies can prove that air pollution damages human health. Air pollution is produced by transportation, factory, agriculture, power generation, home with cooking and heating. As the technologies are developed, more and more pollutants, such as particulate matter, nitrogen dioxide, sulfur dioxide, and so on, are emitted into the atmosphere. These pollutants damage the environment such as acid rain, global warming, holes in the ozone layer, and so on. They also affect human health. Although the development of technology improves human lives, human health has been damaged. When people inhale the pollutants, they may be infected a chain of respiratory diseases such as breathless, asthma, bronchitis, and so on. It even causes premature deaths. These pollutants affect not only individuals but also embryos. When mothers are exposed to air pollution during their pregnancies, they also inhale the pollutants that enter into embryo bodies. It even makes embryo death. These pollutants keep in embryo bodied. It affects the growth of children. (Salvi, 2007) The CNN report pointed out that over 95% of people are breathing unhealthy air. Health Effects Institute pointed out that there were about 6.1 million killed by air pollution in 2016. (Masters, 2018) It is an amazing statistic. Therefore, we cannot ignore the environmental issue. Air pollution is a more and more serious problem. Once human bodies are damaged by air pollution, they do not fully recover. Let us start to deal with the air polluted issue. 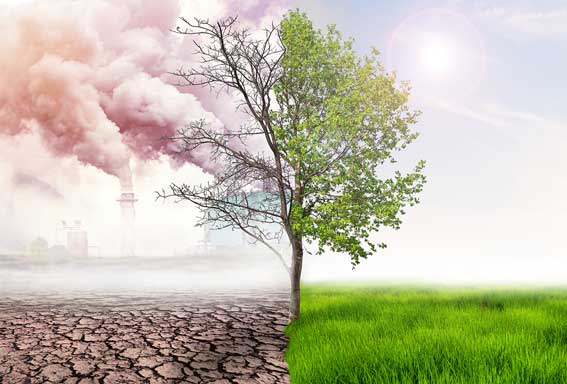 INTRODUCTION Human development and health is greatly influenced by the environment in which they live in (Centre for Disease Control, 2009). Solid waste constitutes a major source of environmental haz...

Impact of Air Pollution on the Human Respiratory System

Impact of Air Pollution on the Human Respiratory System  Outline I. Introduction Thesis statement: We cannot ignore the air polluted issue because it is the ...

Abstract  Cardiovascular disease (CVD) has become the greatest influence over human mortality rates. Numerous studies have shown that this may be in strong part to various forms of ...