Above given is a case study of on lifestyle health intervention. It is main case study for the following essay. The essay can be a It shall be a critical analysis of intervention`s design, delivery and those evaluation methodologies, which were being utilized for data gathering or desired outcome measuring the specified study. for this study. A critical discussion (in the light of relevant theories) of activities during developmental phase to evaluation phase of a health intervention shall be the topic of this essay— move this line above the previous line..

For discussion, the essay is being divided into three parts. Part one highlights introduction and rationale for the choice of study. The second part explores and critically analyse the key features of the intervention`s methodology, design, and delivery by comparing it with other comparators and relevant literature. Final part covers evaluation methodologies employed to measure the desired outcomes of intervention, includes data collection for measuring outcome, process and fidelity of implementation.

Sedentary behaviour is an unhealthy lifestyle. Spending more time in front of computer, TV viewing, video games playing, also not participating in outdoor activities (playing games), inactive parents who also do not support or help their children to be active, bad weather, and lack of insufficient health education in schools and communities are not only helping factors for enhancing this sedentary behaviour but the blame also goes to those cultural environments which promote physical inactivity and excessive eating. Because of this unhealthy lifestyle obesity is growing rapidly in UK. Childhood obesity is dangerous because it tracks into adulthood. In boys and girls aged 2-10 years, obesity increased from 10% in 1995 to 17% in 2005; further 16% boys and 12% girls are overweight (HSE, 2005). Data from National Child Measurement Programme showing that in England 13% children of aged 4-5 and 14.3% children of aged 10-11 are overweight; further 9.6% children of aged 4-5 years and 18.3% children of aged 10-11 are obese. It is very clear that unhealthy lifestyle plays an important role in the development and maintenance for obesity (NCMP/2008).

“Improving lifestyles is thought to be one of the most effective means of reducing mortality and morbidity in the developed world. However, despite decades of health promotion, there has been no significant difference to lifestyles and instead there are rising levels of inactivity and obesity” (Kathryn Thirlaway, 2008). In UK even majority of adults 37% of men and 25% of women are meeting the government target of at least thirty/30 minutes of intense physical activity for five/5 days per week but still there is a considerable public health burden due to physically inactive people. Every year more than 356,000 people are dying due to different cancers and cardiovascular diseases. Physical inactivity is not only responsible for this death toll but is one of major cause (Steven Allender et al, 2006). According to chief medical statement “physically active people can reduce up to 50% risk of having any major disease like cancer and cardiovascular diseases but they can also prolong their lives up to 20% to 30% (D.O.H, 2004). Unhealthy lifestyle has become a public health problem because of its association with major diseases. This is the reason for promoting healthy lifestyle different governments in United Kingdom have been introducing different interventions. In policy forms and in different schools and community based settings. “Healthy weight, healthy life”, child measurement programme, change 4 life, and in past “LEAP project” (Local Exercise Action Pilots), changes in schools curriculum for making physical activities and health education compulsory, providing healthy meals in schools and the most recent policy over salt usage are some of the great examples.

To tackle above mentioned catastrophe there is an acute need of intervention. According to government policy for health promotion, an evidence based strategy for promoting healthy lifestyles is underpinning with national and local health improvement policies. Any intervention that can help in preventing obesity should be given high value. Because it is well known, in the absence of any intervention 50% of obese children will become obese adults (National audit office London, 2001).

By following the health promotion principle of “enabling people to increase control over their health and its determinants, and thereby improve their health” (W.H.O 2005), many theories explain health behaviour and a change in health behaviour. Health Belief Model (HBM), Theory of Reasoned action, social learning and Transtheoretical (stages of change) Model, theory of health education are the examples. All of them are underpinning the practise of health promotion. Understanding of these theories is very essential while developing or designing health behaviour change intervention as the “theory is logical place to begin” (John kemm et al.) and theories provide bases for study design. National Institute of Health also argues that ” a theory is a systematic way of understanding events or situation” and ” needs to be applicable to broad verity of situation”, (NIH, 2005). This mean theories provide bases and a structure of knowledge can be built upon. For example theory of health belief model by focusing on individual`s perceptions of benefits and threats to his/her health further explains that a person`s attitude is determined by his/her knowledge and on that bases he/she acts. This means that, when person gain knowledge about something that influence the attitude and on that basis a change (step wise) in his/her actions occur. Therefore, theoretical understanding of change while developing intervention is also very important. For example, for this study (MAGIC) the concept of enhancing physical activity was being derived by the theory of health belief model (HBM) and by adopting health education model approach, an attempt of behaviour change among school children was being made. The MAGIC example is reflecting that for the study the theory of health belief provided a base and on that a health education model was being built. Basically, by following health promotion principal the “MAGIC” programme was being designed to promote healthy lifestyle with the help of health education.

Using scientific research as a base for developing sound practices in public health is called evidence based approach, which integrates research and practice (Liz Trinder et al. 2000). Was there any need for developing an intervention to improve physical activity among young children? Is MAGIC program evidence based? These questions can be answered by evaluating an intervention at developmental stage. For example, a literature search (systematic review and meta-analysis) for gathering the relevant evidences had been conducted for MAGIC programme. For the purpose researchers had set an inclusion and exclusion criterion for similar case studies to conduct a systematic review and that is systematic way of evidence finding. It was very important to search for those evidences which would help them in not repeating those mistakes while developing a design which had been causing failure previously. Therefore, it was very important to know what had been done so for. What kind of methods and designs had been used or what was already known about similar interventions and what needed to be done more or different. So the evidence based strategy can be adopted from different perspectives, of a researcher`s like creating hypothesis and design building which further maximise the strength of design and can even helpful in programme delivery. A logical model can be built on the bases of evidences which further can forecast the outcome of an intervention.

Exercise reduces the probability of cardiovascular disease a leading killer disease in some countries in the developed world. It also helps keep obesity at bay and enables people across the age divide to maintain flexibility and independence over their lives. Exercise is also beneficial for mental well being in that it reduces the risk of getting depression. 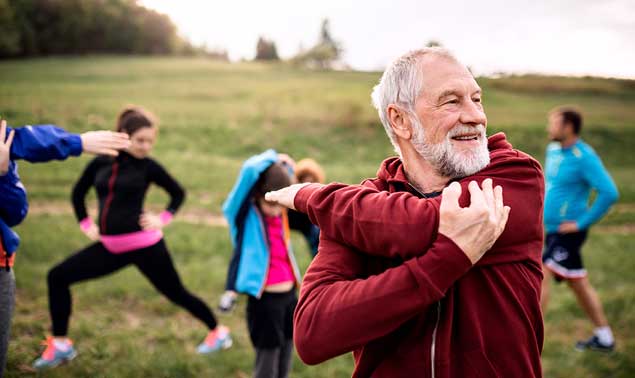 Journal Article  The overweight and obesity epidemic has become one of the major health concerns across the world. According to the data of the World Health Organization (WHO), the...