One day wanting to be a mother, I can imagine that all you pray for is there to be no complications throughout the pregnancy. Walking into a doctor’s appointment for a routine ultrasound to check the baby and having the doctor say, “ma’am your baby has hydronephrosis and an ureterocele,” would be a very scary moment of the unknown. Because ureteroceles only occurs in about one of every 1,000 births, there would be many questions such as: what is an ureterocele, what tests will have to be done and what treatments will need to be taken (UCSF). As this became a reality to a friend of mine, all the questions must be answered. The field of radiography has different modalities and studies that use medical imaging that can diagnose and watch the condition of Ureteroceles.

At nineteen weeks pregnant, Emily was told that Trent had severe hydronephrosis in his right kidney found on the ultrasound (Davis, 2014). One might be wondering, what is hydronephrosis? It is the distention of renal pelvis and calyces with urine (Eugene D. Frank, 2012). Another ultrasound done at twenty-four weeks showed the ureterocele. An ureterocele, a congenital condition, is a ballooning of the lower end of the ureter inside the bladder (Boston) (Philadelphia). This may cause part or the entire stream of urine from flowing freely into the bladder. It may also cause the backward flow of urine into the child’s kidney causing vesicoureteral reflux or VUR (Philadelphia). Ureteroceles are ten times more common in girls than boys, occur most often in Caucasians and vary in size (Boston). Trent is Caucasian, though he is a more rare case being a boy. Like Trent’s, the ureterocele is continued to be seen on the ultrasounds throughout the pregnancy.

As determined, Ureteroceles are most commonly found from an ultrasound before the child is born or within a few days after birth. They are also used often to manage babies with hydronephrosis (Philadelphia) (UCSF). This modality of radiology called ultrasound or sonography is a noninvasive procedure that uses high-frequency sound waves to produce echoes within the body. The transducer sends and receives sound wave signals as it is moved over the surface of the body producing an image in real-time on a computer monitor. Learning the due date, revealing the presence of more than one child and the sex of the child or children are all familiar things that ultrasound determines. Conditions affecting the organs and tissues of the body such as the heart, gallbladder, liver, kidneys, and bladder may be determined by the use of sonography (WebMD Ultrasound). A renal bladder ultrasound is often used because its spotlight is specifically on the kidneys and bladder (Boston). The severity of the babies’ hydronephrosis and the presence of an ureterocele is valuable information shown on the RUS for the doctor. At about 16 or a18 months old, Trent had an RUS before he had surgery. Post surgery, Trent had another RUS to check the status (Davis, 2014). Again, ultrasound or sonography is the most common modality used to find Ureteroceles.

Another study done to identify or evaluate the ureterocele is a voiding cysto-urethrogram or VCUG. The child will have a catheter placed through the urethra into the bladder (Philadelphia). A contrast material will be introduced against the normal flow or retrograde (Eugene D. Frank, 2012). As the contrast is filling the bladder fluoroscopy will be used to take pictures. Fluoroscopy is a type of medical imaging that is real-time showing continuous x-ray images on a monitor (FDA). Pictures will continue to be taken until the bladder is full and then again as the child voids or urinates. The VCUG study is done to confirm if VUR, reflux or backwash of urine into the ureter, is occurring because this would affect how the ureterocele is treated (UCSF). A VCUG was performed on Trent pre and post surgery (Davis, 2014). This procedure may be done more than once to continue to monitor the size and severity of the ureterocele along with any harm that may develop to the child’s kidneys.

Nuclear medicine is another modality of radiography that “uses a special camera, gamma, to take pictures of tissues and organs in the body after a radioactive tracer, either radionuclide or radioisotope, is put in the vein in the arm and is absorbed by the tissues and organs. The radioactive tracer shows the activity and function of the tissues or organs” (WebMD Nuclear Medicine). A nuclear renal scan is done using nuclear medicine with one of two types of substances: DTPA or Mag3. Both are radiopharmaceuticals that may be used but very young children or someone with poor kidney functions will have better images if Mag3 is used (Nandurkar, 2009). The difference in function between the two kidneys may be measured along with the degree of blockage in the urinary system (Boston). Before surgery, a Mag3 scan was completed on Trent giving information on why the surgery was being performed and the severity (Davis, 2014). Using this modality of radiography, Nuclear Medicine, and its renal scanning test, ureteroceles may be identified and monitored.

Finally, the modality of Magnetic Resonance Imaging or MRI may be used for ureteroceles. “MRI is a noninvasive diagnostic modality that does not use ionizing radiation.” The images on the computer monitor are provided by a powerful magnetic field and radio frequency pulses that are combined to produce a radio signal in the body that can be detected and processed electronically (Ehrlich, 2009). Although Trent has not had an MRI yet, when he does there will be very detailed pictures of the kidneys, ureters and bladder that can be taken and stored for diagnosis, monitoring and comparing of ureteroceles (Davis, 2014).

The treatment of an ureterocele is dependent upon many factors such as the size, degree of obstruction, function of the kidney, presence of VUR and affects of the bladder. Although not all are helped by endoscopic surgery, it is one treatment that may be used to fix the ureterocele (Boston). Trent’s doctors at the Children’s Hospital in New Orleans chose this treatment. The endoscopic surgery is a minor procedure, no incisions made, which is usually done in an outpatient setting. A cystoscope, a lighted tube, is inserted into the urethral opening to see inside the bladder showing areas that may not show up well on X-ray images (Philadelphia). When the ureterocele is reached it will be punctured or popped, therefore relieving any obstruction. After the puncture, a VCUG is often performed to look for any reflux. Renal ultrasounds are also performed following the puncture to “ensure that any dilation has improved and that the ureterocele has gone away (UCSF).”

Unfortunately, Trent was a case that the endoscopic surgery did not help (Davis, 2014). His mom and dad now have a waiting game to see if any further actions must be taken to try and solve his ureterocele. Through the field of radiology, different modalities and studies, Trent can be monitored and enjoy being a little boy, doing what little boys enjoy while his mom and dad trust the field of radiography and the advances that continue to keep their baby safe.

WebMD Ultrasound, T. (n.d.). What is an Ultrasound? Retrieved February 16, 2014, from WebMD: http://www.webmd.com/a-to-z-guides/what-is-an-ultrasound

Radiography: specialisation in the use of radiographic, radiation therapy and magnetic resonance equipment to administer radiation treatment and produce images of body structures for the diagnosis and treatment of injury and disease. 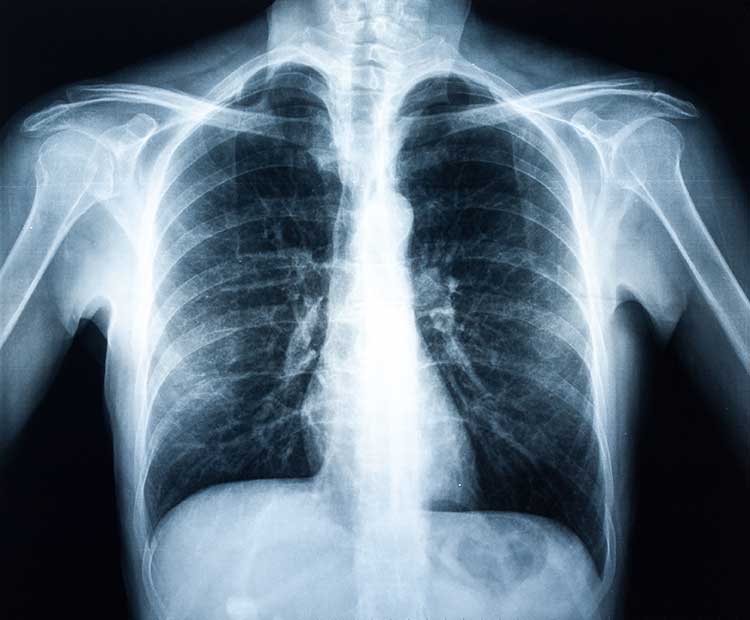 A Study on Root Canal Treatments

The aim of the present study was to evaluate the quality of root canal treatments performed by students of Isfahan University School of Dentistry between 2013 and 2015. ...