Care of a child with end of life

During my clinical rotation at children cancer hospital, I encountered a child of 6 years old who was going through relapse of Acute Lymphoblastic Leukemia (ALL). The child and parents had difficulty talking to the staff and doctors due to inability of understanding language. The child was not in a position to talk to anyone except to few words to mother and father. While taking history from child’s father, it came to my knowledge that the child was diagnosed with Acute Lymphoblastic Leukemia in the month of September, 2014 and according to father he was diagnosed couple of months late. The child was receiving chemotherapy for three months but unfortunately the child developed relapse after the third cycle of chemotherapy. The doctor then informed the parents that now their son won’t be cured and ultimately the child passed through the end of life. As per the assessment the child had lost appetite, nasal bleeding, stomachache, nausea and vomiting. In addition, he was fatigue, had bruises all over the body and had lost weight. The father was completely hopeless and was continuously denying the fact. Furthermore, he said that my child was diagnosed earlier than the other children admitted in this hospital with the same disease then why my child’s disease is incurable. Moreover, he emphasized if I can help his child in anyway. I found myself completely lost at that time because I wasn’t able to help father with what he was asking for. I felt like crying from inside because the child was so young and I could just realize how it feels losing a child at this age. Meanwhile, I controlled myself and tried to support father emotionally.

I was able to take care of child and family on a whole with the all aspects but due to limitations of this paper, I’m considering only physical, psychosocial and end of life aspects. The child experienced substantial sufferings at the end of life and the communication with the parents was deficient. Increased focus on the palliative care needs of children with advanced cancer and their families makes an environment that fosters fundamentally improved end-of-life care and parents also report better preparedness for the end-of-life course and less suffering in their children. (Wolfe et al., 2008). The physical symptoms of the child were noticeable and painful. The physical disabilities were also associated with social role difficulties as the child was not able to socialize with his friends, relatives and parents. The literature also affirms that children with physical performance limitations are less likely to go to school or intermingle with friends and family (Tomlinson et al., 2011). In addition children with physical sufferings are less likely to spend time with friends for social activities and less likely to participate in leisure time activities. As a health care provider for this child, I was able to help the child to reduce his physical sufferings by talking to him in his own language and listening to his concerns regarding his health. As the child wasn’t talking to anyone so I helped him to get socialized with the help of play therapy. Health care professionals, who care for children with long term physical problems, are urged to give careful attention to the emotional well being, behavior and social adjustment of children and their parents (Goldman, Hain and Liben, 2006).

Psychosocial problems are often seen in children with chronic and live long illnesses. Childhood cancer affects allaspects of family life. For this reason, the care is not only focused on a child, but also to the child’s family and other parts of the child’s life. The parents of the child were not given enough attention from the staff and doctors because they considered that their child is not going to live anymore and everyone was asking me to give them emotional support instead of supporting them. Health care professionals who care for children with long-term physical health problems are urged by experts to give careful attention to the emotional wellbeing, behavior, and social adjustment of their patients (Wales, 2011). Having a child with cancer is usually a new experience for all family members. It can be very stressful, so it’s no surprise that families need education, support, and counseling to cope with it or else they will end up with depression and anxiety disorders (Himelstein, 2006). Psychosocial support includes advocacy, education, supportive counseling, psychotherapeutic and behavioral interventions (Foster et al., 2010). I did advocacy on behalf of my patient as the child was kept in a procedure room where everyone was disturbing him and his parents during the last period of his life, so they were taken to the separate room. Palliative care professionals understand that each family is different and that a thorough psychosocial assessment is a precursor to developing an individualized plan of care that has the greatest potential for good outcomes. Psychosocial assessment should be ongoing and open ended and can be elicited simply by asking families to share their concerns with the health care team at each encounter (Friebert, Levetown and Carter, 2011)

The impact of a child’s chronic illness and end of life on parents and the rest of family members is great. Sometimes it may not be possible to cure child with chronic illnesses despite the great efforts from health care team. Parent’s play an important role in helping a child continues to live a comfortable life and prepare for a dignified and peaceful death. It is the most difficult step for parents but it is necessary for them to talk about death to their children. Some parents believe that they are protecting their child by withholding the truth. However, most children with advanced cancer already know or suspect that they are dying, based on the changes they experience inside their bodies and observation of adults around them (Aschenbrenner, Winters and Belknap, 2012). The parents of the child I was caring for was not ready to tell their child about death because it was difficult for them to talk to their child about death and the father said to me that “ he cannot tell his son that he is going to die and he is not able to do anything for him now”. I talked to the father that it is important for them to be honest and open. His child will feel less anxious and alone if he knows what to expect, and talking about his child’s death enables him and his child to have an end by expressing love, sharing memories and saying good-bye to each other (Sullivan, Gillam and Monagle, 2014). Allowing child to talk about his or her fears and questions about death will help parents in understanding how to respond to these questions (Wolfe et al., 2008). A major factor influencing child’s understanding of death is his or her developmental level. For instance, preschool children are too young to understand the concept of death. School going children are just starting to comprehend death as a final separation. Meanwhile, adolescents and teenagers usually have an adult understanding of death. Child’s understanding of death is also influenced by family’s religious belief, cultural norms and views read in book or seen on television (Forster and Windsor, 2014).

Since palliative nursing is entirely a different field so there should be a team which work in collaboration with other health care professionals to reduce the sufferings of the client and support the family on a whole during the end of life care. Child should be assessed on a daily basis for the physical symptoms and must be taken actions to work on symptoms if present. Parents of a child should be given guidance and support during the end of life so they go through this hard time smoothly. Bereavement is parents right and must be respected by health care professionals. Care delivery programs and health insurers, government as well as private should cover the provision of comprehensive care for terminally ill individuals who are nearing to death. Patient communication and advanced care planning that are actionable, measurable and evidenced based must be incorporated in quality standards. Health care organizations should establish the appropriate training and certification requirements to strengthen the palliative care knowledge and skills of all health care providers who care for individuals with advanced serious illness who are nearing the end of life. In addition palliative care is now becoming an important approach to preventing and reducing sufferings in patients and families. It is recommended that primary palliative care should be a core skill of every health care professionals dealing with patients with advanced or serious illnesses.

Himelstein, B. (2006). Palliative Care for Infants, Children, Adolescents, and Their Families.Journal of

for Pediatric Patients With Cancer With No Realistic Chance of Cure.Journal of Clinical Oncology, 29(6), pp.639-645. 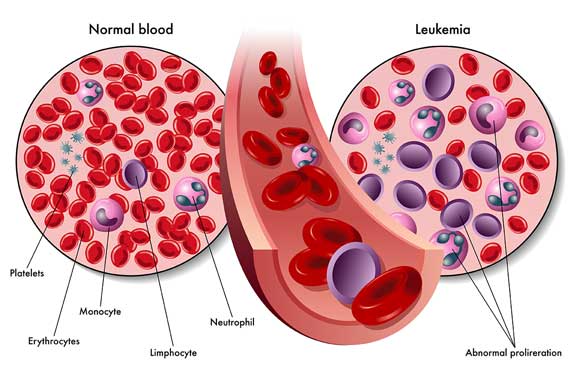 Leukemia is a common cancer of the bone marrow. In the United States it occurs mostly in the young and elderly and is associated with down syndrome. This research will go over the back-ground information on leukemia, types of leukemia, demographic, genetic links, and treatment for each types of leukemia....

Significance of Drug Repurposing in the Future of AML Treatment

The significance of drug repurposing in the future of AML treatment A Layman’s Literature Review for the project “Characterisation of repurposed drugs as novel therapies in Acute Myeloid Leukaemia...