Health is one of the most vital and valuable aspects of human life, as without one’s health we are unable to enjoy our day-to-day activities and have the energy to pursue physical activities. There are two well-known models of Health and Illness that focus on different aspects of health; they are the Biomedical model and the Social model. This essay will discuss the relevance of the Social model in today’s society as opposed to the Biomedical model and the effectiveness of this model in clarifying the obesity epidemic, a medical condition that is dominating the globe and bringing with it many other illnesses that today, are some of the leading causes of death.

The Biomedical model believes that biological factors are the main cause of disease (Browne, 2005). It has been the main model for health care in the past century, due to its assistance in the discovery of countless medical advancements as it was able to decrease the amount of infectious diseases such as tuberculosis (Borrell-Carrio, Suchman & Epstein, 2004). This framework is based on the concept of health as being without disease and focuses on finding cures that will successfully eliminate the biological factors that caused the illness (Cleland & Cotton, 2011). Although the Biomedical model has been valuable in the discovery of many techniques to successfully treat numerous diseases, it is no longer the dominating model of health in today’s society. This model has been scrutinised for being too narrow-minded resulting in its inability to analyse different forms of sickness (Borrell-Carrio et al., 2004; Cockerham, 2007).

Over the years, there have been massive health reforms, from infectious diseases such as puerperal fever, gonorrhoea, malaria and scurvy to the dominating chronic illnesses that affect society today such as obesity, cardiovascular disease and diabetes (Tulchinsky & Varavikova, 2000). The transition from infectious to chronic illnesses indicates that as time changes, strategies that have previously worked may not be as effective as they had once been. Hence, the social models were introduced.

A psychiatrist named George Engel first proposed the Social model, as he wanted to put a stop to the dehumanisation of the practice of medicine, and to give patients the power over their own health (Borrell-Carrio et al., 2004). Engel believed, that the social and physiological aspects of an individual played an important role in relation to the illness procedure and hence, this model acts as an aid, to guide us through the numerous levels of organisation that affect diseases, ranging from the social aspects to factors at the molecular level (Alonso, 2004; Borrell-Carrio et al., 2004). Since Engel first proposed this model, there have been many variations of this model created such as the Dahlgren and Whitehead’s model of health and the WHO social determinants of health framework.

Social models place a strong emphasis on not only the biological aspects of disease but also the social and the psychological aspects of sickness, whereas, the Biomedical model is built around the evidence and the symptoms of the disease of interest (Brown, 2005; Cleland & Cotton, 2011). Hence, Social models of health have become more relevant over the last 150 years because of the changing society. As time passed, infectious diseases were no longer the major problem, with the problem now lying within the degenerative diseases such as cancer and heart disease present in today’s society (Cleland & Cotton, 2011). Therefore, the Biomedical model is no longer relevant as the development of these non-communicable diseases is multi-factorial and hence is not due to straightforward biological causes, nor can they be cured easily (Cleland & Cotton, 2011). For people in society today, the experience of suffering from a disease is not just about the biochemical processes behind it, but also about how the patients identify with this disease in terms of the things they are able to or unable to do, their emotions and the unmet requirements as a result of this disease (Jackson, Antonucci & Brown, 2003). Hence, Social models are more widely accepted and relevant in society, as it recognises the multi-factorial causes associated with diseases such as obesity.

Obesity is defined as the extreme build-up of fat due to energy input being greater than energy expenditure, in technical terms, a body mass index (BMI) of 30 or over means that the individual will be considered obese (World Health Organization [WHO], 2014). The rates of obesity have been rapidly increasing since the 1980s and not only the prevalence of obesity has been increasing but the incidence of diseases associated with obesity has also been increasing (Finkelstein, Ruhm & Kosa, 2005). Health consequences associated with obesity are non-communicable diseases such as cardiovascular disease, cancer, diabetes and other musculoskeletal diseases (WHO, 2014).

The obesity epidemic is a major issue in society today and in 2008, of the 1.4 billion adults considered overweight, over 200 million males and nearly 300 million females were considered obese (WHO, 2014). In the early twentieth century, obesity was only thought to be present in developing countries such as China, Thailand and Mexico and only affected those with higher socioeconomic positions in the population; however, this disease has shifted to affect those of lower socioeconomic position and globally, there is now more than 10% of the world’s population of adults considered obese (Callabero, 2007; WHO, 2014).

Social models have been effective in preventing this problem, as it takes into account not only the biological causes of these health conditions associated with obesity, but also social factors such as dietary intake and physical activity. An individual’s lifestyle is vital towards their health as it is a relevant social mechanism that needs to be considered when approaching these diseases (Cockerham, 2007). Over the years, the dietary intake of individuals has increased, with people consuming more sweetened beverages and processed meals and consuming less healthy wholesome foods such as fruits and vegetables (Callabero, 2007). Research reveals an inversely proportional relationship exists between the availability of fast food outlets and the socioeconomic status of the individual, with individuals in lower socioeconomic areas being 2.5 times more exposed to fast food chains compared to those in higher socioeconomic areas, and this social gradient indicates that a decreasing socioeconomic status results in an increased chance of obesity (Reidpath, Burns, Garrard, Mahoney & Townsend, 2002). This brings about inequality between those of low socioeconomic status and those with high socioeconomic status, further reiterating that there must be other factors apart from biological components, which bring about diseases. Physical activity has also decreased with people opting for more sedentary lifestyles, for example, it was predicted that less than 30 percent of the US population had a suitable level of exercise, another 30 percent were involved in physical activity but not enough, while the remainder had adapted to sedentary lifestyles (Callabero, 2007). It is habits such as these that has attributed to the individual’s susceptibility or resistance to these illnesses (Cockerham, 2007). Only Social models of health can take into consideration of these habits as well as the social gradients shown to help us to understand their influences towards these illnesses that stem off obesity.

Many complex factors are interacting with one another, causing the increase in prevalence of health conditions associated with obesity (Candib, 2007). Therefore, Social models are effective in explaining this phenomenon as it recognises the importance of social factors and how they contribute to health conditions such as cardiovascular disease. Social factors such as the individual’s surrounding environment can either reverse or increase the biological risk of diseases making the Biomedical model inadequate as it does not consider anything but the biological cause (Cockerham, 2007). An environment that has contributed hugely to this increasing prevalence is an obesogenic environment; this is essentially a setting that encourages sedentary lifestyles; promoting food consumption and discouraging exercise, which eventually leads to an increased risk of obesity (Reidpath et al., 2002). Social models are therefore efficient as it considers how we can eliminate such influences in order to reduce the multi-factorial effects associated with the obesity epidemic by combining the formerly separated characteristics of illness (Cleland & Cotton, 2011; Jackson et al., 2003). It helps us to efficiently comprehend the significant contributions of multiple factors outside the biological sense that drives the increasing prevalence of health conditions associated with obesity.

To conclude, health is one of the most important aspects of human life and can be affected by factors that are not always biological components. As a result, the multidimensional Social models were created to allow a better understanding of the diseases, such as obesity, that affect our society (Borrell-Cario et al., 2004). However, because society is constantly changing – there is no perfect model for health that exists and therefore we must seek new ideas that we can incorporate in our models with the hopes that it will be applicable to the changing society.

Boutayeb, A. (2006). The double burden of communicable and non-communicable diseases in developing countries.Transactions of the Royal society of Tropical Medicine and Hygiene,100(3), 191-199. Retrieved from http://trstmh.oxfordjournals.org.ezproxy.auckland.ac.nz/content/100/3/191.full

Sociology is the study of society, human social behaviour, patterns of social and relationships, social interaction, and culture that surrounds everyday life. 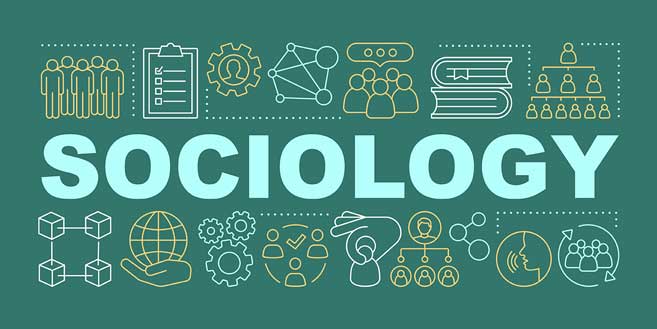 In this essay, I will discuss several issues that seem to bind nursing practice with questions of ethics, sociology and management. Reflective practice is an important aspect of nursing....

Introduction We often think of theory as somehow divorced from reality, but we actually make use of theories every day of our lives’ (Germov 2009, p. 25). In this assignment I will examine two t...

Effectiveness of Social Model of Health

Anna Wei Models of Health Health is one of the most vital and valuable aspects of human life, as without one’s health we are unable to enjoy our day-to-day activities and have the energy to pursu...