Spatial analysis may offer timely information on the course of a disease and other health related events making it possible to customise intervention control methods. Spatial analysis also has a huge rule in the event of epidemics especially from food and water borne diseases. This review summarises the current literatures on spatial analysis and patterns associated with diarrhoea. Search of databases related to GIS or spatial analysis and diarrhoea which included from PubMED, Medline, ScienceDirect, EBSCOhost, and Oxford Journals which consist of articles from 1997 to 2012. Articles were first screened by titles and abstracts and then full manuscripts, where afterwards the final articles were extracted. 50 articles were screened to identify the final 17 articles based upon adherence to the inclusion criteria involving english language based literatures from multiple regions. Analyses consist from descriptive analysis, pattern analysis, cluster analysis and modelling in descriptive ecological studies. Spatial patterns found were unsafe water supply, poor sanitation, unhygienic waste disposal, unhygienic practices by personal or food handlers, low socioeconomic status, poor health care access, low education, high population density, rural areas, squatters, and malnutrition. Temporal factors such as climate factors, seasonality, temperature and rainy seasons also play a role. Diarrhoeal disease may be avoided, outbreaks predicted and managed effectively if timely use of spatial analysis was practiced.

Throughout the years in almost every field, Geographical information system (GIS) has open new doors in research and knowledge. Especially in the field of public health, it has help researchers investigate and plan intervention effectively. Spatial analysis is not actually a new field when it comes to health, however currently it is still not widely being practised. This is true with the evidence of limited studies being done using spatial analysis. In the past, John Snow had showed the value of descriptive spatial epidemiology in action on the field, stressing on importance of ‘place’ in an epidemic as a guide for control and prevention 1.

Spatial analysis may offer timely information on the course of a disease and other health related events thus making it possible to tailor specific intervention methods. It also plays a major role in the event of epidemics as did John Snow demonstrated. Sadly this technology has been disregarded most of the time 2. By looking at the chain between place, temporality and human health, we can make deductions regarding the illness and exposures. This would largely be beneficial in developing a better healthcare system which would include more effective disease interventions and community level programmes 3.

GIS has been used in various methods when it comes to waterborne disease outbreaks and research studies. Its usage has proved hypothesis of risk factors in epidemics, microbial risks in drinking water reservoirs and contaminated daily water supply sources and structures 4. In some water borne studies, this technology has been used to study the relationship between socio-economic and demographic attributes to the disease, environmental exposure risks, spatial epidemiology and health risk prediction.

The purpose of this review was to summarise the current literatures regarding spatial analysis, its patterns with diarrhoea. Even though spatial analysis techniques were introduced a long time ago in the field of epidemiology, its current practice remains lacking.

Articles for possible inclusion were determined through a search of databases related to GIS or spatial analysis and diarrhoea which included from PubMED, Medline, ScienceDirect, EBSCOhost, and Oxford Journals. These consist of articles from 1997 to 2012.

Only English language articles were included in the review. Articles must have both spatial and diarrhoea variables in their studies for inclusion. Search for articles started since October 2012 until December 2012. Articles were first screened by titles and abstracts and then full manuscripts (Figure 1). Final articles were extracted and organised upon a spreadsheet.

50 articles were screened to identify the final 17 articles based upon adherence to the inclusion criteria (Figure 1). The studies involved multiple regions, all with spatial analysis and diarrhoea included. Diarrhoea may be caused by multiple infective agents and any of these causes are included as well. All of the reports are journals, from 1997 to 2012. These articles involved various age groups and this is important so the spatial patterns relating to diarrhoea across different age groups can be observed.

Based on the articles compiled, findings are summarised in Table 1 stating the author, year, country of study, spatial analysis and association of pattern. There are 14 articles in the last 5 years. Analyses involved vary from descriptive analysis, pattern analysis, cluster analysis and modelling. All of the studies were descriptive ecological studies involving large and adequate sample size based on the population at risk.

Overall, the articles published showed relationship between spatial patterns and infective diarrhoea. Most of the articles found similar patterns, consistent with other published findings.

Among the pattern of association found (Table 1), were unsafe water supply, poor sanitation, unhygienic waste disposal and unhygienic practices by personal or food handlers 1,5,6,11,12,14,16. Other than that, socioeconomic status play a role too where areas of low socioeconomic status are more at risk, with poor health care access, low education, high population density, rural areas, squatters and malnutrition has higher risk of diarrhoea spatially 6,8,9,11. Other than exhibiting spatial relationship, there are also temporal factors such as climate factors, seasonality, temperature and rainy seasons 7,13,15,17,18.

In some studies the details of spatial analysis and how the coordinates were obtained were not mentioned thus comes the issues of precision when coordinates were analysed. Biases may arise from the study design where all of the study designs were descriptive ecological study. Since all diarrhoea were taken into account, some studies did not ascertain the actual agents or if it is really infective in origin.

With that being said, these studies describe well the functions of spatial analysis and its pattern with diarrhoea occurrences and outbreaks. Most of the studies mentioned here, involved large sample size in the population affected by diarrhoeal disease. We may however miss out some important studies since we only take account English language publications.

With the findings of these articles, we can conclude that spatial analysis is important in understanding and controlling food and water borne diseases especially that causes diarrhoea. Infective diarrhoea may be avoided if proper control measures are in place and communities at risk are provided with good and safe water supply, sanitation with access to health care services. With timely use of spatial analysis, uncontrolled outbreaks can be prevented and more effectively managed. 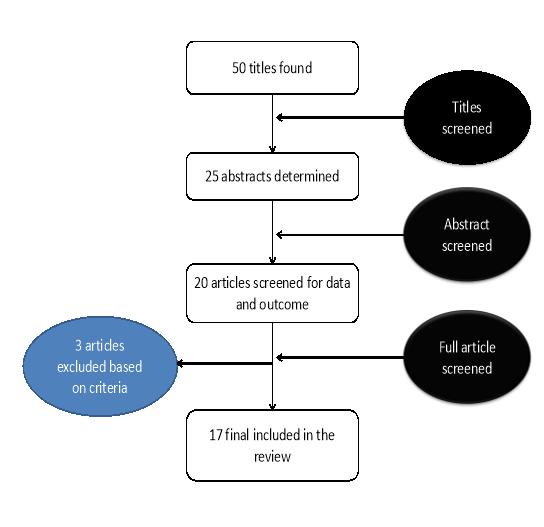