This study would like to identify the dynamics of college drinking and identify the best therapy for intervention as Cognitive Behavior Therapy (CBT).  The purpose is to identify students who drink from Freshman through Senior year and promote a therapy like approach.  Transition to college from high school can be a challenging phase.  Higher expectations for schoolwork, making new friends and being without the parents may increase anxiety, which could present a difficult transition period during freshman year (Budny, 2004).  This kind of transition is often associated with risky behavior such as excessive alcohol consumption (Lorant, 2013).  CBT may be helpful to treat substance abuse and addiction (Davies, 2018).  Alcohol Use Disorder (AUD) is defined by alcohol often taken in larger amounts or over a longer period than was intended (American Psychiatric Association, [APA], 2013).

The first 6 weeks of freshman year are a vulnerable time for underage college drinking and alcohol-related consequences because of student expectations and social pressures at the start of the academic year (National, 2019).  A study explored the possibility of students starting to binge drink before going to college (White and Swartzwelder, 2009).   Most students bring unhealthy drinking habits to college (White, 2009).  Coping with a stressful event is a result that 88.5% of students are using alcohol in Freshman year (American Addictions Centers, 2019).  Alcohol education and prevention programs should target students prior to their arrival on college campuses (White, 2009).  Many students are now required to attend brief alcohol interventions incorporated into freshman orientation (Taylor, 2015).  A study examined the motivations for binge drinking among college students as they transition from the first year to their final year (Wolburg, J.M., 2016).  The study revealed that the need for social validation motivated students to engage in binge drinking (Wolburg, 2016).  Other drinkers use it as a method to enhance transformation from childhood to adulthood (Wolburg, 2016).  Avocation is needed for increased behavioral therapies during freshmen and sophomore years (Wolburg, 2016).

Heavy consumption during the earlier years is consistent with pregaming and other binge styles of drinking that are more typical of underage drinkers. (Wolburg, 2016).  Sophomore year students may mature slightly stating it's more about bonding with your group of friends (Wolburg, 2016).  Compared to Freshman year drinking to cope with a stressful event decreased (-3.9%) as a Sophomore to 84.6% (American, 2019).  Sophomores are more confident now that they have experienced one full year of college life.  Some Sophomores will transition from drinking in the dorms to bars because students have fake IDs by the time they became sophomores (Wolburg, 2016).

Students generally reach the legal drinking age as a Junior.  After students turn 21, they have easier access to alcohol and they may not feel as compelled to pre-party as when they had more limited, illegal access (Wolburg, 2016).   Junior year provides the move from dorms to apartments or houses and changes the ordering function of drinking, freedom from rules and the ability for juniors to host the house parties that freshmen attend seeking easy access to alcohol (Wolburg, 2016).  Junior year found an increase (93.3%) in alcohol to cope with a stressful event (American, 2019).  This may be due to new pressures to cope with internships, job searches and advanced classes, etc. (Rabalais, 2015)

Cognitive Behavioral Therapy (CBT) is a form of psychological treatment that has been demonstrated to be effective for a range of problems including depression, anxiety disorders, alcohol and drug use problems (American, 2019).  CBT is preferred over other forms of psychotherapy, it is performed in a structed way, it generally requires fewer sessions (Mayo, 2019).  CBT, is a short-term therapy technique that can help people find new ways to behave by changing their thought patterns (Davies, 2018).  During CBT therapy the client will learn and practice techniques such as relaxation, coping, resilience, stress management and assertiveness (Mayo, 2019).  A study explored the outcome of treatment through, CBT illustrated that self-efficacy, a factor reinforced in CBT played a significant role in long-term outcome of the prevention program: Increased self-efficacy led to a successful treatment (Litt, 2018).  Improvement in awareness to young adults, CBT may be beneficial to develop coping skills around alcohol (Wolburg, 2016). The goals of CBT are to decrease the reinforcing properties of alcohol, to teach people new behaviors inconsistent with alcohol abuse, and to modify the environment to include reinforcements for activities that do not involve alcohol (Taylor, 2015).  CBT is a problem-specific, goal-oriented approach that needs the individual's active involvement to succeed.  It focuses on their present-day challenges, thoughts, and behaviors (Davies, 2018).  Learning coping techniques for dealing with stress and relapse prevention skills enhance the prospects for long-term maintenance (Taylor, 2015).  A study concluded that CBT intervention on average had fewer days of alcohol use during the 6-month follow-up period (Deas, 2009).  Overall, the evidence shows that CBT to treat alcohol disorders are successful across a broad range of people and situations (Taylor, 2015).  Interventions with heavy-drinking college students have made use of these approaches (Taylor, 2015).

Previous studies have not conducted research specifically like this study.  This study focuses on the treatment of CBT across the four-year college experience.  Previous studies did not focus on each specific Freshman through Senior year experience.  CBT is becoming more of a direct treatment approach to college age alcohol intervention.  Today, colleges and universities are starting to understand that success of students and alcohol use may be in self-efficacy and helping students to obtain self-control with alcohol instead of trying to eliminate it.  Students who become aware of CBT as a method to reduce alcohol consumption may not misuse alcohol while in the college environment.  With the use of CBT, self-efficacy is interwoven into therapy, which seems to increase self-awareness and decrease the amount of alcohol consumption.  Using CBT brings awareness and real life skills to help the student navigate, by their choice, situations where there will be alcohol.

Therapy is the attempted remediation of a health problem, usually following a medical diagnosis. There are many different types of therapy. Not all therapies are effective. Many therapies can produce unwanted adverse effects. 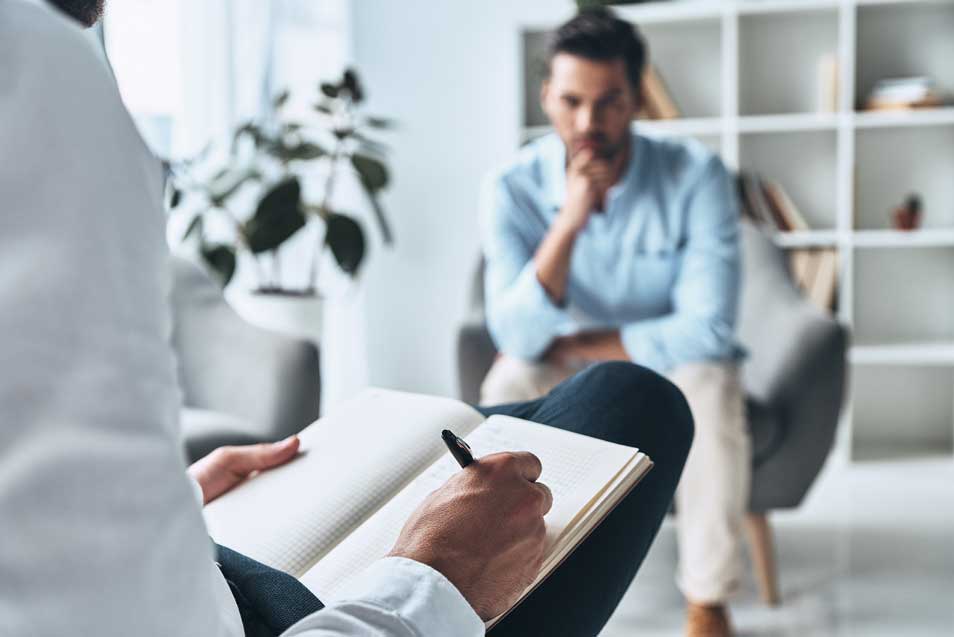 Spinal muscular atrophy (SMA) is an autosomal recessive disorder that progressively disables motor neuron units in the spinal cord. Motor neurons are specialised nerve cells that transmit electrical impulses from the spinal cord to the muscles that control movement in the limbs and in the body trunk....

Autism comes in many different shapes and forms and varies by everyone that is diagnosed. It can range from mild, and functioning, to the more severe. Autism Spectrum disorder covers five differ...

Antibiotic overuse coupled with the rapid evolution of bacteria in response has resulted in the spread and increase in antibiotic resistant infections worldwide....