Warfarin is an oral anticoagulant used mainly in prevention of atrial fibrillation (AF) to treat a confirmed episode of pulmonanary embolism (PE) and deep vein thrombosis (DVT). Warfarin is an antagonist of vitamin K which is needed for the synthesis of clotting factor. It takes 2-3 days to exert its full effect. In some cases immediate anticoagulation is needed, in which case low molecular weight heparin should concurrently be given with warfarin.

The possibility of developing arterial embolism in patients with uncomplicated AF has been quoted to be about 5% per year, approximately 0.01% per day3. Although this is a serious threat, these patients are not in very immediate danger. Therefore, it can be argued that there is no urgency in achieving effective thromboprophylaxis with aggressive anticoagulation and daily monitoring. Slow loading of warfarin in an anticoagulant clinic is a more suitable option, proving to be safer and more convenient for the patients. In DVT and PE patients, achieving faster anticoagulation is appropriate in order to prevent futher embolism in occuring

The effect of warfarin on the blood is measured using the International Normalised Ratio (INR) and the ideal INR in uncomplicated AF, DVT and PE patients is between 2 and 3. However in certain patients this range will vary depending on the risk of developing clots. Since warfarin has a long half life (36-45 hours)3 and individualised maintenance doses must be determined for each patient, it can be difficult to determine the ideal maintenance dose rapidly in warfarin patients. Use of

warfarin is complicated by a considerable risk for hemorrhagic side effects, which is increased in patients with low dose requirements. There is a large variability of dose requirements part of this is due to demographic and clinical facrors such as drug interaction, comordities, age, vitamin k intake, but the main factor is thought to be genetic.

At Airedale hospital, patients who are initiated on warfarin go through an Anticoagulant Risk Score (AARS). Unlike some of the other protocols, AARS takes into account age, weight, liver bone profile tests, and comorbidites into account before initiation of warfarin. Pharmacists who initiate warfarin use AARS , but sometimes this is not complied with the patient may score zero but might not look appropriate for example to give the dose according to AARS. The study will determine if the protocol is followed and weather it is effective in achieving target INR and preventing very high INRs. This audit was designed to measure any differences in outcome when a protocol was or not applied during warfarin initiation.

Several protocols have been developed to standardise warfarin initiation, and minimise the amount of time required to achieve stability, however there is no evidence suggesting the preference of one protocol over the others. The Fennerty protocol is a well known protocol, it was the first published protocol of its kind to be used for warfarin initiation. It involves dosing patients 10mg per day potentially for 4 days which could produce dangourously very high INRs.

After the initiation stage, which is typically three days at Airedale, a maintainance dose needs to be determined, again there are several protocols that exist. Complications can arise at this stage if the patient is slow metaboliser of warfarin, extra loading dose can be given at initial if the INR measursement has seen no change.

Bleeding is the most significant side effect of warfarin. The incidence of

Bleeding or haemorrage is proportional to the prothrombin time.4

so the international normalised ratio should be maintained close to the target INR range as possible.

A thorough literature review was conducted using the following databases:

The search engine OVID was used to facilitate simultaneous searching of all the databases.

The following keywords were used:

To determine whether clotting screen/INR done prior to warfarin initiation

To determine whether predicted dose according to AARS is;

Find out any INR’s <1.5 or more than 4 within first week of therapy

There are various recognised protocols e.g. fennerty et al; each with its own advantages and limitations. The audit will review the adherence to the AARS protocol and determine any of this protocols limitations.

In order to fulfil the aims and objectives of the audit, the research design included all patients started on warfarin between 1st august 2009 and 31st January 2010. The current AARS protocol was developed in 2008. This study will examine if the protocol is complied with and if it is effective in providing efficient and safe anticoagulation. The time period of August to January was used to ensured that the current version of AARS was used. As it is a relatively long period of time it is possible a number of pharmacists could of initiated the warfarin and therefore reduce bias. It had also been nearly one year since the new version was amended therefore audit was due.

This audit was approved by the clinical effectiveness audit committe at Airedale NHS Foundation Trust in order to carry out the study.

The patients were identified using DAWN; an anticoagulant programme by producing a list of patients initiated within these six months. A list of 250 patients were generated from DAWN detailing patient name, date of birth, hospital number and use of warfarin. A sample of fifty patients was then selected from the resulting list. Fifty patients were chosen to ensure that enough data was collected to allow analysis.

The data was sampled by using the every fifth patient on the alphabetical list. Using every fifth patient would give a random sample. If there was a patient who was on the list but met the exclusion criteria, the next name on list was selected; if a record was missing then again the next patient will be selected.

The main outcomes measured were; if AARS protocol was complied, time taken for first INR to reach range and time taken to reach stability , secondary outcomes were very high or low INRs within first week,

If the INRis not stable for a 3 months or more,

The exclusion criteria were patients:

Anticoagualted by other than warfarin,

Who restarted warfarin after an operation

Patients who were initiated elsewhere but transferred to Airedale.

Microsoft Excel 2007 will be used for analysis of the results.

A thorough literatures search for applicable protocols produced four publications. These publications were analysed and compared with each other as well as the AARS protocol:

First 4 days at 5mg/day could be dangerous

First 4 days at 5mg/day could be dangerous

No dose change for 2 weeks

Fewer episodes of high INRs, no reports of bleeding complications

Useful for initiation only, no guidance on maintainance

Thirty patients who were started on warfarin were for AF, seven patient for DVT, whilst six patients for PE and seven patients in the others category.

The AARS protocol was used in nearly half the patients (24) whist in fifteen patients it was not used at all and in the others it was appreciated but not used, due to certain factors such as other medications that could interact with warfarin or just pharmacist’s experience. This is illustrated in figure 2.

In this study, stability was achieved when the patient had reached the target INR for two consecutive results. This was a standard definition of stability used in several published protocols3-5. Results of the time to reach stability in the sample group are shown in Figure 3. When analysing the control group, 22% of patients were stable by week 2, and 37% were stable by week 3. On the other hand, 39% of patients in the sample group were stable by week 2, and 50% had reached stability by week 3. Although paired sample statistics did not render this difference to be statistically significant (P = 0.054), there was a 62% drop in the mean number of weeks required to

INR measurements were recorded and analysed from the day that warfarin was uninitiated until the patient reached stability. These measurements revealed the number of times that INRs have been recorded above or below the target level. If a group of patients were stabilised more effectively, a greater percentage of INRs would have been recorded within the target. Table 3 describes the differences in INR values prior to stability.

Another outcome measure affected by stability is the number of visits required before stability is reached. Figure 4 shows the number of visits required to reach stability in the control group and sample group. This figure shows that 33% of the patients in the sample group reached stability after 2 visits and only one patient (5.6%) required 8 visits to achieve stability. Alternatively, only 20% of patients in the control group were stabilised after 2 visits, and four patients (8%) required over 8 visits to achieve stability. Although these results seem to show a large decrease in visits required for stabilisation, the data is not statistically significant (P=0.054).

The INR can then be raised markedly once warfarin is in the system. Sometimes the maintainance dose of a patient can be 15mg, the maximum loading dose per day is 10mg, hence these patients cannot be predicted by AARS during initiation stage. These patients would take longer to stablise, as a higher dose has to be tried until stableisation

Warfarin is an oral anticoagulant used mainly in prevention of atrial fibrillation (AF) to treat a confirmed episode of pulmonary embolism (PE) and deep vein thrombosis (DVT). Warfarin is an antagonist of vitamin K which is needed for the synthesis of clotting factor. 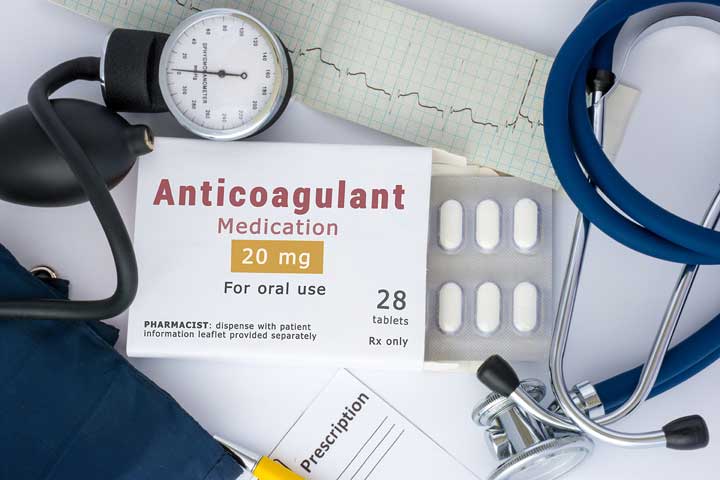 When it comes to Heart Failure the best form for a brighter future is to optimise the intervention with treatment goals that are vital for the patients’ health, well-being and gain a better chance ...

Drug to Drug Interactions in Patient with Physical and Physiological Conditions

Abstract This paper examines a fictional case conceptualization and explores possible drug to drug interactions with a patient who suffers from a physical bodily condition while also suffering from a ...