The Nigerian Demographic Health Surveys (NDHS) of 2013 supporting evidence and additional sources of data from published reports of NDHS 2013 have been used in this study.

Demographic Health surveys have been ongoing for over 30 years in over 90 countries with over 300 surveys aimed at fostering global knowledge of health and population trends in developing countries.

DHS surveys are nationally representative household surveys in women aged 15-49 (and sometimes men aged 15-49) which yield internationally comparable data on health indicators in developing countries. Datasets produced from this surveys are owned by measuredhs.com as part of the projects implemented by Macro International, with its funding from USAID. In most countries the DHS surveys are conducted every five years providing retrospective estimates of four years including year of study, with large samples from households through face to face interviews using standardised questionnaires designed to gather information on female genital cutting, maternal and child health, nutrition, HIV/AIDS, family planning, gender, malaria as well as the socioeconomic and demographic characteristics. DHS surveys involve large samples

In Nigeria, the National Population Commission (NPC) representing the Federal Government of Nigeria, conducts the survey with technical assistance from Macro International. The purpose of this data collected is to direct policy making, planning, monitoring and evaluation of programmes.

In the Nigerian Demographic Health Survey 2013, data was collected over five months, completed questionnaires were then edited, processed in CSPro computer package and all that was cleaned. This ensures accuracy of information and confidentiality to participants. Data collected is standardized by weighting adjusting for over and under sampling to produce representative results (NDHS, 2013).

The NDHS 2013 facilitates a comprehensive picture of the current global trends on knowledge and prevalence of FGM among women and their daughters, types of circumcision, age at circumcision, and attitudes toward the practice to be constructed.

Prior to NDHS Surveys of 2013 there were subsequent surveys in 1999, 2003, 2008 which collected data on FGM. This surveys reported prevalence of FGM in Nigeria amongst women age 15 to 49 as shown in table below:

Table 2.1 showing prevalence of FGM in Nigeria from NDHS surveys.

The prevalence of FGM in Nigeria from 2003 to 2008 recorded an increase and this was partly from the use of a new definition for what constitutes as FGM and also differences in the data available for selecting the sample. Interviewers used in the northeast of Nigeria included local forms of cutting and scraping of the vaginal walls in their definition of what constitutes FGM. The data bases for selecting the samples for the Nigeria DHS of 2003 and 2008 were relatively different, hence that made the distribution of the samples by region variant. (Yoder et al 2013). In the 2013 NDHS, the definition of FGM explicitly followed the WHO definition of FGM.

In dissecting trends linked with FGM in Nigeria, it is unlikely that comparing prevalence of FGM using Nigeria DHS over years will give valid reasons for the trends over the years due to differences mentioned earlier (NDHS, 2013).

The drivers of FGM from previous studies identified as mix of cultural, religious and social factors within families and communities. The variables of interest in this study are those related to these drivers of FGM and are classified as social, cultural, economic and geographical factors (WHO, 2014).

For effective analyses some of the variables have been recoded. A full list of variables is attached in Appendix II.

The outcome or dependent variable considered in this analyses is FGM; whether a woman had FGM or not.

Other secondary outcomes of interest in this study is who performs FGM, perspectives and opinions on FGM were also examined (further categorized in table 2.1).

The main independent variable in this study is Age at time of survey which serves as an indicator of the birth cohort of the participant.

The exposure variables of interest in this study- residence, region- in order to analyse subpopulation trends. Other variables included in this study religion, ethnicity, education and wealth. The variable wealth index, measures a household relative economic status. This is calculated by a process which recodes and pools together data on household assets such as type of toilet, ownership of durable goods, etc. to produce a continuous standardized scale.

This variables although not exhaustive have been selected because of their association with culture, socio-economic status which have an impact on the FGM practice (WHO, 2014).

The relationship examined in this study will use the following variables

Table 2.1 Definition and categorization of variables.

**All major ethnic groups in Nigeria and FGM practicing groups of significance from NDHS 2013 survey.

The framework for analysis of trends linked with FGM will take in to cognizance sociodemographic factors that can confound or mediate the practice of FGM in Nigeria. This factors are shown below: 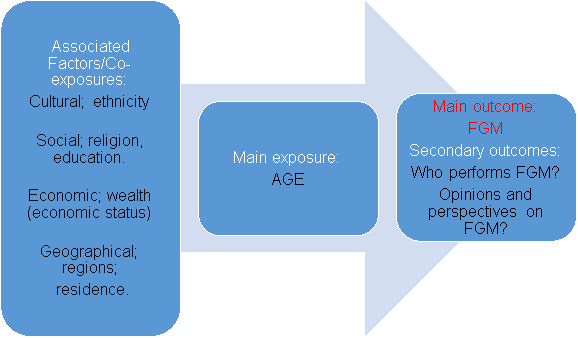 Figure 2.1 above showing conceptual framework for analysis of FGM trends.

All analyses in this study were computed using SPSS v.22. The Data was weighted and complex sampling procedures used to minimise errors from sampling techniques used in NDHS 2013, thus ensuring results are valid (IBM 2015). The sampling weight was used for all analysis. A major part of the analyses involved handling of data using syntax files, a programme of orders which automatically computes analysis and can be saved. Some programmes used for the analyses can be found in Appendix III.

The following statistical analysis were carried out to achieve the aim and objectives of this study:

The analysis examined the following areas:

Besides percentages and confidence intervals, chi-square test for trends are computed to ascertain the statistical significance of these associations.

The variables on women background characteristics and perspectives of FGM were fitted into regression models in order to determine the extent they predict the outcome i.e. having FGM (b) to ascertain if the practice is declining or increasing by birth cohorts.

In the bivariate analysis all independent variables except region were fitted into the model to estimate the crude trends in having FGM. Region was exempted to minimise confounding.

A multivariate analysis involved fitting the same variables into the model controlling for age, education, ethnicity, economic status (wealth), urban-rural residence, and religion. The aim is to ascertain the relative importance of each variable as a predictor of having FGM.

The reference categories for each variable fitted into the regression model are: age (15-19) education (no education), ethnic group (others), Residence (rural), religion (Islam), wealth index (richest).

This methodology has been written by a student and is published as an example. See How to Write a Dissertation Methodology on our sister site UKDiss.com for guidance on writing your own methodology.