Is sexual health of Canadian adolescents better than yesterday, or is it safe for tomorrow? Sexual health is a situation of physical, mental and social wellbeing about sexuality. An active and respectful approach to sexual relationship is necessary, as well as the possibility of safe and nonviolent sexual experience over the violent sexual experience. In past few years, sexual harassment has increased with the enormous high ratio. Rape, forced sex, sexual abuse, unwanted comments are the problems faced by today’s generation, which directly affects sexual health. There is a widening report of sexual acts like masturbatory displays via webcams and oral sex games that are a part of what teenagers regularly do in their sexual lives (Stepp, 1999; Wilson, 2004). Sexually transmitted diseases like HIV and Chlamydia are growing threat to the sexual and reproductive health of youth. This essay review the comparison of sexual health yesterday and today, sexual health trends, evidence and challenges faced for supporting the sexual of young people in Canada.

Adolescents in recent ten years to earlier generations, significant changes in adolescents were found between 1950’s and 1960’s. National Longitudinal Survey of children and Youth (NLSCY) and National population health survey (NPHS) are two national surveys using comparable research methodologies to find data conducted nationally (Boyce, 2004). NLSCY deals with research on recent adolescents while NPHS does research on data for adolescents in earlier generations. The question arise that what should be the legal age for sexual intercourse? Research says intercourse occurs between the ages of 16 to 18 years. Age of sexual intercourse clearly states that teens are not initiating sex at an early age, rather to some extent late than their parent’s generation. “Casual” approach to sex, oral sex or sex over the internet has become common activity among today’s teens. The best way to assess the “casualness” of adolescent’s sexual encounters is to consider how many numbers of partners they have. If an individual has more partners, they are likely to be casual in their sex life. It is important to remember that since last 30 to 40 years, oral sex has been a normative aspect. The study says that 15-25% adolescents of US and Canada in 1970’s had oral sexual intercourse (for the US see: DeLamater & MacCorquadle, 1979; for Canada see: Boyce et al., 2003; Gillis, 2005; Herold & Way, 1985; Warren & King, 1994). Something new that has been added in today’s generation is role played by communication technologies such as cell phones & the internet. In doctoral research, Symlie (2008) found that teens with young age living in urban or rural areas rely on mobile phones to connect with each other to have oral sex and maintain relationships, while more urban adolescents prefer face-to-face contact.

Sexual health trends in today’s era have taken a drastic change. Pregnancy and parenting, sexually transmitted infections, sexual abuse, and Internet concerns are increasing day by day. Starting with pregnancy and parenting which is the most important factor affected by sexual intercourse. The majority of Canadian adolescents take their responsibility for sexual life and problems like unwanted pregnancy and parenting. Contraception, using condoms and abortions are the issues related to sexual health. Delaying pregnancy and postponing parenthood, teens today benefit from changes that were just beginning to be realized in the 1970’s & 80’s such as legal access to contraception and abortion (Pancham & Dunn, 2007). The percentage of sexually transmitted diseases like HIV and Chlamydia are increasing day by day. Rayes rose steadily from 15 to 19 and 20 to 24 years old from 1997-2004. Chlamydia rates increased with a decline in teenage pregnancy rates and grown in teen condom use. HPV, herpes, simplex virus, and Chlamydia are common in the teen population, and it can be prevented by giving education on sexual health and by providing a free workshop on medication necessary for the disease. Sexual abuse is also an element of sexual health. Sexual health within the domain of criminal justice system. Sexual harassment like the forced sex and unwanted sexual comments like are experienced by a majority of female and gay adolescents of varying ages, which is the most dominant form of sexual abuse. Women are more victims of all forms of sexual assault. Internet concerns like chat rooms & social networking sites have become more popular among teens. Parents are advised to gaze after internet use, and teens are cautioned against providing personal information on social networking sites. Research of police and service providers tell us that, not all types of sexual violence or abuse, majority of cases are reported, which increases the danger of sexual violence (Wolak, Finkelhor, Mitchell, & Ybarra, 2008). Bill C-22 law received Royal Assent on May 1, 2008, and changed the age of sexual intercourse from 14 to 16 years. (Discussing see wrong, 2007).

The Central challenge for policy makers is deciding ways to promote and develop educational and health services and environments that provoke sexual health and well-being of Canadian adolescents not only today but for future too. Canada has a distinctive and multicultural profile. Canada is the second country after Australia to have a maximum number of immigrants every year. The ratio of immigrants is increasing every year. It is difficult and challenging for the immigrants to adapt the change in “sexual scene” they experience in a new country. Every country, while every individual has a different perception on sexual talk or sexual life. The graph below shows the age group of Canadian adolescents who are physically active in leisure time and have sex in their leisure time. Red color demonstrates the percentage of female while; blue color depicts male. Male between the ages of 12 to 17 has a high ratio of having sex. While people between the age of 18 to 24 are men with a high ratio of leisure time sex. Even at the age of 65 or above, there are 50% of senior citizens having sex. Average of all the age group 45% of men and 46.8% female have sex, which shows that sexual intercourse in today’s era is familiar.

Thus, we can conclude that sexual health of Canadian adolescents is fare comparing to earlier generations. Challenges remain, like unwanted pregnancies, sequelae of SIT, physical violence, increasing rate and changing social sexual and relationship structures are the challenges or problems faced by today’s adolescents of Canada. Rather not only, Canada but also these are some fundamental problems encountered by the adolescents over the world. Sexual health can only be improved by giving people education about its effects and causes and by changing the perception of individuals towards sex, which help in reducing the percentage of violent sex. Sexual health of Canadians can be modified by taking other country examples in consideration, which are better than Canada in sexual health matters. (See Maticka- Tyndale, 2001). 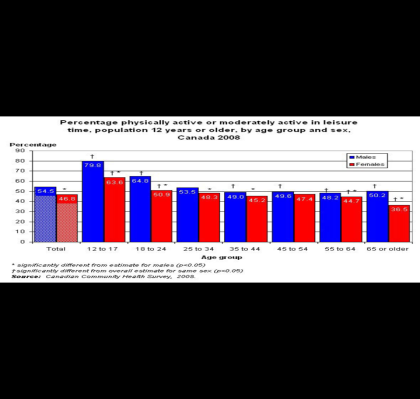 A person’s sexuality is defined by one’s sexual orientation, gender identity, and sexual feelings toward others. Sexuality is expressed by humans and changes throughout the different phases of life.

Spirituality and Sexuality in Palliative Care

Anjum zahoor Significance of spirituality and sexuality in palliative care   According to WHO (2012) “Palliative care is an approach that improves the quality of life of patients and their famil...

Josefina B. dela Cuesta Introduction Research plays a vital role in our lives especially in the health care setting wherein it gives a lot of benefits and make the people life easier and faste...

Contraception, more commonly known as birth control, refers to any number of methods or procedures used to prevent pregnancy and sexually transmitted infections (STIs). Women and men have used methods of birth control since ancient times....