Cognition is a complex and multidimensional set of mental processes that empower an individual to ‘know’ the world and the immediate environs and interact accordingly1.Cognition from a broader perspective denotes a relatively high level of processing of specific information which encompasses thinking, memory, motivation, perception, language and skilled movements. The origin of the word cognition is from the Latin word “cognoscere” meaning to know

The study of cognition (cognitive psychology) has become a crucial discipline in the study of a number of psychiatric disorders, ranging from severe psychotic illness like schizophrenia to relatively benign2.

The main focus of cognitive psychology is the way humans process information, looking at how information that comes in to the person is treated( called stimuli by behaviourists), and how such treatments leads to responses. It can also be stated as the domain is has interest in variables that transcend between stimuli-input and response-output. The study of internal processes like perception, attention, language, memory and thinking is mainly done by cognitive psychologists.3

The history of cognitive psychology can be dated as far back as the end of the 1800s and early 1900s in the works of Wundt, Cattel and William James and its intellectual inception in Aristotle’s published “De Memoria”. The study then declined in the mid of the 20th century with the rise of “behaviourism” after which came “cognitive revolution” when researchers begun the delve back into the study of the mind based on theories of understanding and processing of information.4

Cognitive deficits also known as cognitive impairment or brain fog is an inclusive term used to describe the loss of thinking skills or intellectual abilities such as perception, understanding, acquiring and responding to information5. This affects the way and manner a person reasons out, remembers and thinks. An example of how this peril manifests is trouble in recalling words in a speech and difficulty in solving simple math problems previously solved.

In the above stated disorders cognitive deficits may result in the inability to:

In addressing the relationship between cognitive deficits and these disorders the following questions I think should be analysed and thought of in line with them:

Schizophrenia is classified as a multidimensional disease with symptoms and impairments that go beyond psychosis (lunacy). A core feature of schizophrenia is cognitive dysfunction and it is observable at the onset of the disease and persists through the course of the disease.6,7 . Cognitive functioning ranges from moderately to severely impaired patients with schizophrenia. The profile of impairment in schizophrenia involves many of the most essential phases of cognition in humans: memory, attention, reasoning, and speed processing. The extensiveness of this impairment has headed some to conclude that it is a disease with a global profile of neuropsychological impairment.5

The concepts of “hebephrenia” and “catatonia” with “paranoia” into a single disorder “dementia praecox” was united by Emil Kraepelin in 1896. Kraepelin believed that this was a progressive disorder beginning in young age and early adult life, and showed symptoms of delusions and hallucinations, disorderly thought, loss of concern in the outside world and loss of emotional reactions.8,9

In contrast, a Swiss psychiatrist, Eugen Bleuler proposed in 1911 that there was not a single illness “dementia praecox” but rather “a group of schizophrenias” meaning “split mind” and he classified the symptoms as primary and secondary for this disorder. The primary symptoms he suggested were ambivalence, autism, (loss of interest in the outside world), affective blunting (loss of emotional responses) and altered associations (thought fragmentation). In dissimilarity he felt the secondary symptoms, delusions and hallucinations while often present were not specific to schizophrenia.8

The most substantial succeeding attempt to clarify the clinical meaning of schizophrenia was proposed by Kurt Schneider in 1950 and he considered certain symptoms as particularly indicative of the disorder with examples as particular types of hearing hallucinations and characterised these “first rank symptoms”. This concept of schizophrenia has remained leading into early 21st century diagnostic thinking though it is not without its weaknesses. Today, the world sides with Bleuler’s affirmation that the disorder does not all the time lead to progressively poorer functioning, but Kraeplin’s definition of symptoms and causes is still leaned on.9.

COGNITIVE DEFICITS IN SCHIZOPHRENIA AND ITS CLINICAL RELEVANCE.

Schizophrenia is a disorder that affects the brain and reflects negatively in the way a person acts, thinks, and sees the world. Individuals with schizophrenia have an altered perception of reality. They often see things or hear voices that don’t exist, speak in bizarre or confusing ways, and believe that others are trying to hurt them, or feel like constantly they are being watched by others close to them. With such an unclear line between the real and the imaginary, schizophrenia makes it challenging—even frightening—to negotiate the happenings of everyday life. Persons with schizophrenia may retract from the outside world or act out in confusion and panic.10,11

Signs and Symptoms of Schizophrenia

The ground causes of schizophrenia are not entirely well-known but, it appears that schizophrenia usually results from a multiple communication between genetic and environmental factors. 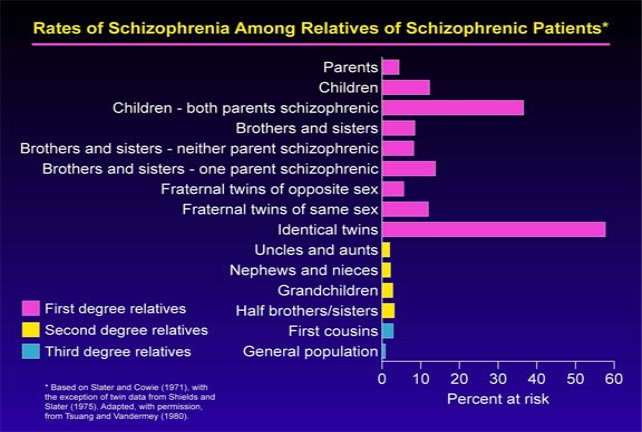 Prenatal exposure to a viral infection

Exposure to a virus during infancy

Physical or sexual abuse in childhood

Abnormalities in brain structure may also play a role in schizophrenia in addition to the abnormal brain chemistry. Observed in some schizophrenics is enlarged brain ventricles, indicating a deficit in the bulk of brain tissue. There is also evidence of abnormally low function of the frontal lobe, the area of the brain responsible for planning, reasoning, and decision-making. Some studies also suggest that abnormalities in the temporal lobes, hippocampus, and amygdala are connected to schizophrenia’s positive symptoms. But despite the evidence of brain abnormalities, it is highly improbable that schizophrenia is the consequence of any of problems in any one region of the brain13,14.

Interference to normal daily happenings. Schizophrenia causes substantial disruptions to day-to-day functioning, both because of social difficulties and because everyday tasks become difficult, if not impossible to do. Doing normal things like bathing, eating, or running errands are typically prevented in schizophrenics due to their disorganised thoughts, hallucinations and delusions10

Alcohol and drug abuse. In an attempt to self-medicate or relieve symptoms, people with schizophrenia frequently develop problems with alcohol or drugs. Also, they may also be heavy smokers, a thwarting condition as cigarette smoke can hamper with the effectiveness of medications prescribed for the disorder.10

Increased suicide risk. Any suicidal talk, threats, or gestures should be taken very seriously since people with schizophrenia have an increased risk of committing suicide. People with schizophrenia are especially likely to commit suicide during psychotic episodes, during periods of depression, and within the first six months after they have commenced treatment.

Treatments for Cognitive Impairment in Schizophrenia

Although all currently available antipsychotic agents have some antagonistic activity at D2-receptor sites, they vary substantially with regard to their activity at other receptor sites. Atypical antipsychotics affect multiple neurotransmitter systems, including cholinergic, adrenergic, serotonergic, and dopaminergic types. It is the activity of these agents at non-D2 receptor sites that may have important clinical consequences, including selective effects on the cognitive deficits of schizophrenia. Unfortunately, at present, the relationship between receptor subtype and cognitive function is poorly understood (Meltzer and McGurk 1999). Despite the fact that the results of the meta-analysis by Keefe et al. (1999) appear promising, the results of large-scale clinical trials are required to elucidate the extent to which specific cognitive deficits in schizophrenia can be improved by currently available treatments and what neurotransmitter receptors are involved.16

Although schizophrenia is a chronic disorder, there is help available. With support, medication, and therapy, many people with schizophrenia are able to function independently and live satisfying lives. However, the outlook is best when schizophrenia is diagnosed and treated right away. If you spot the signs and symptoms of schizophrenia and seek help without delay, you or your loved one can take advantage of the many treatments available and improve the chances of recovery.

Everyone experiences emotional ups and downs from time to time caused by certain events in our lives. Mental health related conditions go beyond these emotional reactions to specific situations. They are medical conditions that cause changes in how we think and feel and within our mood.

Part 1 – Case study and treatment plan Summary Jacob is a 63 year old man with a history of Major depressive disorder and Alcohol use disorder. He lives alone and has had many failed relationships, ...

Contextual Framework on the Barriers, Assessments and Treatments

Introduction  Everyone experiences emotional ups and downs from time to time caused by certain events in our lives. Mental health related conditions go beyond these emotional reactions to specifi...