Schizophrenia is a common psychiatric disorder. One to one point five percent of the total population suffers from schizophrenia. The severity of the symptoms and chronic patterns of schizophrenia often causes a high degree of disability. Most of those affected by schizophrenia respond to drug therapy and many are able to lead productive and fulfilling lives.

Studies have shown that genetics, neurobiology, environmental, psychological and social factors are important contributory factors of schizophrenia. Some of the recreational activities and medications might cause or worsen symptoms. Researchers in the psychiatric field are now focused on the role of neurobiology, but no single organic cause has been found. Genetic causes could put a person at higher risk for developing schizophrenia and stressful life events could trigger onset of the symptoms. (Sahebarao mahadik, 2008)

Schizophrenia is characterized a constellation of distinctive and predictable symptoms. The symptoms that are not commonly associated with the disease are called positive symptoms and negative symptoms. These symptoms will lead to isolation in the patients. Most of them have no insight in to their illness. So they need effective treatment.

Complete cure is difficult in case of schizophrenia. So preventive measures and early detection can be focused. The treatment success rate with antipsychotic medications and psychosocial therapies can be high. Early diagnosis intervention in psychosis including promotion of early help-seeking behavior will promote better out come in schizophrenia. The main preventive measures for schizophrenia are decreasing the maternal stress during pregnancy, avoiding x-ray exposure during pregnancy and lowering the level of stress for child while growing up. (Yung AR, 2009).

A combination treatment of anti psychotic medication and therapies such as creative art therapy can be used in schizophrenia. One in four people with the illness completely cure within five years. Psychological therapies are the important pathway to treatment. For most patients, symptoms can be decreased and well being can be increased.

Creative Art Therapy is especially effective in schizophrenic patients. Art therapies combine the use of art materials with psychotherapeutic techniques that aim to encourage self- expression and promote self-awareness. They appear to be popular with patients and may result in improved mental health; especially reductions in negative and general symptoms of schizophrenia. Which are those least responsive to pharmacological interventions. (Mike j Crawford, 2008).

NEED FOR THE STUDY

The schizophrenia patients have disturbances in thought and cognitive impairment and one of the most disabling and emotionally devastating illness known to man. Schizophrenia affects up to one in a hundred people at some point and can cause hallucinations, delusions, loss of energy and motivation.Creative psychological interventions such as Creative Art Therapy are widely used in combination with drugs.

In world wide 1 to 1.5% population were suffering with schizophrenia. It is often a chronically disabling condition therefore this condition is highly responsible for the population’s morbidity. The incidence rate of schizophrenia is 12-60 in 10000 per year as of 2011, its peak age of onset for men and women are 20-25 and 25-30 respectively. Schizophrenia occurs in all societies regardless of class, colour, religion and culture. (Dr.Robin Murray, 2009).

STATEMENT OF THE PROBLEM

A study to assess the effectiveness of Creative Art Therapy on positive and negative symptoms among schizophrenic patients in selected psychiatric hospital, Coimbatore.

It refers to the outcome of creative art therapy in terms of reducing the positive and negative symptoms of schizophrenia.

Creative art therapy is a form of expressive Psychotherapy that uses art materials which encourages self-expression of patients in the presence of therapist.

Patient who are in the age group between 20-50 years, suffering from schizophrenia with interference of thinking, emotion and perception in their day today life.

H1: schizophrenia patients who receive Creative Art herapy will show a significant reduction in positive symptoms than the patients who do not receive it.

H2: schizophrenia patients who receive Creative Art Therapy will show a significant reduction in negative symptoms than the patients who do not receive it.

The study is limited to,

The concept is a thought, idea or mental image framed in mind on response to learning something new. A frame work is a basic structure supporting anything. Conceptual frame work deals with abstraction which is assembled by nature of their relevance to a common theme. (Christenson j Paula, 2002).

A conceptual frame work is global ideas about the concept in relation to a specific discipline. Conceptual modes are made up of concepts which describe the mental image of phenomena and integrate them in to a meaningful configuration. It is a visual diagram by which the research explains the specific area of interest. One of the important purposes of conceptual frame work is to communicate clearly the relationship of various concepts. (Kerlinger K N, 2002).

In this study the researcher adopted modified j w Kenny’s open system model (1991) as a basis for conceptual frame work. according to j w Kenny ,all living systems are open and their in continuous exchange of matter,energy and information,which result in various degree of interaction with the environment from which the system receives input and gives back output in the form of matter,energy and information. System model consists of three phases ie,input throughput and output.

Based on j w Kenny input can be matter energy and information from the environment. In the present study, environment refers to hospital and input refers to positive and negative symptoms in experimental and control group of patients by using PANSS and collection of demographic data and clinical data from both the group.

According to the theorist, the matter, energy and information is continuously processed through the system, which is also called complex, transformations known as throughput. Process is the use of input i.e. energy and information for the maintenance of homeostasis of the system in the present study. Process includes the providing creative art therapy to experimental group and no intervention to the control group.

J.W.Kenny noted after processing the input, the system returns to the output (matter, energy and information) to the environment in an altered state. Change is a feature of the process that is observable and measurable as output, which should be different from that which is entered in to the system. In the present study, output is difference in the positive and negative symptoms.

According to the theorist, information of environmental responses to the system, output is utilized by the system in adjustment, correction and accommodation to the interaction with the environment. The effectiveness of Creative Art Therapy on reduction of positive and negative symptoms is considered as the difference observed and expected. 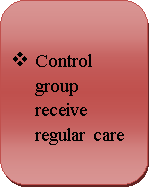 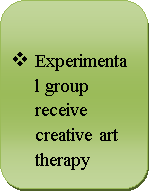 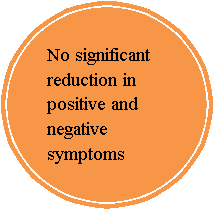 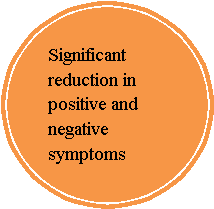 Schizophrenia is classified as a multidimensional disease with symptoms and impairments that go beyond psychosis (lunacy). A core feature of schizophrenia is cognitive dysfunction and it is observable at the onset of the disease and persists through the course of the disease. Cognitive functioning ranges from moderately to severely impaired patients with schizophrenia.

Analyse the care given the patient in your case study from biological, psychological and sociological perspectives. Mr X a 26 year old gentleman diagnosed with paranoid schizophrenia; he lives at home...

INTRODUCTION Cognition is a complex and multidimensional set of mental processes that empower an individual to ‘know’ the world and the immediate environs and interact accordingly1.Cognition from...

Risk assessment of the potential of violence to self or others has been accepted as a core component of clinical practice in psychiatric forensic community and private clinical environmental settings ...