Critically discuss the relationship between social factors and health inequalities. Making reference to at least two theoretical approaches to explaining health inequalities, suggest how useful they are, as well as addressing their weaknesses.

Understanding the inequalities in health and their association with various social issues/factors is the objective of this essay. The essay also seeks to explain these underlying health inequalities with social factors using different theoretical methodologies.

But, before discussing the correlation between the various social factors and health inequalities we need to comprehend ourselves with the significance of Health. As per the World Health Organization (WHO): “ Health is a state of complete physical, social and mental well-being and not merely the absence of disease or infirmity. The enjoyment of the highest attainable standard of health is one of the fundamental rights of every human being, without distinction of race, religion, political beliefs or economic and social conditions”(WHO, 1948).1

Based on this definition, National Institute Health Excellence (NICE, 2012) defines Health Inequalities as “an inability to attain the health among different groups or individuals due to difference in their social, geographical, cultural/behavioural, biological or other factors.”2 In simpler terms, health inequalities can be defined as “an unjust disparity in the health when these differences are not only preventable but are also unnecessary”.3

To further explain these differences, different theoretical attempts were made including social class, material deprivation, behaviour and culture, artefact, environmental and selection theory, the geographical aspects, difference in genetics and the life course perception of health played a vital role in understanding the health inequalities.3

The diagram above shows the various causes of health inequalities divided into different categories of fundamental causes; environmental influences; and finally individual experiences which finally in-turn lead to the disparity in wellbeing and health of different groups or individuals.

The fundamental causes are the factors which cannot be undone such as, Global economic forces, socio-political environment and priorities lead to an unequal distribution of income, power and wealth which can further trigger poverty and marginalization of the individuals belonging to different social groups and classes.

These initial differences further influence the distribution of environmental influences, such as availability or accessibility of employment, schooling, better housing, health services and various societal & cultural opportunities. Thus, shaping the individual experiences across the population leading the inequalities in the health outcomes.

There are numerous examples across the globe which have claimed the link between these various social factors to the health of the individual or groups.

The very first information in this group is the Black Report of 1980 stating the effect of the social classification of a person on his/her health.4 The findings reported a huge gap in the proportion of people suffering from ill-health increased as we go down the social ladder, which had nothing to do with the health services delivered by the National Health Services (NHS) in the country but was mainly due to unemployment, poor hygiene, low income and poor housing.4-7

Similarly, a publication by Wilkinson and Pickett (2009)  “The Spirit Level” also claimed that economically weaker sections of the societies have an additional ill-health and social problems compared to their stronger counterparts. This argument was further strengthened by the finding of “Strategic Review of Health Inequalities in England” (2010).8 Thus, advocating income inequality as a key explanation for all the prevailing health disparities.

However,the novel Neoliberal discourse was another factor which also provided an explanation to the health inequalities using factors other than income disparity. Few studies carried out in past have exhibited that more neoliberal countries (the United States of America) have poorer health compared to the less neoliberal countries (Canada).8 This was proven by a comparative study carried out by Siddiqui A et al.,(2013) to understand the effect of Neoliberal reform in both the countries. The findings of the study indicated that Canada was more resilient in terms of health inequalities despite the income inequality among various social groups. Canada was able to achieve this because of their policies of maintaining equality in the provision of various social goods like healthcare and education and maintaining a social cohesiveness across different racial/cultural & class-based groups.9  Additionally, Corburn D (2004), have also demonstrated the association of neo-liberalism (using infant mortality) with greater poverty and health inequalities and the countries with less neo-liberalism have better health compared to ones which are more neo-liberal.10

Another landmark example describing the effect of social factors on health disparity was the Whitehall (I)Study. The study concentrated on a group of British Civil Servants – wherein the people within each occupational grade tend to be similar, yet socially distinct between the grades. The study investigated the cardiovascular function, high blood pressure, smoking, hobbies etc among the individuals. The results showed that there was a steep inverse relationship between social class and high blood pressure. Summing up the outcomes, the researchers concluded more attention need to given to the social environment, job design and income inequality to avoid health disparities.11

These are a few pioneering examples depicting the effect of various social factors on the prevalence of health inequalities not only amongst different but also within similar social groups/ individuals.

As mentioned previously in the essay there are different theories explaining the health inequalities. However,  there are four main theories which are mostly applied to explain them ie., 5,6

These theories help to differentiate the characteristics affecting health across different social classes over their lifetime.

For instance, the behavioural theory was used to describe the difference among numerous health-related choices such as dietary patterns, consumption of tobacco, alcohol and drugs, utilization of preventive healthcare services among different social groups.4-6 Similarly, the materialist theory was aptly used in the report as a decisive factor leading the health inequalities. The theory encompassed the factors like air pollution, infestations and respiratory hazards which has risen due to poor income condition.4,5,7

Likewise, the psycho-social theory explains the concept of people’s experiences determining the changes in the physiology of their body. For instance, a hectic social atmosphere associated with the lower working groups of an organization can produce a negative biological effect in the body leading to a greater incidence of morbidity and mortality among the people belonging to that societal section.

And finally, the life-course theory which focused on all the aspects of societal, emotional and biological advantages and disadvantages occurring during the lifetime of a person which eventually defines the health outcome of that particular individuals. This could be again be used for the people living in the poorer section of society who were at a disadvantage since their birth, thus ultimately resulting in inferior health and social outcomes during their entire lifetime.

Therefore, in the end, there are few things which can be concluded through this essay. Firstly, even though there are many theories explaining health inequalities among different social groups, its mainly the socio-economic conditions along with the political, societal and environmental forces which predominantly create or destroy a person’s health and wellbeing. Secondly, there isn’t one full-proof theory which can explain prevailing gaps in the healthcare system. Finally, despite having numerous theoretical explanations to numerous health inequalities the political and societal forces across the nations have failed to address these social factors. Henceforth, there is a dire need to address these factors in order to ensure an equal chance of a healthy life for everyone.

A social issue is a problem that influences many citizens within a society. It is a group of common problem in present-day society and one that many people strive to solve. It is often the consequence of factors extending beyond an individual's control. 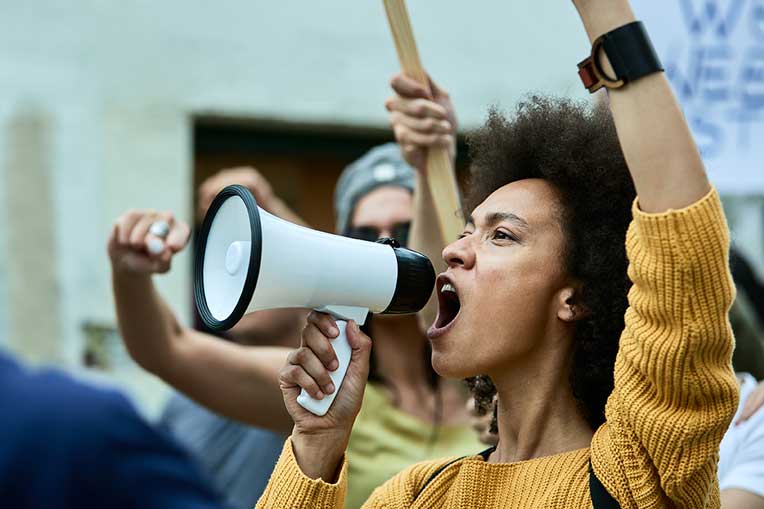 How Does Public Health Research Ethics Differ From Clinical Research Ethics? Zoheb Rafique   INTRODUCTION: The field of biomedical ethics arose in late 1960s in the response to some emerging ethic...

The Implications of Social Issues in Health and Social Care

The Implications of Social Issues in Health and Social Care This essay will discuss how society can impact health and wellbeing through the influence of socio-economic factors. These factors will be u...

Health professionals, particularly those working in primary care, have an important part to play in promoting good health. Therefore it is the intention of this essay to explain the theoretical base ...