The Complex Association between Alcohol Consumption and Depression

Symptoms of depression are typically among those who abuse alcohol. Previous research has shown a positive correlation between alcohol consumption and depression exists; however, the exact nature of the association is complex. The purpose of this paper is to examine the relationship between the amount of alcohol consumption and severity of depression as described by the Alameda County Health and Ways of Living Study (ACHWLS) dataset. The raw data was aggregated, transformed, and used to calculate new variables. Correlation and curve estimation analysis was performed on the calculated variables. An overall positive correlation was confirmed, and previous research was upheld by demonstrating that abstainers and heavy drinkers have greater symptoms of depression than lite to moderate drinkers. However, a complex S-shaped pattern, with low symptoms of depression among very heavy drinkers, was determined to be the best fitting regression model. This finding has previously been undescribed, and may be due to the limitations of self-reporting by very heavy consumers of alcohol and the severely depressed. Further study is suggested, with screening performed by trained professionals, to confirm this finding.

The Complex Association between Alcohol Consumption and Depression

Alcohol consumption and depression are frequently co-occurring conditions. A cyclical pattern of escalating comorbidity has been described in people with both disorders, but previous studies have shown that the association is not a simple linear correlation. The aim of this paper is to conduct a secondary data analysis of the 1994 ACHWLS dataset to describe the relationship between alcohol abuse and depression.

Alcohol abuse is common and is often associated with depression. In a 2012 survey, conducted by the Substance Abuse and Mental Health Services Administration, of Americans over the age of twelve: 17.0 million reported heavy drinking, and 14.9 million were diagnosed with alcohol dependence (SAMHSA, 2013). According to the SAMHSA (2014), an estimated 43.7 million American adults experienced some form of mental illness; and an estimated 9.6 million adults had a serious mental illness, including major depression. Of these, 8.4 million people had co-occurring mental illness and a substance use disorder (SAMHSA, 2014). Of people with alcohol problems, 80% show symptoms of depression (Mclntosh & Ritson, 2001), and 25% of those with depression also have an alcohol problem (Chick, 2002).

Numerous studies confirm the positive association between alcohol consumption and depression (Alati et al., 2005; Dixit & Crum, 2000; France et al., 2004; Hartka et al., 1991; Rodgers et al., 2000). However, the nature of the relationship is complex, as both the abstinence from and heavy consumption of alcohol are both associated with an increased risk of depression (Alati, et al., 2005; Blow, Serras, & Barry, 2007; Rodgers et al., 2000). It is clear that the relationship is non-linear (Rodgers et al., 2000b), but there is uncertainty over its exact nature. Whether the association curve is J-shaped or U-shaped depends on the method of measurement (Graham, Massak, Demers, & Rehm, 2007).

The 1994 ACHWLS is part of a longitudinal funded by the National Institutes of Health, which began surveying a random sample of households in Alameda County, California in 1965. Alameda County was chosen because the diversity of residents closely resembled the population of the United States, and thus allowed for greater generalizability to the American public. The 1994 ACHWLS attempted to follow-up on all the respondents interviewed in 1965 and 1974 with a self-administered questionnaire regarding living patterns, health, and socio-demographics.

No one question, on the ACHWLS, completely reflected the intensity of alcohol consumption, or the severity of depressive symptoms, exhibited by the respondent, so a strategy to represent a cumulative score for these variables was developed. Key questions regarding alcohol use and symptoms of depression were identified and aggregated in Table 1 and Table 2 respectively. Several responses to questions were reversed so that a higher numerical score reflected an increased severity of symptoms. Responses were subsequently transformed to a zero-based scale. Table 3 and Table 4 show the recoded values. Table 3 and Table 4 were each summated to calculate the new variables DRINKING and DEPRESSION respectively.

Being the sum of several ordinal values, it is important to clarify that DRINKING and DEPRESSION both represent continuous scales of intensity. Although their possible ranges are limited on this instrument, their values could theoretically be measured on an infinite positive scale of rational units. As such, parametric testing is appropriate; even though the data is not a perfectly normal distribution, parametric procedures are still valid because of the very large sample size (Ghasemi & Zahedias, 2012).

Pearson’s correlation was performed to test the overall relationship between quantity of alcohol consumption and of severity depression. Since convincing evidence has previously demonstrated a positive association exists between the variables in question, directional analysis was used to determine the p-value. This method increases the experiment’s statistical ability to discover an effect without changing the level of significance. To describe the nature of the association, non-linear regression was performed in SPSS. The curve was estimated using several models, including linear, quadratic, and cubic to determine the best fit.

Cubic regression was the best fitting curve, but only a small degree of variability was explained by this model. This may be due to possible limitations of the DEPRESSION variable. A more sensitive instrument to gauge depression severity may yield a higher R2. Also, due to the nature of very heavy drinking and severe symptoms of depression, persons with these afflictions may be under-represented in the ACHWLS survey. This possibility may be responsible for the low R-value. Screening performed by trained professionals may increase the correlation and variability explained by this model.

Interestingly, the curve showed a complex S-shape, with very high alcohol consumption being associated with lower symptoms of depression. This observation may also be related to the sensitivity of the DEPRESSION variable, or it may be related to a reporting problem among very heavy drinkers. Although a maximum score of 24 is allowed by the screening instrument for DRINKING, the maximum score reported was only 18. This may suggest that very heavy drinkers were not accurately represented in the study data source. Very heavy drinkers and very depressed persons may not have responded to the survey or not have responded to all the items in Table 1 and Table 2 due to the nature of their alcohol problem or depression. A more focused study with screening performed by trained professionals may yield more accurate results than a generalized survey relying on self-reporting.

Correlations are weak; however, the over-all effect of alcohol consumption on depression is positive. The exact nature of the association is complex, with both heavy drinkers and abstainers showing greater symptoms of depression. The best fitting curve, for this dataset, is cubic with an S-shaped pattern. However, limitations among responders with very heavy drinking and severe symptoms of depression may be influencing the curvature. A focused study with screening performed by trained professionals is recommended.

Note: Responses appear exactly as they are reported in the 1994 ACHWLS.

Note: Responses appear exactly as they are reported in the 1994 ACHWLS.

Note: Responses to items with IDs ending in “R” are recoded to reflect a higher severity with higher numerical value. All other responses appear exactly as they are reported in the 1994 ACHWLS.

Note: Responses to items with IDs ending in “R” are recoded to reflect a higher severity with higher numerical value. All other responses appear exactly as they are reported in the 1994 ACHWLS.

Note: Self-reported ethnicity / racial demographic data summarized from respondents of the 1994 ACHWLS who submitted complete responses to all question items listed on both Table 1 and Table 2. 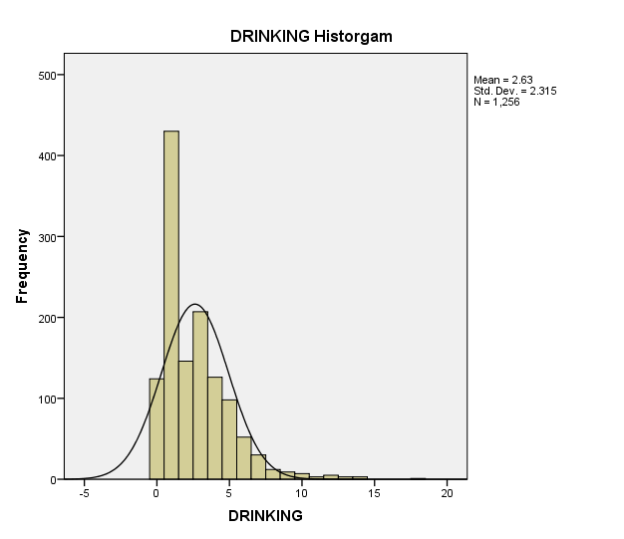 Figure 1. Distribution of data for DRINKING variable. DRINKING is summation of responses listed in Table 3. Possible values range from 0 to 24. 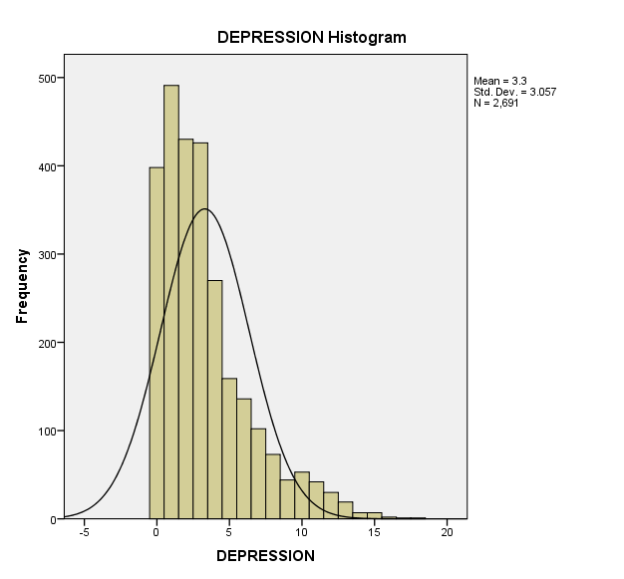 Figure 2. Distribution of data for DEPRESSION variable. DEPRESSION is summation of responses listed in Table 4. Possible values range from 0 to 18. 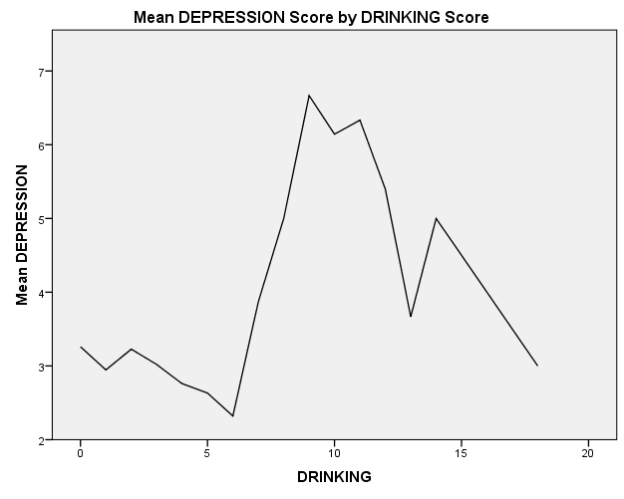 Figure 3. Mean of all DEPRESSION scores corresponding to each DRINKING value. 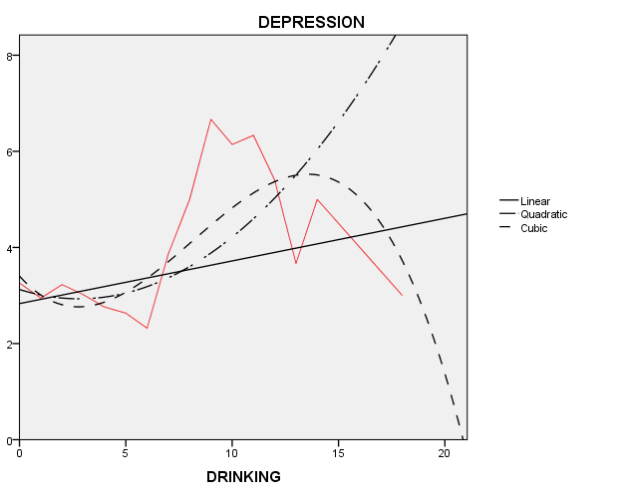 Figure 4. Best fit curve estimation for variables DRINKING and DEPRESSION. Mean data collected from the ACHWLS is shown in red. 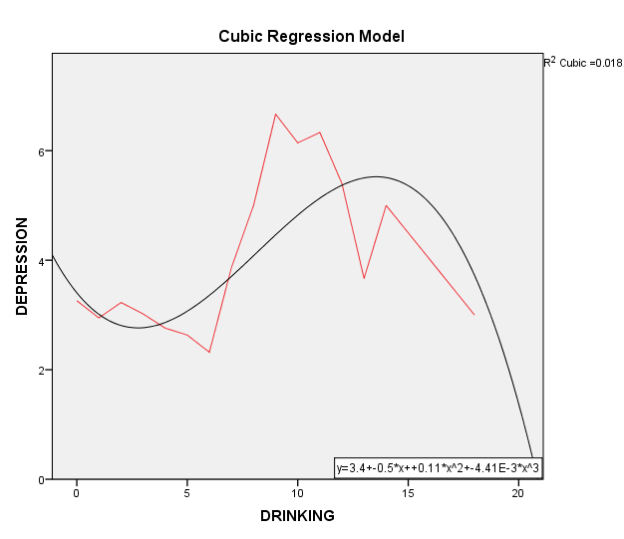 Figure 5. Cubic regression curve is given by the formula above. Mean data collected from the ACHWLS is shown in red.

Depression is common mental health disorder, which affects over 350 million people of all ages worldwide. Depression is frequently linked with other mental health illnesses, such as disruptive behaviour disorders, anxiety disorders and substance use disorders.

Part 1 – Case study and treatment plan Summary Jacob is a 63 year old man with a history of Major depressive disorder and Alcohol use disorder. He lives alone and has had many failed relationships, ...

Policy Analysis Sile Mpofu At some stage in their lives, Australians will be affected by some form of mental illness. Mental illness is very common in Australia and at least 3% of the population ex...

Postnatal Depression affects around 10-15% of mothers having their first baby. Depression during this time is seen as putting the mother at risk for the onset of a serious chronic mood disorder. Stu...