A case report and review of literature

We present a case of a 55-year-old man who suffered from shortness of breath and syncope; he was sent to our department for suspecting pulmonary embolism. We proceeded Computed tomography pulmonary angiography (CTPA) and Transthoracic echocardiogram (TTE) , confirmed the diagnosis which was caused by right atrial mass. After the surgery the patient was diagnosed as right atrial myoma (RAM) with pulmonary myoma emboli without no adverse event. The residual emboli were partially improved after one month anticoagulation. We reported this case and review of the relevent literature to help clinicians improve the understanding of diagnosis and treatment of pulmonary embolism caused by RAM.

Pulmonary embolism, most commonly originating from deep venous thrombosis (DVT) of the legs, ranges from asymptomatic, incidentally discovered emboli to massive thromboembolism causing immediate death. PTE is a life-threatening disease with a high morbidity. Annually, as many as 300,000 people in the United States die from acute PTE, which is much more common in China at present than 10 years ago (1). About 50-70% emboli of pulmonary embolism originated from deep venous thrombosis (DVT), most of which in lower extremities. Such patients without DVT should screen occult cancer. Although cancer associated venous thrombosis was widespread described, the emboli from benign tumor are less mentioned (2). Majority of the atrial myxoma complicated pulmonary emboli are tumoral, thrombotic emboli were less reported (3,4). We report a rare case of RAM with a pulmonary localization mimicking pulmonary emboli.

The surgical approach was through a medial sternotomy under extracorporeal circulation. The right atrium wall was opened and a gelatinous consistency tumor with necrosis, fragile, measuring 40*50mm, adhering to the inter-atrial septum (Figure 2), a 30*20*70mm tumor embolus in the right main PA, the distal end was near right upper PA. The tumor cells expressed CD34 and calretinin, and were negative for CK and SMA. The histopathological examination confirmed myxoma (Figure 3) in right atrium and right pulmonary artery. The patient was treated warfarin (target INR, 2-3) for 1 month. Repeated CTPA showed left lower PA filling defect with no improvement after 2 months (Figure 4c), right and other left PA filling defect resolved (Figure 4a, 4b). 2 years follow-up he was asymptomatic.

Cardiac tumors are less common, most of which are from metastasis. The incidence rate of primary cardiac tumors (PCTs) in autopsy ranges from 0.02 to 2.8‰. 30-50% of PCTs are myomas, 75% in the left atrium and only 10-20% arising in the right atrium, which may developing from embryonic or primitive gut rests (5,6,7). Histologically, they consist of an acid-mucopolysaccharide rich stroma. Polygonal cells arranged in single or small clusters are scattered among the matrix.

The clinical manifestations of RAM may remain asymptomatic or appear with constitutional, obstructive or embolic symptoms according to the size, fragility, mobility, location of the tumor as well as body position and activity (5,8). Nonspecific constitutional signs, which present in 10-45% of patients with myxoma, are fatigue, fever, dyspnea, chronic anemia, weight loss, general arthralgia, and increase of IL-6, ESR, and CRP (8). Therefore the results of laboratory tests may mimic those for rheumatic disorders. These signs are more common for patients with large, multiple, or recurrent tumors, and usually recovered after resection (9). Pulmonary embolism of RAM fragments or thrombi from the surface may also occur, resulting in dyspnea, pleuritic chest pain, hemoptysis, syncope, pulmonary hypertension and right heart failure even sudden death. Acute abdominal pain was mentioned in two cases (10). Embolic event in cardiac myxoma is common, with the incidence ranging from 30% to 40% (5).

In the cases of RAM with pulmonary embolism, a smaller size, villous or irregular surface and multi-foci are most common factors associated with embolization (11). The duration period was ranging from 1 day to 3.5 years. The age of patients ranged from 17 to 76 years (mean age 42.8 years), with a higher incidence in women (20/35, 57%). In these cases RAMs are usually attached by a short pedicle to the inter-atrial septum (22/35), mostly in fossa ovalis, others are in free wall, crista terminalis, Koch triangle and multiple origins. Most of the patients were diagnosed with TTE (Transthoracic echocardiography), CT, transesophageal echocardiography (TEE) and magnetic resonance imaging (MRI), others were with angiography and autopsy. In almost all cases treatment was surgical with removal of the intra-atrial myxomas and the pulmonary emboli, which are usually tumoral. Majority of such patients recovered well after surgery. Four preoperative deaths, two postoperative deaths were reported. Right atrial thrombosis, transient ischemic attack (TIA), ischemic hepatitis and renal failure were the rare complication (Table 1).

TTE and TEE are the most commonly used diagnostic methods in the detection and initial description of atrial myxomas (23). TTE is nearly 95% sensitive for the confirmation of cardiac myxomas, and TEE reaches nearly 100% sensitivity (45). TTE facilitated bedside test to safely detect myxomas in fatal pulmonary embolism as in our patient. TEE produces explicit images of small tumors (1 to 3 mm in diameter), especially in fat patients with poor TTE images (46). The TEE also permits a clearer picture of the attachment of the tumor and more precise characterization of the size, shape, surface, inner structure and location of the mass (47). Although TEE is a semi-invasive diagnostic test with a very low rate of significant complications, lethal pulmonary embolism during TEE procedure has been reported (22).

Superior to echocardiography, multi-detectors spiral computed tomography (MSCT) and cardiac magnetic resonance imaging (CMR) are more accurate in determining the relationship to normal intra-cardiac structures and tumor infiltration into the pericardium, extension to adjacent vasculature and mediastinal structures, pulmonary arteries emboli and surgical planning (48,49). RAMs manifest as a low-attenuation intra-atrium mass with a smooth, irregular or villous surface on MSCT. Calcifications are seen in about 14% and are more common in right side lesions. Arterial-phase contrast enhancement is usually not apparent, but heterogeneous enhancement is reported on studies performed with a longer time delay (50,51). Varying amounts of myxoid, calcified, hemorrhagic, and necrotic tissue gives them heterogeneous appearances on T1 and T2-weighted images. Delayed enhancement is typical and usually patchy in nature. Steady state free preceesion (SSFP) sequences may slow prolapse through the tricuspid valve in diastole phase and can suggest the attachment point of a stalk lesion. Reconstruction of cine gradient recalled echo (GRE) images enables assessment of lesion mobility and attachment (52).

18F-FDG PET/CT can help the noninvasive preoperative confirmation of malignancy (41). Mean SUVmax was 2.8±0.6 in benign cardiac tumors and significantly higher in both malignant primary and secondary cases. (8.0±2.1 and 10.8±4.9). The SUVmax of myxoma is ranging from 1.6 to 4. Malignancy was determined with a sensitivity of 100% and specificity of 86% with a cut-off SUVmax value of 3.5. A weak correlation between the SUVmax and the size of tumors is found due to the partial volume effect, cardiac motion and respirtatory movement (53). Angiography is an invasive investigation that presents an additional risk of inducing migration of the tumor and only suitable for suspected acute coronary heart disease (37).

Surgical removal of the RAM with pulmonary embolism is the first treatment of choice and usually curative (44,45). The crucial aspects of surgery are measures for bi-caval cannulation to prevent intra-operative embolism (27), en-bloc excision of the myxoma with a wide cuff of normal tissue, removal of fragments in pulmonary arteries, and conducted under moderate or deep hypothermia, low circulatory flow or total circulatory arrest based on the extent and sites of the emboli (44). Surgical treatment leads to complete resolution with low rates of recurrence and good long-term survival. The overall recurrence rate is about 1–3% for sporadic atrial myxoma (5,54), which grows an average of 0.24–1.6 cm per year. The risk of recurrence pulmonary embolism after resection has been reported to be 0.4% to 5.0% and interval from excision to recurrence is reported ranging from a few months to 8 years (55). The reasons of RAM recurrence include multifocal origin, incomplete surgical resection, familial disposition or abnormal DNA ploidy pattern. Postoperative annual TTE, V/Q scan for long-term observation should be followed up to detect eventual recurrence of new myxoma and pulmonary embolism. Excision of the recurrent lesions may be the only choice of treatment because of the poor role of chemotherapy and radiation (28).

Pulmonary emboli from RAM are usually tumoral, although discriminating myxomas from thrombi in pulmonary arteries is difficult. Daniel T et al (56) presented the first case of paradoxical pulmonary embolism in the presence of a left atrial myxoma withouingt intra-cardiac shunting, potentially secondary to a combination of hemolysis, hemeoxygenase-1 up-regulation, systemic hypercoagulability/hypofibrinolysis, and regional venous stasis. Pulmonary thromboembolism complicated to RAM improved by coumadin therapy in a refused surgery patient (40). In our case the surgery do not remove the right side emboli, while anticoagulation was helpful for residue emboli remission, which confirmed coexistence of myxoma and thrombi. We suggest anticoagulation may be the useful in unresectable myxoma with pulmonary embolism. The duration of anticoagulation in pulmonary thromboembolism is at least three months, but the course in patients with RAM is still unknown.

According to review of the literature, RAM may not be timely diagnosed, or even totally undiagnosed. Because of the fragile consistency of RAM, pulmonary embolism are the most common comorbidity and mortality disease, usually be fatal. Surgical removal of masses from the atrium and pulmonary arteries is almost uneventful. Although the association between right atrial myxoma and pulmonary embolism has been described, the presence of thrombi was less mentioned. We suggest anticoagulation may be a choice of treatment after operation, especially in incomplete resection cases. Annual TTE and V/Q are suggested for a period of 8 years when the risk of recurrence is reported.

The authors declare that they have no competing interests. 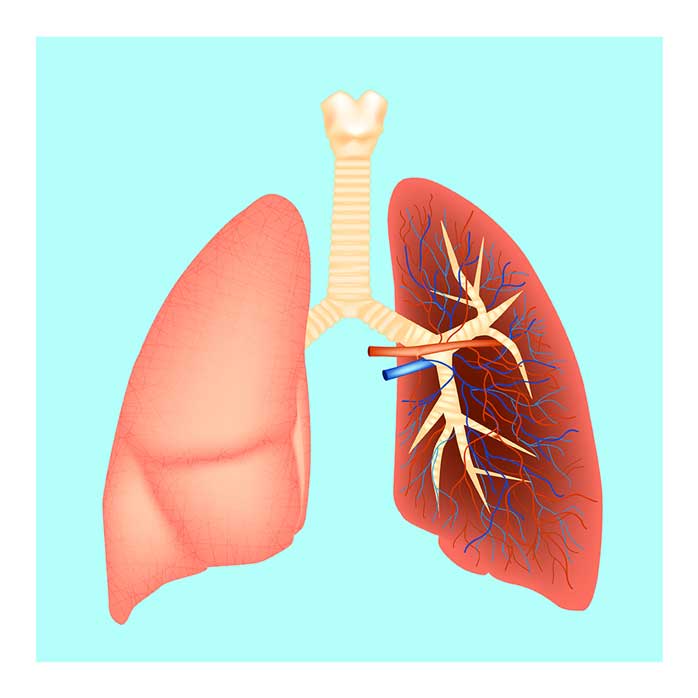 What is Deep Vein Thrombosis or well known as DVT. Did you ever heard about blood clot? A condition which a blood clot thrombus forms in a vein is known as venous thrombosis. Blood flow through the ve...

A case report and review of literature Abstract We present a case of a 55-year-old man who suffered from shortness of breath and syncope; he was sent to our department for suspecting pulmonary embol...

Evidence for the use of Rivaroxaban following an EKOS procedure for PE Contents 1. Introduction 1.1 Therapeutic problem……………………………R...