In 1988, the Institute of Medicine made a report (IOM, 1988) on "The Future of Public Health" which basically changed the way public health was planned in the USA. The committee that was set up recommended in that report that health agencies for the state levels should intensify their managerial capabilities in three essential functional areas which are assessment, policy development and assurance. The rise in attention to managerial competence has gone with the rise in interest in tracking, quantifying and improving the assessment of health impact of government agencies in the USA, (Wang, 2002) in other countries that are developed (Kemm, 2000) and all over the world (Sim, and Mackie, 2003). In the United States of America, the effort got to a serious level when the "Healthy people 2000" was published and is growing continuously. Considerable progress has been achieved in relating specific goals for the improvement of the health of the population like the rate of screening cancer and immunization to specific managerial activities like the development of human resources through programs like the Turning Point Performance Management Collaborative (Public Health Foundation, 2002). On the other hand, these programs don't deal with some holistic questions on public health (Kemm, 2000) like is it obligatory to be competent in all three functions, or is being proficient in one or two enough to attain improvement in health status that is above-average?

The Institute of Medicine conducts two national programs for children. This is geared towards the improvement of the building blocks of the children. The programs are School Breakfast Program (SBP) and the National School Lunch Program (NSLP). These programs play important parts in assisting the health and nutrition of school students in the United States by offering low-cost or free lunches that are balanced nutritionally each school day. In 2008, the School Breakfast Program (SBP) gave breakfast to 10.5 million children while over 30.5 million children received lunch from the National School Lunch Program (NSLP). At present, to get compensation from federal, school meals must meet the 1995 established regulations for standards of nutrition and requirements for meal. In the years, developments have been made in dietary guidance since those guidelines were set up.

The way in which requirements for meal are monitored and implemented will ascertain whether students take part in SBP and NSLP and eat the food that is given to them. Vital strategies of implementation to promote modification and increase the participation of student in the program include involving the school as an entity, involving parents, students, and the public; educating the students on nutrition; and providing practical assistance. The involvement of industry will be relevant to the process of implementation which includes introducing attractive foods that are low in saturated fat and sodium and those that have a higher ratio of whole grain to refined grain. Additionally, current methods for monitoring will guide the efforts of implementation. The support recommended from the services of food and nutrition include;

Practical support for continuously developing and improving menus, placing orders for suitable foods and controlling the cost of these foods while upholding their quality.

New methods for supervising the quality of meals in the school that lay emphasis on meeting important regulations for diet.

Activities of public health have considerably improved the quality and length of life all over the world (Centre for Disease Control and Prevention, 1999). In certain, the decreased incidence and occurrence of infectious disease has been a major achievement of public health. On the other hand, the progress of the future will be more problematic to achieve and assessing the public agencies' health impact will be more difficult. As stated by Jocelyn Elders, the former surgeon General of the United States, 'public health is poorly understood-perhaps because when it is effective, nothing happens'(Elders, 1995). As there are a variation in the interventions and health impacts, the ability to identify the activities of a health agency that is directly contributing its quota to the progress is hard to ascertain and is always dependent on debate (Coyne and Hilsenrath, 2002). A set of three important functions as stated above has been developed by the Federal Government's Institute of Medicine in the USA.

Not many studies have made attempt to measure the condition of public health practice in the USA as it is linked to the recommendation of the Institute of Medicine (IOM, 1988) regarding all three important functions. Out of eight studies that were initially conducted, four laid emphasis on department of local health (Handler and Turnock, 1996; Scutchfield et al., 1997) and the other four took an approach on state level (Halverson et al., 1996). Scott et al., 1990 were the first team to carry out a complete census based on the important functions of public health indicated by the Institute of Medicine. Seven years later, Scutchfield et al., (1997) repeated the survey done by Scott et al., (1990) and found that the number of agencies involved in assurance and assessment activities was in general, unchanged. On the other hand, the percentage of health agencies in the state level that are enthusiastically involved in policy development dropped from 72% to 49% within the same period. For policy development as it relates to particular issues, such as genetics and the prevention of disease (Piper et al., 2001), states displayed even decreased levels of activity. This means that in just about half of the states, the functions of a formal policy development were absent even on the basis of self-report. In the research on management, approaches bases on configuration are used to look at the relationship between performance, structure of the organization and decision making, and the strategic planning capabilities of organizations. Additionally, a positive connection between financial performance and systems configuration of strategic planning has been confirmed to exist objectively (Veliyath and Shortell, 1993). On the other hand, no researches to date have made attempt to distinguish configurations on non-monetary measures of success such as the outcomes of healthcare.

The extremely essential feature of any configuration is defining the planned purpose of the organizations that are analyzed. From the perspective of public health, it is essential to assess the effects of the important functions on the measures of population health status. Consequently, analytically linking the planning models of agency to the assessment of public health impact is a natural addition of the methodology of configuration.

The department of health and human services in the US has recognized 10 leading health pointers and suggested that they should be used as measures of outcome because they "help everyone understand the importance of health promotion and disease preventionâ€¦ developing strategies and action plans to address one or more of these indicators can have a profound effect on increasing the quality of life and eliminating health disparities" (US Department of Health and Human Services, 2000). The principal health indicators are

Quality of the environment

Other researchers and organizations (Sutocky et al., 2000) have set up a directory of the health status of community using similar measures for example, since 1989, the group called the UnitedHealth has formed yearly reports that ranks the general state of health in all 50 states. The report gives a detailed view of the health trends of the population across the US. The marks are made to pull attention to vital measures that affects the health of the public. Additionally, arranging the items into a single variable permits an all inclusive comparison of general health progress with the important functions. Consequently, pinpointing relationships between the configuration of important functions and the improvement of the health of the population is a relevant addition to both research in public health and management.

Lesser resources may be needed to organize new HIAs if researchers can pull the reviews of literature and methods from related Health Impact Assessments formally done in the United States, taking note of the variations in domestic environment and specifications of project and policy. For instance, the analysis of health impact based on U.S. of additional income from a living salary order (Bhatia and Katz, 2001; Cole et al., 2005) may be important as part of the effect of health analysis that is attributed to employment created by a new business development in the United States' data on network between income and health from Europe will be not so applicable for such an analysis because of clashing economic, social and political conditions.

An expert team in 2004 critically looked into the possibility for increased use of HIAs in the United States and made suggestions on the next steps that could improve the use of HIAs (Dannenberg, 2006). These steps includes carrying out experimental HIA projects, creating a database of Health Impact Assessment completed, beefing up the capacity to train people to carry out HIAs, developing motivation to increase the demands for Health Impact Assessments by those who make decisions and developing practical methods for predictions (Dannenberg, 2006)

Public health refers to all organised measures (whether public or private) to prevent disease, promote health, and prolong life aiming the population as a whole. Its activities aim to provide conditions in which people can be healthy and focus on entire populations, not on individual patients or diseases. 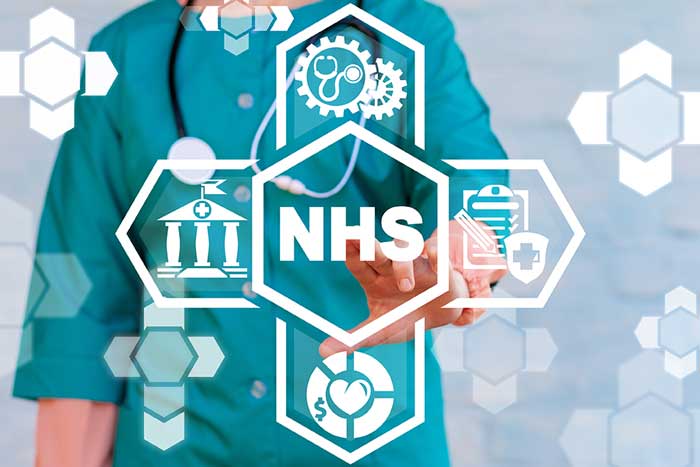 Although human immunodeficiency virus (HIV) infection has killed more than half a million people in the United States, a comprehensive public health approach that has stopped other epidemics has not b...

Public Health Past And Present Health And Social Care Essay

Health is a state of complete physical, mental, and social well-being and not merely the absence of disease or infirmity (WHO, 2006). The concept of health is the main theme and focus of public healt...

China is an important country in Asia and has the largest population in the world. The total population in China is 1.41 billion in 2017 from WHO database1 and is 20% of world population....