“Passing the disease to a new born is a human rights violation. This should stop and all of us must try to make this a success,” Oscar Fernandes (Head of Forum of parliamentarians on HIV/AIDS) reportedly said when asked about HIV screening among pregnant women.

Pregnancy is what make our life on earth keeps going. Making a healthy progeny, would help the existence of our species in our natural GOD given form. If the progeny is not good, who knows, man might again turn to be monkeys as by Darwin’s theory. But that’s not what we are going to discuss here. As Oscar Fernandes says, giving a disease is a serious human rights violation, which I would call a great sin.

India has a low HIV prevalence of 0.34 percent while in terms of individuals infected, India is home to the third largest number of people living with HIV in the world. Nearly 5% of infection are attributable to parent to child transmission. National AIDS Control Organisation estimated that 2.39 million people live with HIV/AIDS in India in 2008 – 2009, a more recent investigation by the Million Death Study Collaborators in the British Medical Journal (2010) estimates the population to be between 1.4 – 1.6 million people. In the last ten years 50% decline has been seen in the number of new HIV infections. (British Medical journal 2009)

According to UNICEF, it is estimated that there are between 22,000 and 61,000 HIV pregnant women living with HIV in India. Although the percentage of pregnant women tested for HIV increased from 2% in 2005 to 23% in 2010, testing coverage is still low. The more recent National AIDS Control Organisation data, India has demonstrated a reduction of 57 % in estimated annual new infections from 0.274 million in 2000 to 0.116 million in 2011, and the estimated number of people living with HIV was 2.08 million in 2011. A study to determine seroprevalence of HIV in pregnant women in a tertiary care hospital (Kurnool Medical College) India was conducted in 2011. Out of 11,671 pregnant women, 53 were found to be positive for HIV (0.45%). (Devi R.A., Shyamala R. (2011)

Alvarez-Uria G., Midde M., Naik K.P. et al., (2011) suggested that the HIV prevalence in young pregnant women reduced from 1.22% in 2007 to 0.35% in 2011. A reduction in HIV prevalence was seen in all subgroups except in women from forward castes. Women whose job was not related to agriculture and women who had only completed primary education were more likely to be HIV- infected.

In Tamilnadu, NFH survey II found, HIV prevalence at antenatal clinics was 0.88% in 2002 and 0.5% in 2005, though several districts still have rates above 1%. The general population survey of 2005-2006 found a rate of 0.34% across the state. According to recent National AIDS Control Organisation data, there was 0.25% of antenatal clinic HIV prevalence 2007. Infochange India.

UNAIDS found that mother to child transmission is the largest source of HIV infection in children below the age of 15yrs and the estimates of children living with HIV in 2012 was 3.3 million. The joint technical mission on PPTCT (2006) found that out of 27 million annual pregnancies in India, 1,89,000 occur in HIV positive pregnant women. If not intervened timely, an estimate of 56,700 infected babies will be born annually. (NACO)

Kaushal A., Udadhyay Y. (2007) stated that children of today are the youth of tomorrow. Human immunodeficiency virus affects this very precious generation and bear grave consequences to our future, our nation, the continent and the world at large. It will adversely impact the health statistics, economic growth and above all the morale of nations. The main thrust areas include the newborn component of prevention of parent to child transmission (PPTCT), follow up of the HIV exposed infant, counselling mothers to decide the right infant feeding choices and appropriate diagnosis of infected children

Almost 10% of world’s burden of vertical transmission of HIV infection comes from India. Unfortunately, less than 4% of pregnancies avail – prevention of PTC transmission services, less than 7% of such exposed mother- baby couples are put in – prevention of mother to child transmission (PMTCT)- regimen of single dose of NVP and less than 3.5% of such babies are actually prevented from getting infected from their mothers. This is far less than United Nations General Assembly Special Session (UNGASS) goals of 20% reduction in MTCT, which was to be achieved by 2005. It is equally important to provide support to those, who are infected inspite of best efforts. This is huge task for a country like India. (National Neonatology Forum)

NEED FOR THE STUDY

Screening for HIV has been imposed mandatory in India because of the increased threat of child being born with HIV. Thousands of babies are born with HIV positive status as they acquire the virus while in their mother’s womb. So now our government of India has imposed mandatory HIV testing for all pregnant women. Though there is much of advancement in knowledge, people still widen their eyes on sound of the word ‘HIV’ itself. People just don’t want to acquaint with HIV in any way, even for testing. And some who have this doubt, about the possibility of acquiring HIV are worried about confidentiality. “India must produce a generation without HIV. This is possible if we go for detecting the virus in every single pregnant women before delivery.” –(UNAIDS executive director)Michel Sidibe said. This decision of the government was not very much welcomed because of the lack of awareness among the primi mothers.

According to USPSTF (U.S. Preventive Services Task Force) 2013, the goal of bringing end to AIDS starts with diagnosis of individual people. Current treatment has made HIV infection a chronic disease by prolonging survival and preventing further transmission. Bringing the epidemic to end will be very tough and only effective screening can make it possible. For any screening guideline and protocol to be effective, awareness about its seriousness must be known to people. (Das,M., Volberding,P. (2013).

In September 2013 BBC Health NEWS, said that researchers at Keeleuniversity found HIV was still widely seen as a disease of young people. They said older women, in particular, fear they will be seen as undignified or sexually irresponsible. Many in the study also expressed fears over the uncertain impact of the disease as they moved into old age. Dr.Dana Rosenfeld, who led the project used focus groups, surveys and life history interviews with 76 older people in the London area living with the virus. She says there was an “immense knowledge gap” in this field. She continued that it has revealed a sense of anxiety about how they may be perceived.(Brimelow,A. (2013)

Addo,N.V.(2005) conducted a descriptive study to assess the knowledge about HIV/AIDS and attitudes to VCT among 334 antenatal attendants at KomfoAnokye Teaching Hospital (KATH). The study summarizes that about 50% of respondents said a HIV positive woman could transmit HIV to her baby before birth but had no idea of any means to prevent this.

He,N., et al. (2009) conducted a descriptive study on knowledge, attitudes and practices of voluntary HIV counselling and testing among rural migrants in Shangai, China. A questionnaire was administered face to face. Among 2,690 participants, 78% had lifetime sexual intercourse with 41.3% of singles, 9.2% had multiple sex partners in the past year, only 19% had always used condoms and only 2.3% had ever had HIV testing. As far as this report is concerned, effort should be made to improve the awareness among public so as to increase usage of voluntary counselling and testing centres.

In a developing country like India, where HIV screening is made mandatory for all antenatal mothers, there is a foreseen risk of developing negligence in imparting awareness to the public. A test like this can also be done without much emphasize on knowledge regarding HIV, its screening, prevention and treatment availability. In situations like this, we find it important to evaluate or assess the knowledge and attitude aspect of the Indian antenatal women regarding HIV screening. The goal of reaching a HIV free generation will not be possible unless everyone of our nation cooperate and participate. There arise the need to know the awareness among primi mothers and their attitude regarding routine HIV screening.

STATEMENT OF THE PROBLEM

A study to assess knowledge and attitude regarding HIV screening among primigravida mothers in selected Maternity centres, Coimbatore

This term refers to evaluate or estimate the knowledge and attitude regarding HIV screening among primigravida mothers.

Refers to the familiarity and awareness of primigravida mother to the transmission of HIV, purpose of its screening and its importance

This refers to a woman who is first time pregnant and is in her first trimester and have not had an abortion previously.

This model is useful in assessing knowledge and attitude, which favours the health promoting action- the HIV screening. In our nation, HIV screening is made mandatory, but the willingness to take up the action among the pregnant women is what assessed using this conceptual framework. Health teaching could be initiated in order to remove ignorance and misconceptions about HIV screening.

The first component dealt is individual characteristics and experiences. This component is very unique to each person and is divided into prior related behavior and personal factors. Prior related behavior is more of predictive of future action or behavior and is linked to gathered information about HIV screening, taken HIV screening prior to marriage, Initiated HIV screening of the partner before marriage. Personal factors are those that are unique and would influence behavior or action. It includes Age, Religion, Education. Biological factor is linked to sickness of the past. Psychological factor includes fear of HIV, while sociocultural factor include stigma.

In this study, the second component behavior specific cognitions and affect is influenced by perceived benefits of action such as early medical approach and early intervention to prevent mother to child transmission of HIV; Perceived barriers to action such as perceived no risk, social stigma and poor attitude regarding HIV screening. Perceived self-efficacy includes ability to take up HIV screening; Activity related affect includes result- oriented ambiguous feelings of uncertainity. Interpersonal influences include learning from others; situational influences such as public motivation to HIV screening and access to health care; Immediate competing demands include fear of needles and preferences include postponding HIV screening; commitment to a plan of action include initiation to take HIV screening by approaching health services at specific time and place. 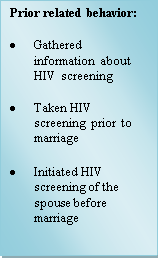 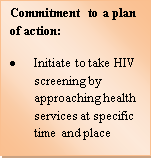 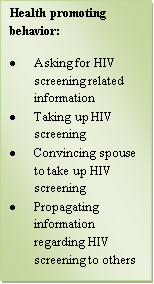 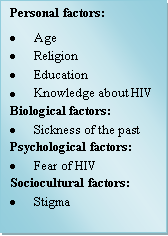 Nursing research can be defined as any scientific (i.e. systematic) enquiry into the effectiveness or value of nursing practice. It denotes any empirical evidence on which nursing care is based. This includes both quantitative and qualitative research evidence.

The problem being researched in the article is significant in nursing since it identifies the process, stressors and adjustment strategies of a novice nurse transforming into an expert nurse. This res...

Restoration In 1957, a Swedish scientist named Arvid Carlsson was experimenting with a new antipsycholtc drug called reserpine. Injection of the drug to rabbits temporarily paralyzed them. Carlsson ...