The purpose of my paper is to discuss the significance of HIV infection and the important role of dental professional in establishing the oral health of HIV patient. The background, transmission, risk for the dental treatment team, risk for the dental patients, stages of HIV, signs and symptoms, oral manifestations, treatment, oral manifestation, and patient management will also be elaborated.

HIV, also known as human immunodeficiency virus is a retrovirus which often leads to AIDS or acquired immunodeficiency syndrome if not treated promptly. Once the human body acquires HIV, the person infected will have it for the rest of their lives. HIV is an opportunistic infection, which develops, because the immune system is compromised and weak. “HIV invades the immune system of the body and reduces the T helper cells or CD4 cells” (CDC). This will greatly increase the body to be prone to infections. In the long run, HIV will kill numerous cells therefore the body will not be able to attack the diseases and infections. Currently, “HIV is not curable, and with the appropriate health treatment, HIV is regulated” (CDC). The dental professional should have the knowledge and cognizant that occurs with HIV and AIDS, up to date regarding patient management and is must be willing to take care of patients that have HIV and AIDS.

The Centers for Disease Control and Prevention or CDC states that HIV is one of the opportunistic parasite and became the worldwide epidemic problem. It was believed by the scientists that in West Africa “a chimpanzee form of the immunodeficiency virus called simian immunodeficiency virus or SIV was transferred to the humans then transformed into HIV” (CDC). Throughout the years, the HIV virus was distributed in Africa and was spread later around the world. From 1970, the HIV has been in the United States. Around 1985, “another HIV was discovered; HIV type 1 and HIV type 2” (CDC). As of “June 2016, there are 36.7 million individual worldwide living with HIV and around 1.1 million person died from HIV. In United States approximately 1.2 million individual HIV cases as of 2013 and 13% are unaware. In 2014, around 6,721 individuals in United States died from HIV and AIDS” (CDC).

The “CDC advises that everybody from 13 till 64 years of age should get a test for HIV” (CDC). There are several methods to test for HIV. One is called the oral test for fluids and another method is a blood collection. The Western blot test is a blood confirmation testing and is used, when the oral test is positive. There is another test used for routine blood testing, it is called “enzyme-linked immunosorbent assay or ELISA” (oral patho book). In order to be considered for HIV positive, “the individual must have two positive ELISA results, superseded by a positive Western blot test result” (oral patho book). Another method for testing HIV performed in the laboratory is called “OraQuick Advanced HIV1/2 Antibody Testing” (Dimension of dental hygiene website). The specimen that is use is oral fluid from the patient. The results can be achieved in approximately 20 minutes. Blood drawn from EDTA purple top can also be used for testing.

One must have patient consent in order to be tested for HIV, and each state has their own laws regarding HIV testing. The laboratory results of HIV show the critical lower number in the T helper cells or CD4 cells which is approximately <200 microliters of blood.

HIV is transmitted by a sick person via the certain paths. The paths are as follows; the “oral, vaginal or anal, which involves vaginal secretions or semen exchanges and sexual contact” (micro book). “In 2009, 48% of AIDS cases involved men who had sex with men, and heterosexual contact was about 18% of the case” (micro book). Having multiple sexual partners also increases the transmission of HIV. It is also transmitted via blood and blood products, such as a person receiving a blood transfusion or the sharing of syringes such as, when individuals are doing drugs. “25 % of cases involve injecting-drug usage” (micro book). As a health care provider, HIV can also be transmitted via being stuck with a HIV infected needle or even sharp objects that can penetrate the skin which produces small cuts leaving it exposed for infection. HIV infected mom can pass it to her child such as; during the birth process, pregnancy and even while breastfeeding. “Adequate maintenance of drugs can lower the probabilities of a mother-to-child transmission by about 90%” (micro book). Therefore, the mother is encouraged to take her medications promptly to decrease of passing it to her child. “Roughly 0.9% of all recorded cases of AIDS in the United States have occurred in children 13 years or younger” (micro book).

“A case which is documented includes, sero-conversion; which means it is HIV negative during exposure time and then becoming HIV positive afterwards” (micro book). Another risk factors for health care workers of getting HIV is when bore needles that are hollow are used, specially if stained with blood or have caused damage in the tissues that are deep.

“In 1997, a patient had received HIV from her doctor, the details where not all available, but the French government, concluded that the doctor was infected with HIV from a patient in 1983, but did not get tested until 1994” (micro book). From “28,000 dental and medical patients have been tested, not one patients have gotten the HIV from any of the 63 dentist of physicians that had the HIV disease” (micro book). Thus, it is very significant to keep a strict control of infections during patient care.

The HIV enters to the host or human body and begin to replicate. There are eight stages in replication process such as; attachment to the helper T cells, macrophages, smooth muscle cells, dendritic cells, nerve cells, liver cells, and some epithelial cells; entry to the cell cytoplasmic membrane; un-coating the capsids and released two ss-RNA molecules into the cytoplasm of cells; synthesis of DNA by reverse transcriptase; integration by entering to the nucleus and become part of human DNA; synthesis of RNA and polypeptides, release from the host cytoplasmic membrane to form immature virion; and assembly, maturation and multiply (micro book).

The signs and symptoms of HIV infection are as follows; “rash, headache, fever, arthralgia, myalgia, pharyngitis, and persistent generalized lymphadenopathy (PGL)” (dental hygiene book). The early infection with HIV does not have any symptoms. During the primary infection of HIV, the number of virus that is disseminating is high, so therefore the possibility of transferring to other individuals is very likely. In some persons, infection that is critical will often last 8 to 14 days to happen. “AIDS related complex that happens at the same time have the symptoms of; lymphadenopathy, loss of weight, tiredness, and oral candidiasis” (oral patho book). In some circumstances, dementia happens, because HIV has spread to the nervous system. HIV antibodies can be identified in the blood approximately 6 weeks post the early infection.

The Dental health care personnel are usually the ones who encounter patients with suspected HIV, because of the symptoms and also oral manifestations. The dental health care team plays a significant role in promoting the oral health of patient that has HIV infection.

The dental team must refer the patients to their health care providers for HIV testing and confirmation. The dental professional is mandated to treat patients with HIV infection. “The patients are protected by the American with Disabilities Act” (wilkins book). The adverse effects of AZT and HAART on dental treatment: “Taste perversion, oral mucosa pigmentation, dysphagia, and mouth ulcer” (lexicomp). Patients undergoing HIV treatment may experience vomiting and nausea and this usually will cause dental erosion and caries. “The frequent non-surgical periodontal therapy, oral self-care, fluoride therapy, and use of 0.12% chlorhexidine gluconate as antimicrobial mouth rinse are significant for patient with HIV infection in controlling periodontal disease” (wilkins book).

Individual who have HIV infection can live longer by staying healthy with new technology. Professional care of the dental team is significant in maintaining the oral health of HIV patient by being updated with the current HIV information.

Oral health is a key indicator of overall health, well-being and quality of life. It encompasses a range of diseases and conditions that include dental caries, periodontal (gum) disease, tooth loss, oral cancer, oral manifestations of HIV infection, oro-dental trauma, noma and birth defects such as cleft lip and palate. 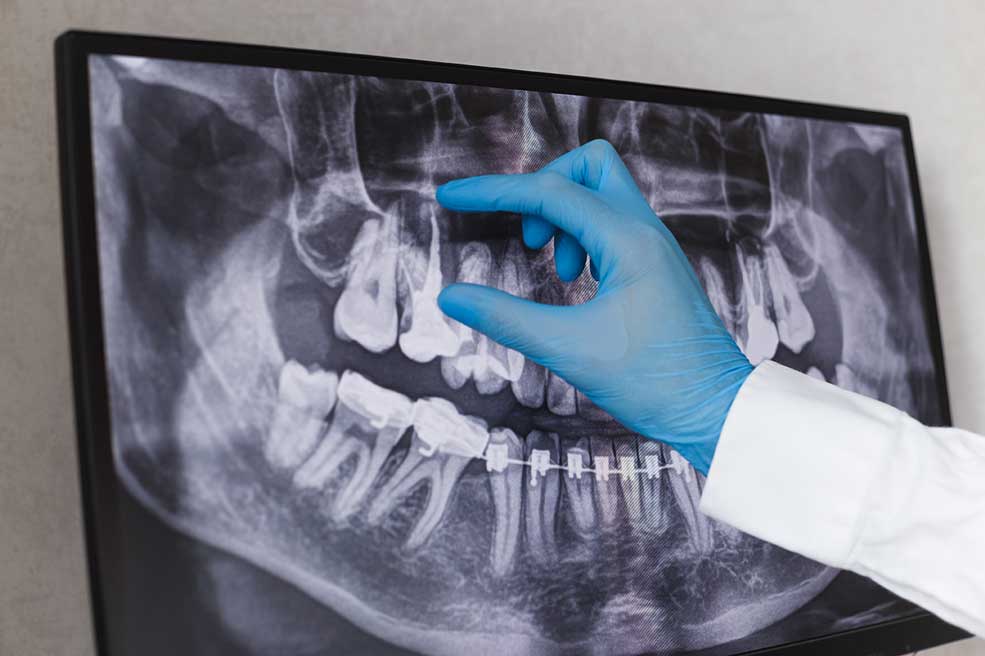 Cherry Jane Banaag Human Immunodeficiency Virus The purpose of my paper is to discuss the significance of HIV infection and the important role of dental professional in establishing the oral health ...