To what extent did the medical experiments conducted by Dr Josef Mengele during the Holocaust considered influential to modern medicine in today’s society?

Medical practices conducted during the Holocaust were influential to today’s society to a small extent. Throughout World WarII, in quest to conquer the master race, Nazi Germany operated a mass genocide and maliciously murdered millions of citizens. Innocent men and women were captured and physically tortured with painful labour until being lured into gas chambers. It has been documented that more than seven thousand inhumane and cruel medical experimentations were conducted on innocent civilians that did not meet the Aryan traits during the Holocaust [1]. These horrific experiments resulted in death of hundreds of thousands of individuals including psychological deaths.  Conversely, it has been heavily discussed that Dr Mengele’s brutal experiments positively contributed to the discovery of various medical sciences, such as self-breast examinations and the first high-powered electron microscope. Expanding the knowledge of the medical practices which are conducted in today’s society.

The experiments conducted by Dr Mengele were brutal to the youth and influenced today’s society by preventing the unlawful killings of children. Currently, there has been no correct evaluation of the total number of victims effected by the Nazi experiments, who they were and the variation of the individuals affected by the experiments conducted.[2]  In addition, it was inevitable that medical researches would seize the opportunity to conduct medical experiments on any living prisoners.[3] Dr Josef Mengele, also known as “The Angel of Death” was the most prominent German physician doctor in Auschwitz.[4] Dr Mengele led lethal medical experiments and surgeries on young twins and inmates in pseudoscientific racial studies.[5] It was described that Mengele had an obsessive-like behaviour to twin children, dwarfs, cripples, and what he called ”exotic specimens”.[6] Mengele believed that twins held the key to unlocking mysteries of genetics [7]. In addition, out of the 3,000 twins experimented on, only 160 of subjects to Dr Mengele’s horrific experiments live to tell their horrifying and chilling stories[8]. Survivors ridden with guilt and with shame have finally spoken out, revealing the untold story of the Holocaust. Children as young as 5 to 6 endured an unspeakable horror of torture, daily blood tests, starvation diets and exposure to incredibly dangerous epidemics of Cholera, Tuberculosis and other unsanitary conditions[9]. Many children were tormented by the deaths of their own twin sibling whilst they stood naked observing. The hell the children suffered was insensible as they witnessed horrendous sights.[10] These experiments concluded the torturous pain of the youth for today’s society. 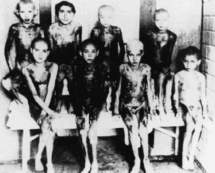 The psychological scaring that these children encountered influenced the rest of their lives. A gruesome case study by Mengele experimented of the eyes of children in desire to create a perfect blue-eyed Aryan child. Mengele’s assistants used eye drops to inset deadly chemicals into children’s eyes. On some occasions, needles were used. This procedure resulted the child with blindness for a few days and infections. It stated by a victim that from the obsessive amount of blood lost, they regularly fainted.[11]After a victim would pass away, Mengele would remove their eyes and display them onto his office wall. Another awful case study Mengele conducted was a hypothermia experiment. This experiment was divided into two parts. The children were observed to see how low the body temperature can get until the body shuts down. The next experiment conducted was the ability to revive the frozen victims. Other individuals were strapped down to stretchers naked outside in Auschwitz’s sub-zero temperature. [12]These distressing situations caused long-term mental issues for each individual. The haunting memories affected the innocent lives of our society.

However, despite the cruel and brutal experiments conducted, the medical data discovered was revolutionary to medical sciences used in today’s society. Decades later after the Holocaust, Nazi scientists positively identified and developed innovative technologies and methods to positively influence our society.[13] Nazi scientists discovered the dangers organochlorine pesticides (DDT) have on the human body. [14]  A discouraging campaign for alcoholism was launched to influence the society to consider the affects of alcohol. According to historian, Robert N Proctor in his book The Nazi War on Caneer, a campaign was launched against tobacco, condemning it as a “plague and “lung masturbation”[15];positively motivating society to change their habits. Scientists made the connection between asbestos to lung cancer; creating awareness for individuals to become cautious. The revolutionary discovers assisted with the development of the first high-powered electron microscope. [16]In addition, the discoveries promoted breast self-examinations to detect early stages of tumours; saving the life’s of potential breast cancer victims. Some of these discovers continue throughout today’s society.

Although Mengele’s experiments were ostensibly performed in the name of scientific truth, it followed few scientific principles. The future of the survivors were heavily influenced due to the distressing conditions they were under. This created a great impact on our future generation as these children would develop mental illnesses and disorders. The cruel and horrific experiments were unnecessarily dangerous, harming and killing hundreds of thousands of individuals. However, the discovery of incredible medical data had the ability to positively develop our society. Influential campaigns educated our society about the dangers of alcohol and tobacco, which potentially saved the lives of addicted individuals.

Ethics regards standards of moral judgement and professional conduct. Nurses are highly accountable to patients, the public, employers, and the entire profession. It is imperative they have a sound understanding of various ethical, legal and professional issues they will face during their careers.

Purdue Pharma and its branches create and give physician endorsed prescriptions that meet the developing needs of healthcare experts, patients, and companion care providers. Purdue Pharma were es...

Our current perspectives on the ethics of human research were brought about through harsh reaction and adaptation. According to bioethicist Carol Levine, “the basic approach to the ethical conduct ...