Title: Dhat syndrome and its association with sexual behavior and pyschiatric comorbidities in Indian males

The Context (Background): Dhat syndrome is often taken as culture bound syndrome of Indian subcontinent. There are many misconceptions which form base of symptoms and comorbidities.

Aims: Dhat syndrome is reported on basis of self diagnosis. The study aims to study associated symptoms, sexual behavior and comorbidities in Indian population.

Methods and Material: This cross-sectional and case-control study, was carried with help of trained local interviewers at Department of Psychiatry and Medicine, Gandhi Medical College (GMC), Associated Hamidia Hospital, Bhopal, India. Cases were compared to healthy matched controls. The study was conducted using clinical interview, physical examination and other necessary investigations like urine analysis and microscopy.

Dhat syndrome is a Culture bound syndrome.1 But it has been mentioned in medical history and reported by population worldwide. The culture has profound impact on the mental status of an individual. According to International Classification of Diseases (ICD) – 10 had classified Dhat syndrome had been classified in both neurotic disorder (F48.8) and into culture specific disorder caused by ‘undue concern about the debilitating effects of the passage of semen.’ The cases are always self reported and they often report a set of symptoms. These vague somatic symptoms are fatigue / bodily weakness, headache, depression3, anxiety, loss of appetite, palpitation / tachycardia, guilt, poor concentration, forgetfulness.2 Due to existing belief it is often associated as a result of masturbation and being sexually active outside marriage. The comorbidities include erectile dysfunction, premature ejaculation and impotence.

Patients reported semen loss in urine or involuntarily outside (spontaneously; while sleeping; during defecation; or while showering) of sexual relations.4 A typical profile of Dhat Syndrome patient either is a young man, unmarried or recently married, less educated, and the one who holds strong traditional beliefs.5

This category of disease involves mixed disorders of behavior, beliefs, and emotions which are of uncertain etiology and nosological status and which occur with particular frequency in certain cultures. The cultural belief and pattern associated with Dhat syndrome make it different from delusional disorder. 6, 7

The study is a case-control cross sectional study, aimed to evaluate the symptoms, beliefs and comorbidities related to Dhat syndrome. The study and control group of 50 each was assessed.

The study was conducted at Gandhi Medical College (GMC), Associated Hamidia Hospital, Bhopal, India. Study group of 50 subjects was selected who had Dhat syndrome without any other organic disorder at OPD of Psychiatry Department. The control group of 50 patients was shortlisted from the Medicine Department. They were not diagnosed for Dhat syndrome and were matched with the case group in most aspects. Both groups were interviewed based on a structured interview.

Matched in other aspects with the case group

Institutional review board and ethical committee approval was taken from GMC, Bhopal, India. All periodic adverse event reports were reported to them and appropriate guidance was taken.

All interviewers were careful about ethical and legal considerations. All identification information including names, initials and hospital numbers were avoided to keep the patient details in anonymity. Written information consent after the details of the project were fully explained was obtained from all participants. There were no minors involved and hence no paternal consent involved in this study.

Statistics: The data was analyzed by using statistical tests of mean and standard deviation. (P>0.005)

Routine biochemical and urine laboratory evaluation was conducted for all 100 participants.Other necessary investigations were carried out as per the requirement of the subjects to exclude organicity ( Sonography and Hormone Assay). None of the reports showed presence of oxalates or phosphates. A semen analysis founded out only 1 patient had azoospermia and 2 were having oligospermia. 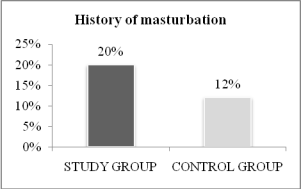 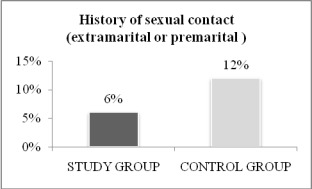 As a Culture bound syndrome, Dhat syndrome has been discussed for long time. Epidemiology and prevalence is noted in history of medicine all over the world.1, 8 The Dhat syndrome is not limited to Indian subcontinent. The origin of its name had a strong relationship with Indian culture, history and mythology.9, 10

Dhat Syndrome forms an important health problem and the magnitude is also very high. In view of this it needs a proper attention and sensitization amongst the healthcare providers for the proper treatment, counseling of these patients and referring them to related specialty. The patient presenting with Dhat syndrome is typically more likely to be recently married; of average or low socio-economic status (student, laborer or farmer by occupation), came from a rural area and belonged to a family with conservative attitudes towards sex.11

The exact pathophysiology of ‘Dhat syndrome’ is not known. The study demonstrated various other symptoms and morbidities being involved along with Dhat syndrome. The prevalence in relatively younger age group can be attributed to hormonal rush.12 Majority of these individuals visited self-claimed sex specialists and traditional faith healers. The contact with these health providers not only strengthen their misconception and false beliefs, but also compel the patients to pay huge cost of investigations and drugs which are not only non-effective but also hazardous. 5

Among other studies the relationship between marital status or sexual contact outside marriage and Dhat syndrome is not discussed. This study establish contrary to the popular belief that no such cause-effect relationship exists. Dhat syndrome was most common among illiterate patients and less educated patients. There is a need for patient education and sex education in the eradication of syndrome. 13, 14 The spread of disease in all age groups indicate towards the need of patient education about the disease in India. In many cases the syndrome is under diagnosed. In general, the deep-rooted misconceptions associated with anatomical and physiological aspects of sexuality are difficult to be correct with general counseling sessions.

The further work in this field is required to know: Whether Dhat is a Culture bound syndrome only in India? What is the pathophysiology behind it? Is there any relationship of it with depression, anxiety or other mental health disorder? Whether there is any relationship between puberty and Dhat syndrome.

Acknowledgement: We are thankful to all the interviewers who conducted data collection.

A person’s sexuality is defined by one’s sexual orientation, gender identity, and sexual feelings toward others. Sexuality is expressed by humans and changes throughout the different phases of life.

The issue of sexual health in adolescent people is a vast topic with an associated vast literature on the subject. ...

Argi Dankhara Is sexual health of Canadian adolescents better than yesterday, or is it safe for tomorrow? Sexual health is a situation of physical, mental and social wellbeing about sexuality. An ac...

Spirituality and Sexuality in Palliative Care

Anjum zahoor Significance of spirituality and sexuality in palliative care   According to WHO (2012) “Palliative care is an approach that improves the quality of life of patients and their famil...