RP, a 72-year-old Caucasian female, was brought to the emergency room (E.R) from Hillcrest Adult Foster Care via ambulance. Preadmission report to F-300 stated that she came to E.R confused, lethargic and weak, complaining of acute pain upon urination. She also urinated small amounts (< 50 ml) multiple times per hour, without the feeling of completely empting her bladder. Urine sample was obtained using a straight catheter and sent to the laboratory along with a blood sample.

The primary medical diagnosis was chronic urinary tract infections, with a secondary diagnosis of hypothyroidism.

RP has a history of chronic UTI’s, hypothyroidism, chronic kidney disease (stage III), and chronic anemia. She has several admissions the past few months related mainly to UTI’s and dehydration.

PATHOPHYSIOLOGY/ETILOGY OF THE PRIMARY DIAGNOSIS AND PRIORITY

UTI’s are the results of infection, mainly from bacteria, fungi, viruses, or parasites. This leads to a condition referred to as cystitis (inflammation of the bladder). Most common of the UTI’s are from infection known as infectious cystitis. A bacterium, the most common cause of infectious cystitis, is from the external urethra, this spreads inwards to the bladder (distal to proximal). Once a bacterium migrates to the bladder and starts the process of growing, it can migrate to other parts of the body (Ignatavicius & Workman, 2006).

According to Wikipedia, four stages must be met in order for bacteria to grow. These include an infectious agent, one that must be able to grow, multiply and enter the body. Once we have the agent, the bacteria must find a portal of entry, (how it enters the body). Once in the body it needs an adequate reservoir, a place where organisms can thrive and multiply and the susceptibility of host, how bacteria affects the body after entry. Determents include age, overall health and other co-morbidities of the host and the susceptibility to pathogens.

Most UTIs first grow in the perineal area due to irritation; in RP’s case this may have been caused by lack of personal hygiene due to being overly fatigued, brought on by her hypothyroidism.

Minton (2009) stated, “Thyroid is the most important hormone in the body. Because it stimulates the production of cellular energy, production of all other hormones will be negatively impacted when thyroid hormone levels are less than optimal. Every aspect of health is affected by low thyroid function. Hypothyroidism is signaled by fatigue and loss of energy”.

According to textbook, hypothyroidism is the result of decreased metabolism from low levels of thyroid hormones (THs). Low levels of THs may be a result of several different reasons: thyroid cells may fail to produce sufficient amounts, or the cells themselves are damaged. The patient may not be ingesting enough of the substances needed to make THs, especially iodide and tyrosine.

Low levels of THs affect most tissue and organs causing decreased cellular energy. The patient could become confused, lethargic, and have slowing of intellectual functions.

RP has a history of chronic UTI’s that has caused numerous admits to the hospital over the last few months. UTI’s that are left untreated may and can cause damage to the kidneys and start the process of renal failure. Chronic infection of the kidneys causes scar tissue, which decreases the function of the renal system. With renal failure, the body cannot rid itself of certain toxins that may contribute to UTI’s. Chronic UTI’s may lead to chronic pyelonephritis, repeated upper tract infection of bacteria that migrates from the bladder superior (toward the kidney) to the kidneys. RP’s diagnosis of chronic renal failure may be heightened by the chronic UTI’s.

Hypothyroidism and anemia, that cause fatigue and loss of energy, will discourage you from providing adequate hygiene. This encourages bacterial growth, which may start the chain of events leading up to a UTI.

RP resides at an extended care facility that may not have adequate staff to assure that she receives the necessary amounts of iodide and tyrosine needed stimulate TH production. She is also very confused which would decrease her understanding of the importance of proper nutritional intake.

A urine sample must be obtained either by a clean catch method or if client unable, by straight catheter method. A catheter method was used on RP, due to her confusion and retention.

Urinalysis testing for leukocyte esterase (n=negative) and nitrate (n=none), along with a WBC (n= 0-4) are specifically for diagnosis of a UTI’s (Mosby’s 2006). Normal urine should appear clear with a yellow tint present (Mosby’s 2006). A noticeable smell should not be present in uninfected urine; RP’s urine had a pungent odor noted. RP’s leukocyte esterase was 3+ and her nitrate was positive. WBC’s were to numerous to count. These results determined that RP did have a UTI.

Blood work was noted that RP’s thyroid stimulating hormone (TSH) was 0.05 (n=2-10). This confirmed the diagnosis of hypothyroidism.

Recommended textbook intervention is to monitor for signs of UTI’s. This includes, but not limited to: frequency, urgency, dysuria, incontinence, pyuria. In some older adults the only sign may be an increase in mental confusion or frequent, unexplained falls.

Due to her confusion, bed alarms and padded side rails were used. She had a high fall risk assessment; therefore fall risk precautions were implemented upon admission.

She was placed on strict intake and output (I&O), and her fluids were monitored. She was instructed to drink required amount of fluid per day (1500ml). Staff member offered bedside commode every two hours to encouraging voiding. She and family members were informed as to the importance of RP to remain dry. This will limit the environmental factors needed for bacterial growth. RN (preceptor) communicated with adult foster care on the needs of the client after discharge. Lab results were also monitored closely for any change that would indicate worsening infection.

Textbook recommends medications that treat bacteria and the promotion of client comfort. Cure is dependent on the antibiotic level achieved in the urine. Long-term antibiotic therapy is recommended for chronic UTI’s (Ignatavicius & Workman, 2006).

The patient will be able to state absence of pain or excessive urination by discharge AEB:

The nurse will monitor patient for incomplete emptying of bladder by using bladder scan post void. The nurse will encourage patient to drink water at each meal. The nurse will instruct patient on the signs and symptoms of a urinary tract infection.

Evaluation of Progress toward Patient Goal

The patient was able to recite some signs of UTI’s to nurse. She recognized pain on urination and foul odor as signs of an infection. The patient was reluctant to drink water at any one time. She continued to have incontinent periods, but this was less frequent on day of discharge. The patient partially met the goals put forth for her.

As a member of the discipline I was inclined to have verbal interactions with the ER staff before RP had arrived to F-300. Consulted with housekeeping to assure the RP’s room was cleaned and ready for admission. Ward clerk assured that tests were ordered. Dietician was consulted to help with nutritional needs. Discharged planner made transportation arrangement to return patient to long care facility. Social worker discussed local community resources of support with the family.

As provider of care for this patient, I kept this patient cleaned and dry when incontinent. I utilized the fall risk precautions to provided safety. Implemented steps to encourage patient to accept and understand a bladder training routine. Monitored patient labs and reported abnormal results to the doctor.

As manager of care I evaluated the client for her fall risk and implemented fall risk precautions. Delegated the placement of bed alarms and tabs to the LPN assigned to us. My preceptor and I discussed the possible ways to teach client prevention of developing UTI’s. Collaborated with nursing home staff on ways to improve client’s care at extended care facility.

Growth in the Manager of Care Role

In completing these tasks I was able to see the complete picture of the patient. I was educated on the disease process and the effect other co-morbidities had on providing an environment that encourages an infection. In caring for RP I was able to developed and strengthen my delegating skills, learning to rely on others and not solely on myself.

Urinary tract infections, or UTIs, are one of the most common infections worldwide. This infection targets primarily women given their anatomy of shorter urethras than males which paves a fast track for bacteria to enter, but UTIs are non-discriminatory. 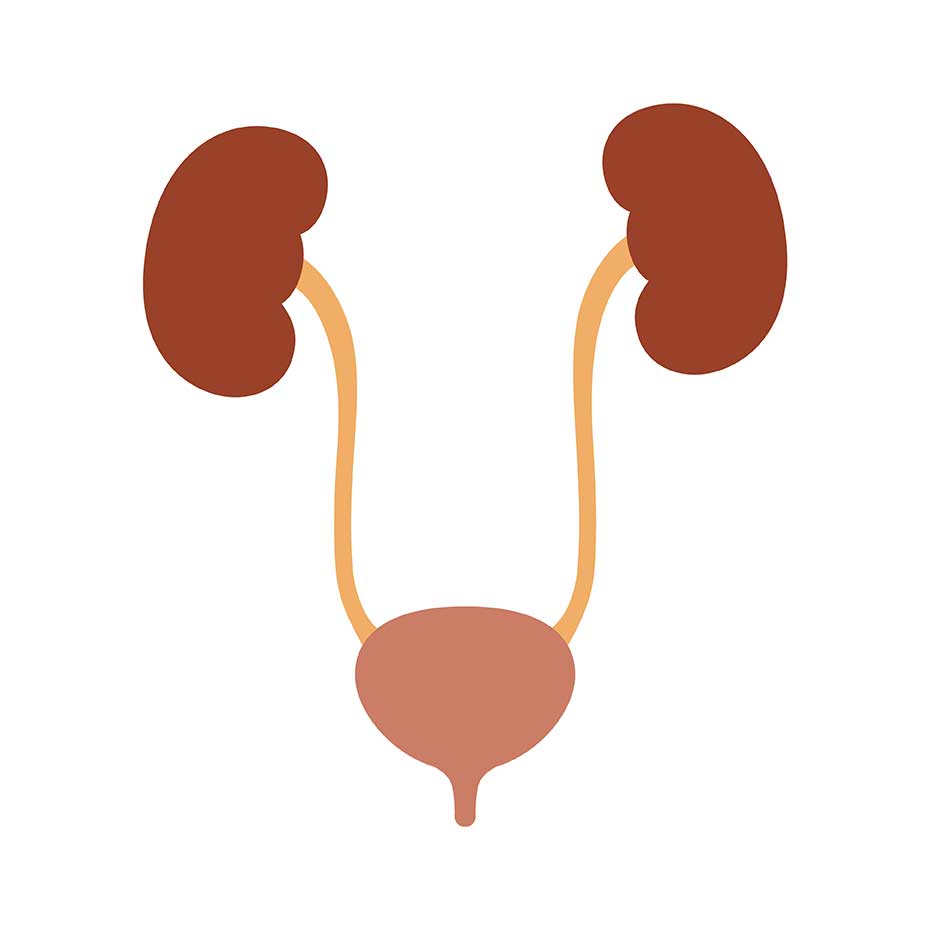 Catheter associated urinary tract infection (CAUTI) is the most common health care associated infection within hospitals (Department of Health (DH), 2003), so it is important that nurses know how to r...

RP, a 72-year-old Caucasian female, was brought to the emergency room (E.R) from Hillcrest Adult Foster Care via ambulance. Preadmission report to F-300 stated that she came to E.R confused, lethargic...

In today’s economy, healthcare is a major concern to the public. Healthcare has changed due to government spending and support. Now days, the goal is to spend the least amount of money as possib...