Chronic Fatigue Syndrome (CFS) is an incapacitating multifarious disorder that renders the victim fatigued for longer periods. It has been realized that this kind of disorder is not solved by bed rest and is usually aggravated by mental and physical activities. People suffering from CFS have been seen to be unable to perform tasks that they were to do it comfortably before the illness. The most noticeable features of this disorder include pain in the muscle, weakness, impaired memory, and poor concentration. In addition, the victims are generally weak and some of them show evidences of insomnia (Bell, 1995). This disorder may persist for a long period. Diagnostic tests have not been able to clearly point out the possible causes of this disorder. This is because of the fact that some illnesses have symptoms related to this disorder and we cannot confine those symptoms to this particular disorder alone (Verrillo, & Gellman, 1988). Any infection to the immune system taken to be the possible cause of CFS and microorganism play a major role in causing it. Any form of immune-suppression is also seen a factor that compromises an individual to this disorder (Fisher et al 1997).

Absence of specific diagnostic characteristic features of CFS, a criterion has been formulated that helps physicians in detecting the disorder. One of the most commonly used criteria is the one that requires the victim to show the possible symptoms for a period of more than six months. This is because the physician will have had enough time to diagnose other possible ailments and thereby reaching the point of excluding the disorder much easily (Murdoch & Denz-Penhey, 2002). Additionally, the patient is expected to show any of the four symptoms, which may include frequently occurring sore throat, muscle pain, impairment of the patient to the extent of affecting the normal economic activities of the patient and unrefreshing sleep (Lisman & Dougherty, 2007). Other symptoms that can be used include pain in all the joints of the body, severe headache that recurs in some pattern, and post-exertional depression. The purpose of this study is to find out some of the predisposing factors for this disorder. Additionally, the causes, symptoms, ways of diagnosing this disease will be identified (Moss-Morris & Petrie, 2000). Suggested treatments will be provided so that the healthy population can know more on how to avoid this disorder.

Various studies have been carried with the intention of trying to find ways of finding definite symptoms for this disorder. One of these studies was carried out in 1993 with the intention of improving on the ways of diagnosing the disease as it had been decided earlier in 1988. The aim of the study in 1993 was to reinvent new strategies of that can lead to faster diagnosis of the disorder (Lisman & Dougherty, 2007). Some of the recommendations from the researches at that time was to classify the fatigue to different levels as can be depicted by the victims. Those with less than six months infection for instance were classified as having chronic fatigue while those with more than six months symptoms were classified as having relapsing fatigue. The patients could also be classified as having gradual or sudden fatigue, among other distinguishing parameters (Fisher et al 1997).

A number of predisposing factors have been identified as it regards to CFS. It is also important to note the greater portion of the American population have similar symptoms related to this disorder but cannot be classified as CFS (Meirleir & Patarca-Montero, 2000). Some of the factors that promote the risks of having the disorder include age, gender, and socioeconomic groups. It has been found that CFS affects women at a higher rate four times than men (Voncannon, 2002). In addition, individuals with the age between 40 to 50 years have been found to be having CFS. It is also important to note that children can be found with the disorder especially in their teen years and this show that the disease affects any age (Fisher et al 1997).

Some of the important symptoms for CFS include prolonged fatigue that extends to a period over six months. Such a fatigue is not reduced by any amount of rest. Other notable characteristics of this disorder include post-exertional disquiet, pain in the muscles, pain in the multiple joints, lack of concentration, sleep that does not refresh, and headache that comes with some pattern (Englebienne, 2002). Additionally, the throat the regularly becomes sore and presence swellings in the lymph, chronic cough, nausea, weight loss, skin sensations, and jaw pain. Psychological problems, shortness of breath, and chest pain are also important symptoms of the disease (Moss-Morris & Petrie, 2000).

A number of factors makes it hard for physicians to diagnose CFS and includes the lack of laboratory diagnostic technique or biomarkers. Other reasons include the fact that fatigue is a common symptom for all other illnesses, patients do not look sick while the pattern of illness is not constant. This has led to the low level of diagnosis for this particular disorder. Exclusion technique is the best method to diagnose CFs disorder due to lack blood tests or scans for the brain (Leonard, 1997). Diagnosis has to be carried out for period extending six months where the patient can report sufficient evidence of being constantly tired. The physician has to take enough history of the illness of the patient who may be suspected of having CFS (Royal College of Physicians of London, 1997). Medical history has to be reviewed also in order to identify and rule out the possible illnesses that might have been the cause of the fatigue. This is done until CFS is ultimately pointed out. The physician can later develop a treatment for the patient. It is also possible for patients to diagnose themselves by eliminating the possible causes of the illnesses just like physician (Englebienne, 2002).

The process of managing the chronic CFS is very tricky just like the diagnosis itself because of the variety of the symptoms. Currently, there is no drug or cure for this disorder and such factors complicate the treatment process (Demitrack & Abbey, 1999). This means that the best way of managing it by developing an individualized treatment plan for every patient. The best plan comprises a collection of therapies each aimed at managing the symptoms shown by the patient. Input by range medical professional experts is the best solution and when this is coupled with the treatment of other illnesses then the disorder can be managed easily (Lisman & Dougherty, 2007). Living with CFS is very tricky and having the chronic type can result in significant devastating effects on the victim. Some of the challenges facing the success of treating CFS include the change and predictability of the symptoms, variations in the stamina that interferes with someone elseââ‚¬â„¢s activities, altered memory, loss of independence, and potential impacts on decreased sexual activities among couples (Bell, 1995).

Some of the treatment options that is available for CFS and they include professional counseling, cognitive behavioral therapy, and symptomatic treatment. Additionally, pharmacologic therapy, sleep hygiene, pain therapy, and use of antidepressants can help in suppressing the effects of CFS (Demitrack & Abbey, 1999). It is however important to keep in mind the fact that the disorder affects individuals in a different way. Some people may be paralyzed for good while others can recover fully from the disorder (Verrillo, & Gellman, 1988). It is also hard to obtain accurate results as it regard the number of individuals who have recovered from CFS. Natural remedies can also be employed to boost an individualââ‚¬â„¢s body energy thereby suppressing chronic fatigue (Leonard, 1997).

Variety of products can be used and they include magnesium injection of muscles with low red blood cells magnesium, taking meals rich in fish oil, and melatonin. Other remedies that have show positive response in suppressing the effects of chronic fatigue syndrome include taking of melatonin, ribose, and NADH rich food (Patarca-Montero, 1999). The studies carried on the foods are however, limited and no accurate data can be easily found. Some of the drugs used to counter the effects of chronic fatigue disorder include the use of corticosteroids, and cholinesterase inhibitors like the galantamine (Fisher et al 1997). Methylphenidate like Ritalin, which is a psychostimulant that is used to increase the levels of neurotransmitters thereby helping individuals with attention-deficit disorder, can be used. Some lifestyle techniques can also be employed to counter this disorder and this includes developing a plan that will help is stress reduction, ensuring that the patient gets enough sleep, exercising regularly and maintaining healthy lifestyle. The lifestyle includes eating balanced diets, drinking plenty of fluids, limiting caffeine intake, and participating in aerobics (Meirleir & Mcgregor, 2003).

Chronic fatigue syndrome is more than just being tired because the affected individual is interfered from performing their daily activities in a normal way. Other individuals have been forced to quit high paying jobs, several disabled and others bedridden. The nature of this illness shows that it is even hard to diagnose it (Bell, 1995). Trial and error method of eliminating other possible ailments complicates the diagnostic process. The best remedy therefore is for individuals to live the kind of lifestyles that do not promotes the predisposing factors of the disorder (Voncannon, 2002). This includes living the kind of lifestyle that discourages the development of the disorder. It is also important for physicians to improve their way of diagnosing the disease so that they can be able to come up with comprehensive treatment strategies (Meirleir & Patarca-Montero, 2000).

Fatigue is used to describe an overall feeling of tiredness or lack of energy. It isn't the same as simply feeling drowsy or sleepy. When you're fatigued, you have no motivation and no energy. 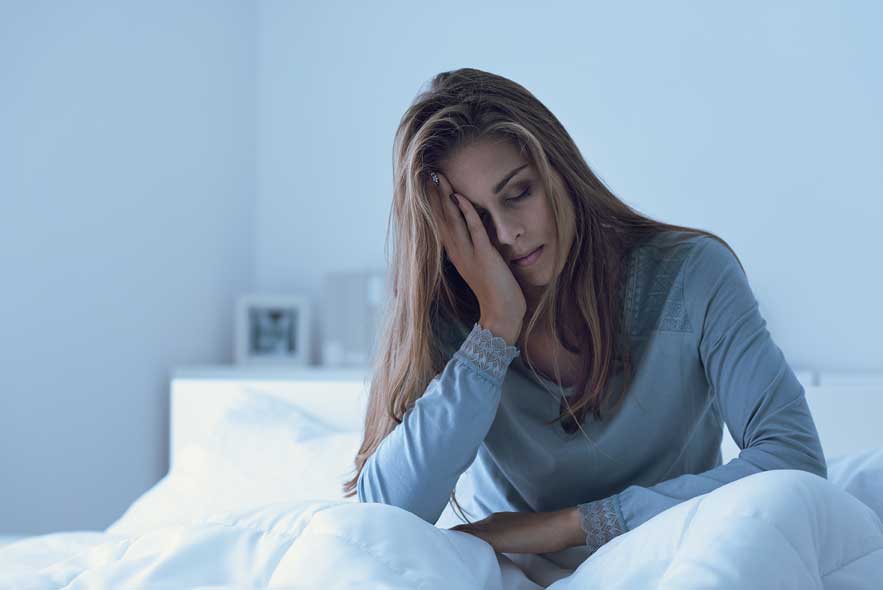 The case study is about Mrs. R who is a 56-year-old Hispanic female who reported to the clinic with a chief complaint of extreme fatigue and a gradual weight gain since her menopause last year. ...

Effects Of Fatigue On Paramedics During Nightshift Nursing Essay

Paramedics working during night shift are faced with the problem of heavy workloads; from caring for patients under stress and having the ability to perform in dim lighting. Over time, this type of wo...

The Impact of Compassion Fatigue on Oncology Nurses

Compassion serves as a crucial quality for nurses to acquire, while assisting patients in the healing process....