Long waiting time and extensive travelling costs have been some of the most significant problems faced by the public health around the world. These long wait lists and travel costs are not only a hurdle to the patient but also to the economy, resulting in considerable productivity loss. These issues have been addressed in a number of researches, recommending various strategies and policies (British Columbia Medical Association, 2006; Adamu & Oche, 2013). However, technology can play a vital role in eliminating travel costs and waiting time by implementing telemedicine.

Telemedicine can be defined as “The delivery of health care services, where distance is a critical factor, by all health care professionals using information and communication technologies for the exchange of valid information for diagnosis, treatment and prevention of disease and injuries, research and evaluation, and for the continuing education of health care providers, all in the interests of advancing the health of individuals and their communities” (WHO, 2010, p.9).

It is especially beneficial for people residing in under-developed, less economically developed or remote and rural areas of developed countries that lack basic or specialist healthcare. It is an effective means of reducing travel costs as well as consultation wait time (Ontario Telemedicine Network, 2012).

Telemedicine is a relatively new field and has the potential to address various barriers in administration of quality healthcare and enable equitable access to health. However, cost-effectiveness studies are of supreme importance for wide adoption of telemedicine and to convince physicians and policy makers of its effectiveness. Without any information on the cost-effectiveness of telemedicine policy makers, decision maker, implementers run the risk of supporting telemedicine systems that are not perceptive to healthcare needs of the patient and which do not provide cost-effective services either from patient or provider perspective (Hailey, 2005). Most of the empirical studies on cost-effectiveness of telemedicine are either based on assumptions, weak evidence and inadequate details on study design and methodologies or narrow perception on the outcome. Whitten et al. (2002) undertook a systematic review of cost effectiveness studies, and identified several articles that met their selection criteria. Most of the studies provided no details of sensitivity analysis, none employed cost utility analysis and no study adequately compared telemedicine services to traditionally organized health care. Thus, concluding that “there is no good evidence that telemedicine is a cost effective means of delivering health care”

Cost-effectiveness of telemedicine may vary according to it usage in sub-specialty such as teleradiology (WHO, 2010), telepsychiatry (Spek et al., 2006), teledermatology (Loane et al., 2001) etcetera, as concluded by a systematic review that the potential effectiveness of telemedicine could only be credited to teleradiology, telepsychiatry, transmission of ECHO images and consultations between primary and secondary health providers (Roine, Ohinmaa & Hailey, 2001). According to a systematic review by Wade, Karnon, Elshaug & Hiller (2010), real-time telemedicine was cost-effective for home care but not for local delivery of services between hospitals and primary care. Similarly, in a cost study by Lamminen, Lamminen, Ruohonen & Uusitalo (2001) concluded that benefits and savings attained through teleconsultations included reduction in travel costs and paperwork as well as time savings for the patient, with an addition benefit of improved medical learning.

Use of telemedicine in chronic pain management has yield worthwhile results as patients suffering from chronic pain often find it back-breaking to travel long distances for treatment. Telemedicine delivered to such patients for pain management, irrespective of their geographical location, were 56% satisfied as compared to the 24% of traditional in-person clinical visits, resulting in significant cost advantage for patients and attendees (Pronovost, Peng & Kern, 2009). Pronovost et al. (2009) also inferred that significant improvement on a patient’s financial budget was a likely factor for greater degree of telemedicine patient satisfaction as compared to in-person clinical visit group. Chan, Woo, Chan & Hjelm (2000) in a study for cost effectiveness of geriatric teledermatology concluded that travelling to see a dermatologist is a hurdle, for the elderly and disabled patients, which can be cost effectively resolved by teledermatology. Hayward & Mitchell (2000) in their cost effectiveness study for teleradiology identified tangible benefits from patient perspective as reduced costs of travel and accommodation, need for childcare and time off from work. Intangible benefits included faster management of medical problems, reduced anxiety as second opinion is rapidly provided, equitable access to specialist level opinion.

A retrospective study from 2005 to 2012 examined the cost effectiveness of telemedicine diabetes consultations and concluded that telemedicine setup was associated with improved cost effectiveness and patient satisfaction. It emphasizes that patient satisfaction was primarily related to the major decrease in travel time, which accounts to a full working day (Levin, Madsen, Petersen, Wanscher & Hangaard, 2013). A systematic review on cost comparison between telemonitoring and usual care of heart failure reported that all studies reviewed found a reduction in costs that ranged from 1.6% to 68.3%. These cost reductions were largely attributed to reduced hospitalization and travel costs. It was found that 55% of the patients were willing to pay $20 and 19% were willing to pay $40 to access telemedicine instead of traveling to the physician’s office (Seto, 2008). Similarly, a study reported 24% cost saving; of cost per year; of patients using telemedicine (Zanaboni et al., 2013).

Transportation savings using telemedicine have been noted in several studies- Maass, Kosonen & Kormano; James & Folen study (as cited in Whitacre, 2011, p.176). Thaker, Monypenny, Olver & Sabesan (2013) included various costs in their cost savings teleoncology model; from one-time costs to running costs; and found that it provides considerable savings, compared to the usual mode of healthcare delivery. Savings were attributed to reduced patient travel, along with an escort, to a tertiary center, avoiding of overnight accommodation, aeromedical retrievals as well as reduced visits from a specialist. It emphasizes that the net savings are mainly due to reduced patient travel and this model can be applied to geographically distant rural areas, which require lengthy travel.

Research has shown that the availability of telemedicine allows rural areas to offer a larger variety of healthcare services, improve the overall perception of healthcare quality – Ricket’s study (as cited in Whitacre, 2011, p.172) and increases equality between citizens as medical expertise becomes available irrespective of patient location (Maass, Kosonen & Kormano, 1999). It impacts the economy of a rural community by reducing travel that lowers transportation costs and decreases missed time from work; increases local pharmacy and lab work and provides saving to the hospital by out-sourcing telemedicine procedures. Increase in local pharmacy and lab work has a financial impact on the local economy which is mainly because telemedicine patients do not leave their local areas to receive their original diagnosis hence any resulting follow-up work ends up at the local pharmacy or lab (Whitacre, 2011). One of the major points of telemedicine adoption is abridging distances thus reducing productivity loss and delivering high quality health care outside the healthcare center. It highlights that since telemedicine reduces the number of visits, it consequentially reduces travel expenses as well as productivity loss (Fusco, Trieste & Turchetti, 2013; Deshpande, Khoja, Lorca, McKibbon, Rizo & Jadad, 2008). 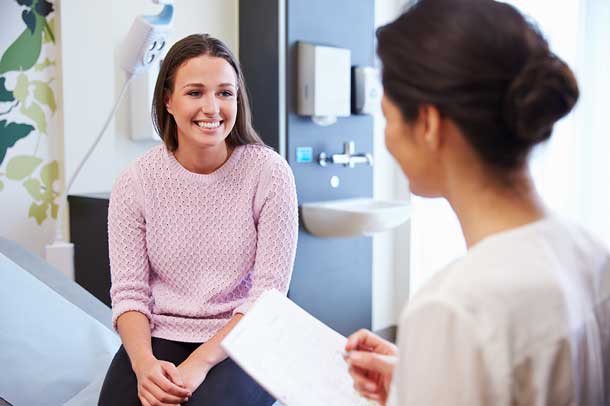 Abstract As the pressures of operating room volumes and patient satisfaction rise, it has started to create the need to find alternate care sites or areas where procedures can be completed in a safe a...