Alzheimer’s disease was discovered by, a German Psychiatrist, Dr. A. Alzheimer in 1906(Tanzi, 2013). Dr. Alzheimer discovered the malady upon receiving a fifty-one-year-old dementia patient, D. Augusta. The patient exhibited adverse memory loss symptoms. Dr. Alzheimer showed the patient various objects and within minutes, she could not remember what the objects were. At the time, Dr. Alzheimer recorded Augusta’s condition as AWD also referred to as Amnesic-Writing-Disorder.

Dr. Alzheimer would later retire to the Emil Kraepelin laboratory to explore the nature of the disease. Additionally, Auguste died in the first quarter of the year. However, her death brought about a significant milestone in the medical field regarding the development of Alzheimers. Dr. Alzheimer and two Italian physicians studied Auguste’s brain anatomy to determine the cause of the onset of presenile dementia symptoms(Ali, 2012). Dr. Alzheimer presented his discovery to the 37th  assembly by submitting Auguste’s case. Subsequently, Dr. Alzheimers transformed the diagnosis of dementia from the beginning of the 20th Century. Ali (2012) states that the diagnosis shifted from diagnosis of dementia for people aged 45-60+. Additionally, the term Alzheimer was solidly adapted into diagnosis upon the realization that the disease, though rarely occurred in patients below forty-five years.

Progressive memory loss primarily characterizes AD(Tanzi, 2013). In the late stages, the memory loss is highly evident even in the short term memory as witnessed in Auguste’s case above. Moreover, the patient exhibits various behavioral changes such as heightened violence.

Progression of Alzheimer’s into the later stages leads to the deterioration of musculature(Ali, 2012). As a result, the patient’s mobility is affected, inability to feed oneself among other symptoms. However, it should be noted the features mentioned aboveare only observed if external factors such as cardiovascular arrest, Pneumocystis, and many others do not occur culminating in the death of the patient. The average lifespan of the diseases is noted to fluctuate with reports of its existence being as short as four years or as long astwenty-one years. However, studies reveal that the average lifespan existence of the disease is 6.5 years(Tanzi, 2013).

AD primarily exists in three stages, namely mild, moderate and severe. During the mild stage is characterized by very subtle symptoms that go unnoticed not only by the patients but also by their immediate family members. The symptoms in the mild stage include spontaneity, increased laziness, forgetting events, difficulty solving problems among others(Ali, 2012).

The moderate stage involves aprogression of the malady into the intermediate stage. In this stage, the patient may exhibit independence in carrying out tasks. However, the patient presents extreme difficulty in solving complex situations or carrying out simultaneous tasks simultaneously(Ali, 2012).

Lastly, the final stage of progression of Alzheimer’s is the severe stage. In this stage, the patient’s memory is significantly affected. Additionally, the patient loses the ability to control voluntary movements such as eating, walking, and control of bowel movement. Eventually, the severe stage is epitomized by the loss of control of involuntary movementssuch as swallowing fluids, food. Furthermore, the patient’s speech is highly incoherent and incomprehensible as they are unable to neither talk nor make out speech. The patients at the end die often due to the inability to swallow food and fluids.

Currently, no procedure of diagnosing AD has been developed. As such, diagnosis of AD is not only based on a series of tests and clinical observations carried out on a patient over a period of one to two months but also involves a critical analysis of the patient’ history. The patient’s history includes analysis of both the patient’s medical history as well as that of close family members to note any patterns of the existence of the disease. The history of the extended family is especially prudent when Ad occurs in young patients. Additionally, open interviews with the family members should be carried to aid in early detection of the symptoms of the disease.

PET and SPECT scans can be used to analyze brain activity of the patient and also to determine whether the brain size is degenerating otherwise known as shrinking as shown in figure 1 below. However, analysis of neuroimaging cannot be used to make a diagnosis of AD. Nonetheless, physicians specializing in brain disorders are capable of making an AD diagnosis with 85 – 90 percent accuracy. Moreover, the need for specialty physicians in diagnosing is strongly urged owing to the resemblance of the symptoms of AD to those of VD also referred to as vascular dementia. Moreover, MSE is also known as Mental Status Exams should be performed to rule out the existence of depression or psychosis. The MSE is mainly used to solidify the existence of dementia in a patient. Thereafter, further tests on the intellectual capabilities may be carried out to determine the type of dementia, which in this case the primary focus is Alzheimer’s.

Figure 1. A neuroimaging of the brain showing brain activity at different stages of Alzheimer’s. Retrieved from (Berkley, 2009).

Amyloid and neurofibrillary tangling characterize AD. The entanglementis clearly depicted under a microscope(Berkley, 2009). Furthermore, AD is characterized by significant brain atrophy that explains the memory loss and loss of body coordination(Tanzi, 2013). The temporal lobe, frontal lobe cortex, parietal lobe and the cingulate cortex exhibit degeneration traits. Subsequently, the neural processes in the brain are hindered hence affecting the patient’s memory, speech, and even mobility problems.A plethora of neurotransmitters is significantly reduced. Among the neurotransmitters that significantly reduce are acetylcholine, serotonin, norepinephrine, and somatostatin. However, glutamate levels are frequently heightened. 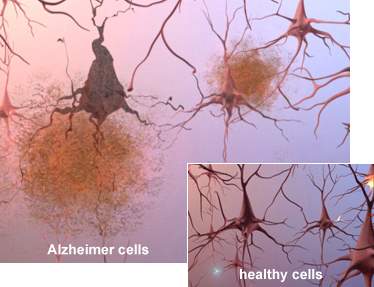 Figure 2. A microscopic picture of the entanglement of plaque and amyloids. Retrieved from (alz, 2016).

Various treatment programs have been developedfor the treatment of Alzheimer’s. Among the leading treatment programs designed are Acetylcholinesterase inhibitors, NMDA antagonists, tobacco and Ginkgo biloba. Nonetheless, Ginkgo biloba treatment programs have been noted to be the most efficient owing to its reduction in cognitive impairment. Recent studies reveal that Biloba similar to approved treatment Dopenzil is effective in helping improve memory loss. However, current clinical developments show that a vaccine for AD may be very effective. The vaccine should work towards making the system aware of any decrease in the neurotransmitters and glutamate levels. Resultantly, the immune system makes the appropriate adjustments to prevent degeneration of brain regions, namely the frontal lobe cortex and parietal lobe.

To sum up, AD isnoted to be very common, mostly among the elderly. AD is a form of dementia that initially had been misdiagnosed as an amnesic writing disorder.AD is especially detrimental to the patient and is a leading cause of mortality of senior citizens. AD, especially when on the severe phase has very adverse effects. However, in the mild stage, AD is treatable. Therefore, family members should be vigilant enough to notice early warning signs such as laziness, spontaneity, anger outbursts.

The term “pathology” means “the study of suffering,” and this discipline is focused on examining the nature, course, and resolution of disease. To become an anatomic pathologist, one attends medical school, completes a residency in general pathology, and then focuses on anatomic pathology.

The impact of oral conditions on an individuals’ quality of life can be profound, more so when they are increased risk patients such as the elderly or those with Down syndrome. These individ...

Title of the paper: Is the PAST perfect PRESENT tense FUTURE  continuous for ANATOMIC PATHOLOGY ? Type of the paper: Review Running title: Anatomic pathology Full names of authors: Ramakantha Kasims...

Introduction A summary of the prevalence, aetiology and pathology of type 2 diabetes What is diabetes? Diabetes is a group of conditions characterised by high blood glucose Type 2 diabetes occurs due...