The case study to follow will be based on a 41-year-old female with Breast Cancer (Appendix 1, The Case). The patient commenced first cycle Epirubicin/Cyclophosphamide (EC). 7 days post chemotherapy, the patient presents with rigors and pyrexia of 38.10C.  ital signs taken showed temperature 38.50C, heart rate 110, blood pressure 105/60 and respirations 22 and Oxygen saturations 94% on room air (Appendix 2, normal ranges). Two litres of oxygen was applied and all bloods were taken as well as cultures. Antibiotics (Piperacillin/Tazobactam) were administered along with intravenous (IV) paracetamol and IV fluids. Absolute Neutrophils Count confirming neutropenia (ANC) 0.19 x109/l (Appendix 3, normal ranges). Patient was admitted to the ward and was discharged 4 days later once the neutrophils recovered and antibiotic course had finished. I will outline the diagnostic tests undertaken and reflect upon the management plan critically in light of the evidence base.

Neutropenia is characterised by an unusually low volume of neutrophils circulating in the blood, the neutrophils make up most of the white cell count and act as a defence against infections (Sammut and Maazar, 2012). When a patient develops neutropenia following systemic anti-cancer therapy (SACT) they are susceptible to infection and septic shock (Clarke et al, 2013). Neutropenic sepsis (NS) is a common complication following SACT with mortality rates reported between 2-21% (Scullin and Forde, 2016). The neutrophils post chemotherapy is likely to drop between days 7-14, this is when a patient is most susceptible to infection (Marshall and Innes, 2008). This is highlighted in the scenario presented.

Neutropenia following chemotherapy is estimated to occur in 70-100% of patients making a patient vulnerable to sepsis (Clarke et al, 2013). Therefore, it is essential patients are educated prior to treatment on possible side-effects and complications they might incur ensuring the 24-hour on-call contact details are emphasised (Roe and Lennan, 2014). Staff holding the 24-hour on call phone are trained in using the UKONS, (2010) triage tool (Appendix 4) which uses a traffic light flow chart to assess the urgency of side effects a patient might experience; with a fever it automatically triggers a red alert for urgent admission and assessment.  In the scenario given the patient had been well educated as evidence suggests and attended the outpatient department within 40 minutes of calling to report a fever. However, it was reported that 56% of patients delayed reporting side effects by 2 days to avoid hospital admission even though they were aware of side effects to report (Warrington et al, 2016).

On arrival the patient’s vital signs were taken and clinical presentation of patient was assessed which sparked concern of suspected neutropenic sepsis (Appendix 1).Due to the temperature being above 380C it is relevant to suspect sepsis (NICE, 2012).As per NICE guidelines, (2012) and the Surviving sepsis Campaign, (SCC) (2012) bundle oxygen was applied, bloods were taken including full blood count, liver and kidney function, CRP, lactate, coagulation and blood cultures. Antibiotics were administered within the one-hour door to needle time frame without waiting for lab confirmation of neutropenia, which is recommended by NICE, (2012) and NCAG, (2009). A systematic review found that mortality was reduced by 33% when antibiotics were administered within the one-hour door to needle time (Johnson et al, 2017).  IV fluids were administered, and urine output was measured (SSC, 2012). However, although the one-hour door to needle time for antibiotic administration is recommended several studies found that antibiotics were delayed by up to 3 hours (Clarke et al, 2011); (Forde and Scullin, 2017). The National Confidential Enquiry into Patient Outcomes and Death (NCEPOD) (2008) looking at the deaths within 30 days following SACT, highlighted insufficient care of NS with frequent delays in antibiotic therapy.

A patient must have further diagnostic tests to detect the source of infection including chest X-ray if clinically indicated, a urine sample, sputum sample and stool sample whilst awaiting on lab results confirming neutropenic sepsis (NICE, 2012). In this scenario neutropenic sepsis was confirmed by the lab results with a count of 0.19 x109/l, as per local policy the patient was admitted onto a ward and was put on isolation precautions for the duration of hospital stay ([Unnamed Hospital], 2010).  The patient accepted the admission was required and was informed that further chemotherapy would be given at a reduced dose. Neutropenia caused by chemotherapy can have substantial psychological consequences as treatment may be delayed and dose intensity on future treatments would be reduced (Warnock, 2016). The patient recovered and was discharged from hospital 4 days later.

In conclusion the patient in this scenario called the 24-hour on call as educated, the nurse triaged the patient appropriately using the UKONS triage tool and the patient attended for urgent review. The patient was assessed quickly and proficiently, and was treated within the 1 hour door to needle timeframe as suggested by NICE Guidelines, (2012).

Past medical history of pernicious anaemia.

The Patient had 2 lumpectomies and total lymphadenectomy.

14:20-7 days post chemotherapy, the patient called in via the 24-hour on call telephone with a temperature of 38.10C and shivery.

The Nurse in charge of the 24-hour on-call used the UK Oncology Nursing Triage rapid assessment tool and patient was asked to attend outpatient’s department for urgent review.

It was suspected the patient was neutropenic septic.

14:40-2L of oxygen was applied and all bloods were taken as well as cultures.

15:00-Antibiotics (Piperacillin/Tazobactam) were administered along with IV paracetamol and IV fluids.

15:30-Patient was admitted to an inpatient ward and was placed on isolation precautions.

The patient was discharged 4 days later once the neutrophils had recovered and antibiotic course had finished. 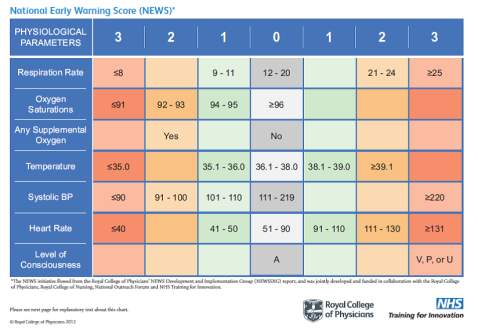 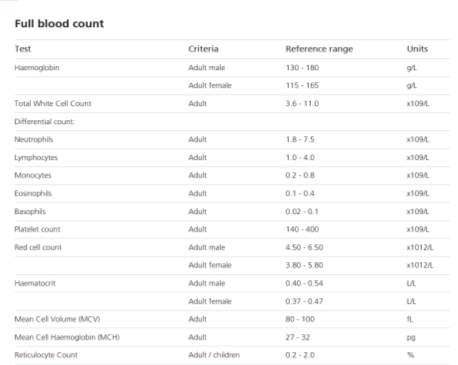 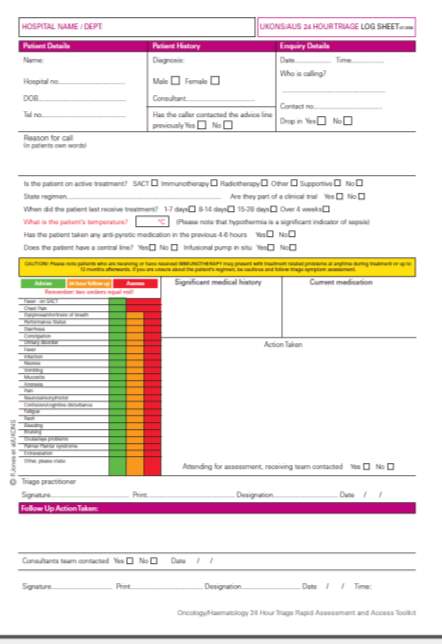 Sometimes called blood poisoning, sepsis is the body’s often deadly response to infection or injury. Sepsis is a potentially life-threatening condition caused by the immune system’s reaction to an infection; it is the leading cause of death in intensive care units.

Twenty percent of all intensive care admissions are attributed to severe sepsis. Sepsis is the leading cause of death in non-cardiac intensive care units (Angus et al., 2001). The Surviving Sepsis Cam...

Jessica Jensen North Mohave Community College Nursing 222 Monika V. Wise, RN, BSN, MS Septic Shock It knows no boundaries. It is not biased or racist, and it is a killer. It will affect any age or...