Waves have been applied to many important procedures nowadays. In this article I am going to investigate the application of waves on pregnant women. One of the very important topics is the application of ultrasonography in prenatal checkup; therefore I would focus on this topic and discuss its principle and advantages among other different methods of prenatal checkup.

Nonetheless waves do not only bring benefits to pregnant women, but also harm. There are some electromagnetic waves (or EM waves) which may be harmful to both the mothers and the fetuses, such as X-ray. Yet, will pregnant women really have an increased risk of miscarriage after having an X-ray? Recently there are also concerns about the effect of radio waves and microwaves on pregnancy. In this article I am going to investigate them one by one.

Ultrasonography refers to the use of ultrasound. Ultrasound is longitudinal wave, it has the same speed as audible sound wave in air, which is 340ms-1. The main difference between audible sound wave and ultrasound is that ultrasound has a frequency beyond audible range of human, which is around 20 Hertz (20 Hz) to 20 kilohertz (20 kHz or 20,000 Hz). Normally the frequency of ultrasound used in prenatal checkup is ranged from 1.6 to 10 megahertz (MHz), depending on what structures of the fetuses are being examined. Ultrasound with lower frequency can penetrate deeper into body tissues, because the higher the frequency, the more ultrasonic waves are being absorbed instead of reflected, thus while examining deeper tissues like the liver and kidney, ultrasound with lower frequency (around 1.6-6MHz) is used.

In the ultrasonography, ultrasound waves are emitted by a device called transducer. Actually the term transducer refers to a device which converts one form of energy into another, so there are lots of types of transducer. In the ultrasonography, an electroacoustic transducer is used to convert electricity to emit and receive ultrasound; therefore to be more exact, the device used is also called an ultrasound transceiver. The transducer is placed on the abdomen of the pregnant woman, the ultrasound emitted penetrates the skin and then reaches the foetus and other internal organs of the mother. The waves are then reflected back to the transceiver, the transceiver senses the waves and converts them into images.

In case that the pregnant woman is in early pregnancy or obese, she can undergo transvaginal sonography, which a probe is placed in the woman’s vagina. Sometimes the test is also carried out if the pregnant woman has got abnormal vaginal bleeding or pelvic pain. This type of sonography has the similar principle as the ultrasonography mentioned above. Some mothers may want to see the heartbeat of their babies, they can carry out the Doppler sonography. It has basically the same principle as the ultrasonography except the ultrasound is further enhanced by Doppler Effect. Generally the fetus’s heartbeat can be detected after 7 weeks of gestation, thus the blood flow of the fetus can be detected as well. The blood flows in a circulation in the body of the fetus, the Doppler sonography can thus detect the change in directions of blood flow by Doppler effect and see if the circulation is normal or not. This can be done by measuring the change in the frequency received in the transceiver.

In fact there are a few more types of prenatal checkup, such as amniocentesis and chronic villus sampling. Nonetheless, the ultrasonography is the safest way for diagnosis. The ultrasonography only involves a transducer placing outside the mother’s abdomen, while amniocentesis and chronic villus sampling require mechanical penetration and sampling inside the mother’s uterus or abdomen, this increases the risk of miscarriage during the tests. Despite this fact, ultrasonography can only give an early diagnosis of the mothers and fetuses, it cannot treat anomalies or genetic diseases. According to the test conducted by RADIUS study group in 1993, researchers found that obtaining sonography has no significantly negative effect on reducing perinatal morbidity or mortality among the fetuses or the mothers. Moreover, the detection of anomalies actually did not alter the outcome of newborn babies. Therefore it is important to acknowledge that ultrasonography is just a test whether the fetuses are healthy, but not a treatment to anomalies.

X-ray is an electromagnetic wave with a wavelength ranged from 0.01 to 10 nanometers (0.01-10 x10-9m). It has a speed of 3×108 ms-1 in vacuum. In fact, X-ray is commonly used in medical treatments, such as radiation therapy of cancer and medical imaging technology. X-ray is produced in an X-ray tube. In the X-ray tube, electrons are accelerated by applying a high voltage. Electrons then collide with a metal, and the sudden deceleration of electrons results in the emission of X-ray.

X-ray has high ionizing power, thus there are many people worrying about the harmful effects of having an X-ray diagnosis, especially pregnant women. It is true that a very high dose of radiation from X-ray may result in radiation sickness. Prolonged and continuous exposure to X-ray also increases the risk of cancer development, and in pregnant women, there may also be a risk for the fetus to develop childhood cancer or even miscarriage. Nevertheless, it seems that the harmful effects of exposing to X-ray are exaggerated. The serious harmful effects mentioned above are just the results of high dosage in a short period of time.

There are different kinds of X-rays, one type is used in scanning or diagnosis, one type is used in treating cancer. The energy stored in different types of X-rays is different. For normal X-ray scanning, the dosage is extremely small. The absorbed dose of X-ray is measured in rad, which 1 rad = 10×10-3 J kg-1 = 10-2 J kg-1. If a pregnant woman is having a chest X-ray, the estimated fetal dose is around 60 millirads, the dose is around 290 millirads for an abdominal X-ray. This is quite a low value, as the dose from the radiation from outer space is around 90-100 millirads. In fact, the risk of the fetus having eye abnormalities or mental retardation increases only when the dosage exceeds 10 rads, therefore it is very rare that pregnant women suffer from harmful effects by the X-ray radiation. According to the American Academy of Family Physicians, generally X-rays are safe even for pregnant women, and according to radiologists, no single diagnostic x-ray has a radiation dose significant enough to cause adverse effects in a developing embryo or fetus.

Normally doctors will not ask pregnant women to undergo an X-ray scanning, unless when it is urgent and necessary. It is also suggested that pregnant women should tell the radiologists about the pregnancy, so that radiologists can adjust the radiation level to better protect the mothers and the fetuses. To conclude, many people are afraid of having X-ray scanning when they are pregnant, but in fact the risk is not that high if we compare the dosage to the exposure to outer space radiation.

Concerns of radio waves and microwaves

Besides X-ray, some people are concerning about the effect of radio waves and microwaves on pregnancy. In fact the effect of these two types of EM waves is even less than X-ray. There has been a study investigating the relationship between exposure of radio waves and microwaves of female physiotherapists, and the ratio of miscarriage. Due to occupational use, physiotherapists are very often exposed to medical equipment emitting microwaves diathermy and radio waves. According to the study, investigators compared the odd ratios between those pregnant physiotherapists and other pregnant women. The results showed that the risk of miscarriage was not associated with reported use of diathermy equipment, thus people need not worry too much about this issue.

Waves have been widely used in medical equipment, and there are several applications of waves on pregnancy. Ultrasonography is the most common and the safest method of prenatal checkup. Though it can be used in diagnosis, it is unable to treat diseases in fetus. Many people concern about the side effects of using X-ray, microwaves and radio waves, however it is in fact very safe because the dosage of radiation is extremely small. Therefore people need not worry too much about the risk of miscarriage caused by exposure to these waves.

Sonography is a diagnostic imaging technique, or therapeutic application of ultrasound. It is used to create an image of internal body structures such as tendons, muscles, joints, blood vessels, and internal organs. Its aim is often to find a source of a disease or to exclude pathology. 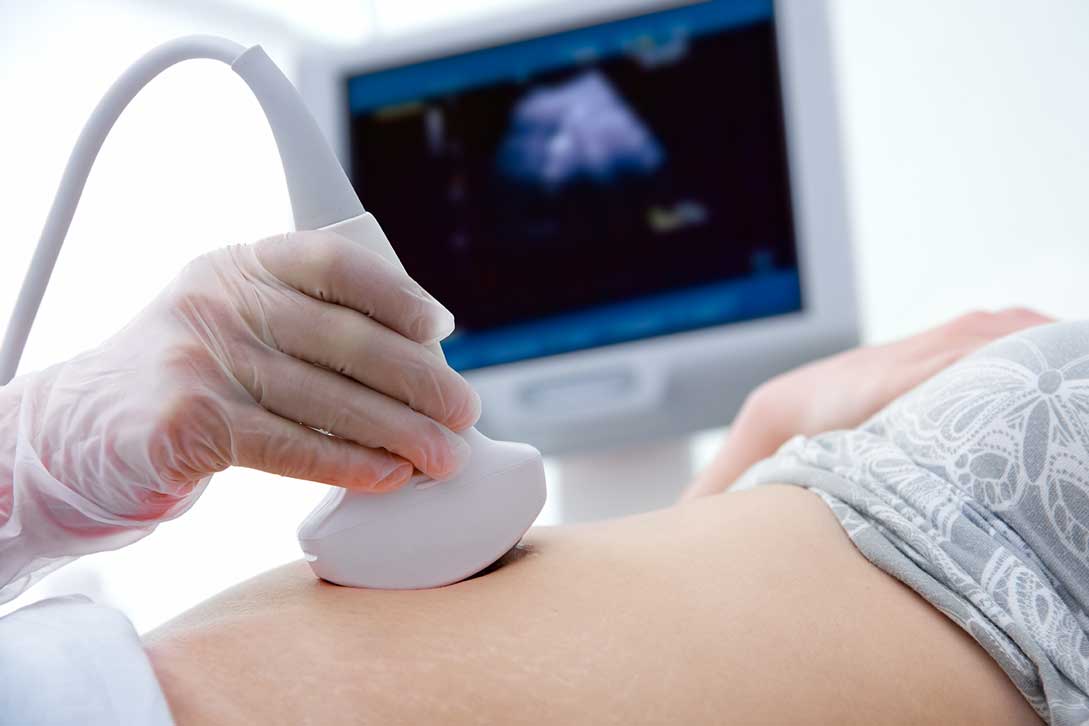 Obstetric ultrasonography is primarily a non-invasive prenatal diagnostic tool for visualizing the embryo or foetus in its mother’s womb. While performing an ultrasound scan, the obstetric sonograp...

The Role Of The Radiographer Health And Social Care Essay

While radiography got its start in the 19th century, the profession of radiography in more recent years has emerged into an ever expanding field of high technology. Radiography is a relatively new hea...