The Role of Heat Shock and Cold Shock Proteins in Hormesis

­­­ Life is full of good events as well as physically traumatic events. In addition to major accidents such as injuries, there are environmental conditions that can chronically threaten our well-being. Fortunately, the finely-tuned machine of the human body, along with every other living thing, is equipped with parts and methods to deal with these otherwise deleterious episodes. Heat shock proteins and cold shock proteins are two such examples of beneficial parts. As their names suggest, they are able to absorb the shock of the mildly or moderately stressful events of an organism’s being exposed to hot or cold temperatures. The concept of hormesis allows for such mild traumas to not merely be negligible in the harm caused but to actually benefit an organism. By this principle, heat shock and cold shock could actually improve an organism’s health. In this vain, some researchers have continued exploring therapeutic treatments that utilize hypothermia and hyperthermia either in clinical psychiatric populations or among patients for whom they hope to prevent from suffering neurological or psychiatric harm. Some of the mechanisms are variable among each individual, due to interactions with external and the internal biological environments. This paper first provides some basic explanations of the biological components known as heat shock proteins and cold shock proteins.

Within and outside of cells, heat shock proteins have the important role of facilitating the folding of proteins (Zininga, Ramatsui, & Shonhai, 2018). They also are activated as part of the heat shock response. Because there is an ideal temperature range that each organism requires for survival, the heat shock response is activated by even a slight rise in temperature (Richter, Haslbeck, & Buchner, 2010). This response is mainly intended to prevent the unfolding of proteins within an individual animal cell, which could result in protein entanglement and general aggregation, all of which hinder healthy cell function (Richter et al., 2010). Furthermore, heat can rearrange and damage the fibers that make up the cytoskeleton of the cell, a process that threatens the structural integrity of the cell (Richter et al., 2010). Thus, heat shock proteins play an important role in preserving cellular structure.

As mentioned above, the principle of hormesis demonstrates how mild levels of substances or events that would otherwise be toxic can actually improve the life of an organism (Le Bourg, 2009). This makes sense, we see this in many areas of life, such as with resistance training exercises, vaccines, and mild joking insults among friends. Regarding biochemical toxins, low-level stressors actually have the effect of extending life in lower-order animals (Haigis & Yankner, 2010). When it comes to temperature differences, heat shock proteins have been shown to affect immune system function; however the mixed results from research indicates both the species being studied and the concentration of protein levels determine whether the effect will be supportive or suppressive (Zininga et al., 2018). And, as mentioned above, since heat shock proteins are associated with inflammatory response they can be helpful as markers identifying either the presence of inflammation or the loss immune function, such as in chronic inflammatory diseases (Borges et al., 2012).

There is a hormetic effect that heat shock proteins have on a specific but important practical activity: dentistry. A pretreatment of heat was given to patients whose level of heat shock protein 70 were experimentally manipulated undergoing dental procedures, and the patients with the higher levels of the protein exhibited less overall movement (Marciniak et al., 2019). These findings demonstrate the protective role of the heat shock proteins maintain cellular structures even under macromovements of orthodontic work (Marciniak et al., 2019). These protective effects indicate the multiple needs and benefits of heat shock hormesis.

Despite their protective functions, the specific circumstances of heat shock proteins within an organism can determine how beneficial or even whether heat shock proteins are helpful. For example, in individuals with Huntington’s disease, heat shock protein 90 (HSP90) has been shown to be associated with suppression of brain-derived neurotrophic factor, which is an important chemical for neural cell life (Orozco-Díaz et al., 2019). There are equivalently valuable components that serve as markers for pre-cancerous cells (LLeonart, 2010): cold shock proteins.

When activated, some cold shock proteins facilitate protein synthesis, sometimes even to a dangerous degree, leading to cancer growth (LLeonart, 2010).

Cold shock proteins can facilitate the preservation of cells when they are in a process of receiving less oxygen and other nutrients (Polderman, 2009). This is particularly useful in situations during which there is not much oxygen or nutrients available to the cells, for whatever reason, but after which they will be made availab

There are several physiological mechanisms, such as the production of testosterone and adrenaline as well as numbing, that allow for a person to enjoy the benefits of being exposed to cold temperature (Kyriazis, 2010). Just like heat stress, cold stress has been demonstrated to have an effect of age extension (Kyriazis, 2010). Some researchers indicate that merely introducing chemical compounds that are associated with cooling into a body can instigate the benefits of the cold shock process (Kyriazis, 2010).

There are several ways that the body of research involving both heat and cold shock mechanisms can be applied to clinical psychiatric populations. One way that hypothermia therapy is already used is with sufferers of cardiac and brain events (Delhaye, Mahmoudi, & Waksman, 2012). While this medical intervention only directly involves cooling of the body to near-freezing temperatures, it activates cold shock proteins, which, as mentioned above (Polderman, 2009), can help stop damage due to traumatic rapid changes within the cell. Hypothermia treatment slows the metabolism of the brain, allowing for further treatment to be given, all the while preserving the existing neurological state from further harm (Delhaye, Mahmoudi, & Waksman, 2012).

Recognizing the benefits of hypothermia treatment, an application has been introduced for preventing epileptic seizures after the occurrence of brain injuries (Atkins et al., 2010). However, hypothermia is not an all-encompassing treatment for every malady. Some research indicates that ice-bath therapy for athletes is not significantly more effective than active recovery from workouts and injuries (Allan & Mawhinney, 2017).

Another application of heat and cold shock involves treating clinical depression. Whole-body hyperthermia, in other words, a sauna experience that heats up the body, has been shown as an efficacious treatment for major depressive disorder (Janssen et al., 2016). In rat studies, the combination of a small dose of antidepressant with hyperthermia has shown to alleviate depression symptoms (Hale et al., 2017). This is especially promising for the subject of pharmacological interventions, due to the complications associated with standardizing drug treatments (Hale et al., 2017).

It is clear that heat shock proteins and cold shock proteins are important in regulating cellular function when organisms are exposed to heat or cold. They seem to function as part of the biological system that copes with stressful environmental conditions and helps the organism become stronger and healthier as an outcome, all of this being known as hormesis. What is not clear is the specific hot and/or cold treatment that would be appropriate for treating and individual with various physical and mental ailments. Future research could indicate optimal amounts of hot or cold as well as effective combinations of hot and cold (contrast therapy). Caution must be exercised when designing studies, as there have been demonstrable adverse cognitive and emotional effects of introducing the variable of cold temperature in an already-stressed population, such as military trainees (Vartanian et al., 2018). In the realm of treatments, each individual has their own preferences, and different types of people or subpopulations may respond to different treatment methods. For example, certain sufferers of trauma or overly intellectual individuals may not want to engage in a physical modality like whole-body hyperthermia for depression. They may have intellectual concerns, emotional pain, or physical aversions to such a physiologically-demanding situation. Yet once they experience the benefits of hyperthermia or hypothermia, their physiological experiences might lead them to reevaluate their position on what could be a positive experience in their present and future treatment of personal physical and psychological issues.

Shock is a complex process that impacts all body systems and if not treated appropriately can result in widespread complications and death. There are many types of shock however all involve ineffective tissue perfusion and acute circulatory failure. 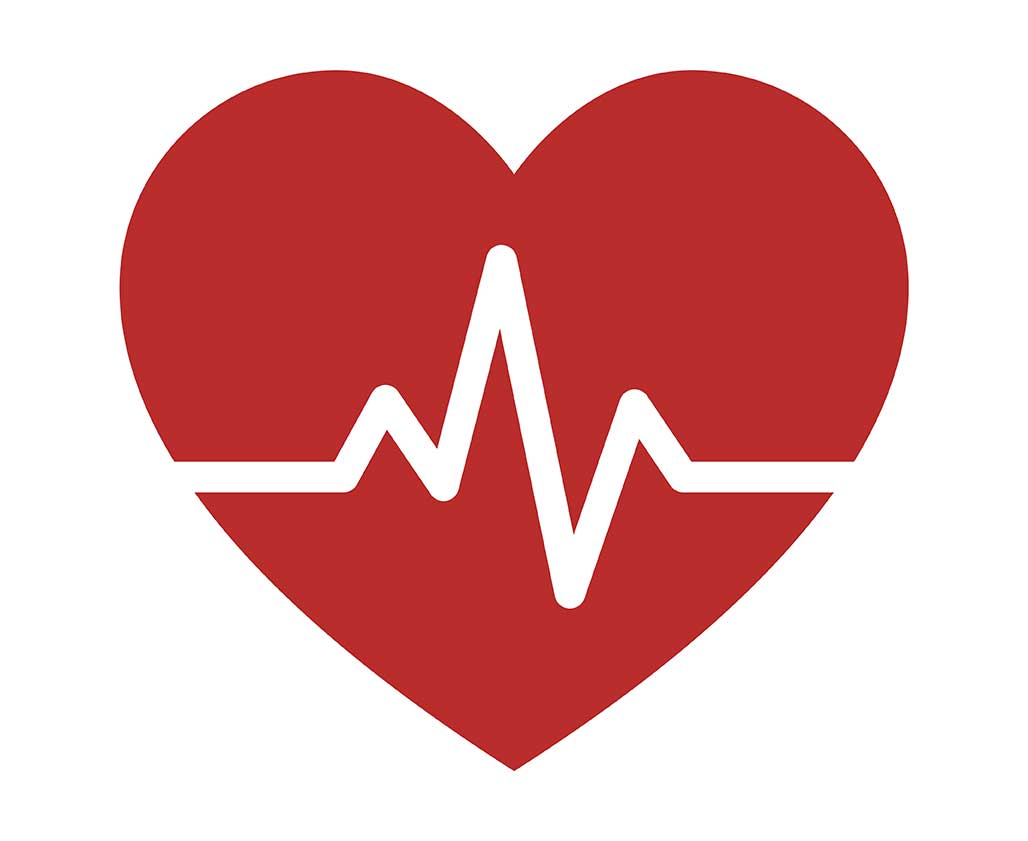 Food-induced anaphylaxis is a serious allergic reaction that can rapidly cause death in otherwise healthy individuals. It is estimated that 0.1% to 5% of children in the United States have ...

Shock is a life threatening condition defined as an acute clinical event precipitated by reduced tissue perfusion caused by reduced circulatory output, failure of the heart to pump effectively and a m...

Cause And Treatment Of Hypovolemic Shock Nursing Essay