Catalysts For Change: Will Pharmacy in the United States Embrace Them?

From Eugene White’s “Office Based” practice model to Helpler and Strand’s “Pharmaceutical Care” model, during the past 50 years there have been no shortage of expert advocates for the pharmacy profession moving toward a patient-focused one. The results so far have not been as optimal as many would have hoped. An argument is made that the confluence of the passage of the Affordable Care Act, pharmacist manpower stability (and fear by many of an impending oversupply), and the imminent and future impact of automation and technology serve as excellent catalysts to influence the profession to move much more rapidly toward the patient-focused care paradigm.

The profession must embrace the opportunities discussed regarding moving quickly toward the patient-focused paradigm. Although several barriers still exist, especially in the community setting, it is difficult to see a path whereby pharmacy can rely on dispensing for its livelihood to the extent it has historically. Therefore, the profession has little choice but to embrace the role of the pharmacotherapy expert in collaborative health care practice.

During the past half century several authors have called for a paradigm change in the pharmacy profession away from a drug product focus to a more patient and clinically focus.1-7 From Eugene White’s concept of an “office-based pharmacy” practice in the early 1960s (in violation to the profession’s 1952 Code of Ethics) to Donald Brodie’s thoughtful “Drug-Use Control” in the 1969 to Hepler and Strand’s “Pharmaceutical Care,” in the late 1980s there has been no shortage of expert advocates espousing the need for pharmacists to reduce their reliance on the distributive function of prescription medications and emphasize the cognitive component.2,5,6 The need for the paradigm shift revolved around several themes, including the following: 1. To reduce preventable drug-related morbidity and mortality; 2. To regain the professionalization of pharmacy that was ameliorated due to the rise of prepackaged and premixed drugs after World War II; and 3. To protect against future loss due to automation.1-7

Despite this, especially in the community setting, there is wide-spread agreement that patient-focused care is not practiced as optimally and consistently as it could be practiced.8,9 In addition, historically there have been many barriers to patient-focused care, including time constraints at the community level.10 Perhaps the most significant barrier is the fact that pharmacies have not been reimbursed at a profitable level for providing patient care services. 10,11 One major reason for the underwhelming changes relates to the fact that, with significant shortages of pharmacists during the recent past resulting in meaningful salary increases, there was not a sense of urgency to consistently and fundamentally change pharmacy practice. The situation may be different today due to at least two major factors. First, according to the Aggregate Demand Index (ADI) most of the United States is “in balance” with a minority of states in moderate demand.12 This contrasts to a high demand for pharmacists as recently as 2007.12 Contributing factors to this supply change include an unprecedented growth in both new schools and colleges of pharmacy, as well as significant expansion of current programs.13,14 Also, some will argue that many pharmacists are working longer than they expected due in part to the Great Recession of 2008. A second reason for why the situation may be different today has to do with the advances in automation and technology. Although there have been previous discussions regarding automation and technology and their impact on the profession, there is some evidence to suggest that the distributive function of pharmacy (i.e., dispensing) will be negatively impacted in the near and long term. A recent summary by Colvin regarding the advances made in technology spotlights the impact these advances may have on the world of work. 15 According to Colvin, the key question to ask is: “What can people do better than computers?” For example, what impact will Google’s autonomous car have on the future of trucking? What is happening to lawyers is a useful example of how technology can impact professional jobs. In the discovery phase of litigation, computers are much better than people for screening documents for relevance related to germane law cases. They are also better at predicting Supreme Court decisions than humans. That does not bode well for high salaries and full employment in the law profession. Watson, IBM’s cognitive computing system, is not only smarter than we are, but has become 240% faster in the past 2 years! In pharmacy, the robot at University of California at San Francisco’s hospital has replaced all dispensing and has not had an error in 350,000 prescriptions.16 Although the hospital has not reduced its pharmacist staff it is possible that they could in the future. In addition, the technology can be used in other pharmacy organizations to potentially reduce the need for pharmacists.

On a macro-economic level, economists struggle to explain why the 2008 economic recovery was so tepid. In past recessions, it has taken only 18 months for the U.S. economy to return to pre-recession levels. It has taken 77 months for the 2008 recession. Could advancing technology be a factor in why real wages have stagnated? Former Treasury secretary and economist Larry Summers recently stated: 17

Until a few years ago I didn’t think this was a very complicated subject; the Luddites were wrong, and the believers in technology and technological progress were right. I’m not so completely certain now. We now have the lowest work participation in decades for those in the 25 to 54 age range. Why?

What is the answer in pharmacy to the question “What jobs can humans do better than computers?” Certainly, pharmacists cannot dispense prescriptions better than computers. But pharmacists can perform the non-routine task of patient-focused care better than computers (although some believe that future automation will include robots that can show empathy and emotion). Quality investigations such as the Ashville Project have demonstrated that pharmacists can reduce health care costs and improve patients’ medication therapy outcomes.18 Despite these successes, due to a myriad of reasons such as lack of consistent reimbursement for pharmacist services, many pharmacists’ clinical skills remain underutilized. Interestingly, former APhA President Bruce R. Canaday’s gave a thought provoking inaugural address on March 21, 2006 when he stated the dilemma facing the pharmacy profession.19 He stated that pharmacy needs to change its model of practice “Because if we don’t, we could become extinct, with our roles in the health care system replaced or eliminated.”19 He cogently argued that optimal medication order fulfillment can be done from anywhere in the world; therefore not changing may result in the pharmacist’s job being marginalized. Since 2006, automation and technology have become more advanced. Paradigm changes often are precipitated by catalysts for change. The catalysts today present tremendous opportunities for pharmacists to utilize their previous underutilized skills in optimizing patients’ complex medication management therapy. In addition to the threat on pharmacists’ jobs from remote medication order fulfillment serving as a catalyst to change, provisions stemming from the Affordable Care Act (ACA) that includes Accountable Care Organizations (ACO) and Patient Centered Medical Homes (PCMH) may serve as meaningful catalysts.20,21 These provisions have the goal of reducing costs while improving quality. Because of ACA, millions of more citizens and residents of the United States have health insurance. Subsequently, the aforementioned opportunities exist for many health professions, including pharmacists, to optimize patients’ health outcomes. To realize these opportunities, a necessary first step is to be recognized as a Health Care Provider under Social Security. Then, the profession must find a consistent way to get paid for their services in a consistent manner. Because of the Pay-For-Performance incentive programs inherent in ACA the environment is amenable to the cost-saving pharmacist services that pharmacists can excel at. White and Latif presented a model that could work where the pharmacist (with residency training) works as the pharmacotherapy expert in physicians’ offices throughout the United States.22-24 These highly skilled pharmacists would initiate and monitor patients’ complex medication management outcomes. About a third of primary care physicians’ time is spent with chronic medication patients.25 By combining the physician’s expertise (diagnosis) with the pharmacists expertise (optimal pharmacotherapy outcomes) the synergy gained may optimize patient outcomes and reduce health care costs due to drug misadventures. White and Latif discussed the changes needed for such a model to work.22-24

The United States spends approximately 50% more on health care than the next most expensive country, Norway.26 If health care were a country, it would be tied with France for the 5th largest economy. The rate of increase of health care expenditures is unsustainable. At its current pace, 50% of our GDP could go to health care by 2070! Therefore, there will be intense pressure on the industry to reduce its costs. In addition to nurse practitioners and physician assistants, pharmacists can play a crucial role in reducing health care costs. Despite the aforementioned positives for pharmacy three key issues remain to be seen: 1. Will pharmacy be awarded Provider status in the near term?; 2. If and when they are awarded Provider status, will they be able to consistently procure fair reimbursement for services that save the health care system money?; and 3. Assuming #s one and two come to fruition, will the United States need as many pharmacists as pharmacy schools are producing? It could be that highly trained pharmacists will add significant value to the health care system, but because the dispensing function ameliorates fewer pharmacists are needed.

In summary, healthcare and pharmacy has and will continue the change. Health care costs must be reduced in the coming decades or the United States economy will collapse (i.e., it is not possible to have 30 to 50% of GDP going to Health Care). The next 5 to 10 years will be critical for the pharmacy profession. Because it is difficult to see a path whereby pharmacy can rely on dispensing for its livelihood to the extent it has historically, pharmacy has little choice but to embrace the role of the pharmacotherapy expert in collaborative health care practice. As former APhA president Canady stated regarding the alternative: “Because if we don’t, we could become extinct, with our roles in the health care system replaced or eliminated.” 19

A physician is a general term for a doctor. Physicians work to maintain, promote, and restore health by studying, diagnosing, and treating injuries and diseases. Physicians may specialise their practice on certain disease categories, types of patients, and methods of treatment. 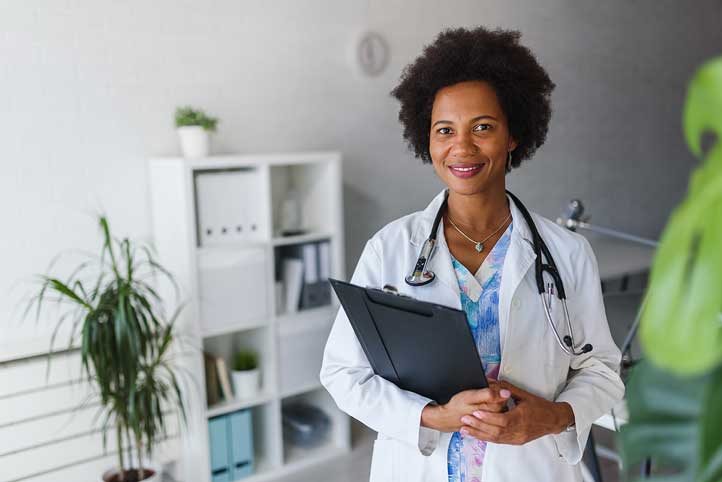 Physician Assistants in the U.S. Department of Veterans Affairs

The Department of Veterans Affairs (VA) is committed to serving and providing world-class health care to veterans and their families. The VA helps veterans to transition back home and into meaningful careers....

One of the nurses in tertiary care hospital; when he encountered the unexpected incident, while caring a 70 year old male patient in the morning shift, admitted with below Knee amputation due to diabe...