Everyone all have the right to the lead the lives they choose free from abuse as a result of one vulnerable effects, danger to health and life or due to any other circumstances. Unfortunately there are times and scenarios where people are faced with neglects, treats to life, exploitation harm and abuse especially children. It is very important to ensure that people who are vulnerable receives all the basic support and assistance to keep them safe and protected all the time.

United Nations International Children Emergency Funds (UNICEF) is part of the world’s organisations providing help and support to the vulnerable from all over the world after working in over one hundred and ninety (190 different countries.

However, UNICEF is readily available to respond to emergencies that strike any person or countries delivering lifesaving help to children within 48 hours (UNICEF, 2014). This organisation helps in five major areas of concern which includes, violence exploitation and abuse, Disease, Hunger and malnutrition, war and conflict and Disasters.

Furthermore, it can be seen that all this areas are the world’s most threatening scenarios which makes UNICEF the world most recognised organisation that provides support. It is however the only organisation that is specifically named under the United Nation (UN) convection on the rights of a child as a source of expert assistant and adviser.

Table of Contents (Jump to)

WHY SUPPORT THE WORK OF THIS ORGANISATION

A vulnerable person is referred to as anyone who is or may be, in any case unable to take care of his or herself financially, health wise or issues concerning significant harm or exploitation. This maybe as a result of mental illness, physical disabilities, sensory impairment, war, old age or as the case maybe.

However, due to all these above vulnerability, such an individual or group of people are liable to receive care services in their houses, community or even country as a whole. This health care practices or support are usually carried out by registered organisation whose sole aim is to protect people in need and the vulnerable.

UNICEF is part of the world’s leading organisation that provides support to vulnerable people. This organisation works for children and child rights and other related issues, having tentacles in over more than one hundred and ninety (190) countries, including families, local communities, business partners and Government to help each and every child reach their full potential. 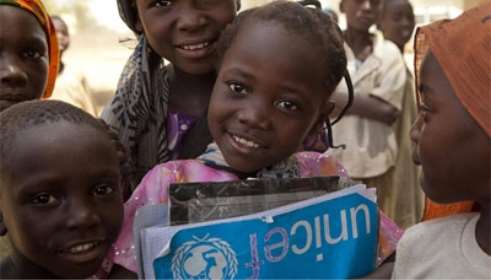 WHY SUPPORT THE WORK OF THIS ORGANISATION

UNICEF is known for their positive impact in the nation’s welfare considering the vulnerable and the less privileged people. Right now children and lots of people face violence, diseases, and hunger, war and natural disaster. This issue is getting alarming and due course to reduce it are really being concentrated on by organisation like SCOPE, OXFAM, NSPCC especially UNICEF.

UNICEF helps ensure that most of the world’s children are in good condition, fed, vaccinated educated, protected and taken care of than any other leading organisation. UNICEF is based and established in over 190 countries in the world, influencing the laws, policies and customs of such countries in other to help benefit the vulnerable people or people in need.

United Nation International Children Emergency Fund (UNICEF) is a charitable organisation that believes that every person’s lives matters throughout their life time right up until they die, and that no one deserves to be in an avoidable pain, sufferings or any kind of emotional distress.

This organisation was established in order to conquer the barrier of poverty, violence, diseases and discrimination placed in every child’s path. Not supporting this kind of organisation after considering all the positive things and actions they carry out is like ignoring JESUS’s coming.

ISSUES BEING ADDRESSED BY THE ORGANISATION

UNICEF is the driving force that helps build a world where the rights of every child are realised. It is believed that nurturing and caring for children and the people in needs are the cornerstones of human progress. UNICEF focuses on five big and major dangers children faces in the world today. Which are;

Violence, exploitation and abuse: According to the UNICEF UK report, “every five minutes a child dies as a result of violence, while more children live in fear and panic of physical, emotional and sexual abuse and however this has a long term effect on any children that is being exposed to such a bad experience. In some cases children are being beaten up, raped or even to the extent of murder in some cases as a result of violence. (UNICEF, 2010)

Children that are victim of violence are likely to develop “soldiers exposed to combat” which means they later be lured into being a drug addict, drunk or mentally derailed due to series of horrible experience they went through.

Post-traumatic stress disorder is one of the long lasting symptoms that tends to happen to children that have been abuse or victim of violence. Child trafficking is also one of the abuse which any children could face.

As a charitable organisation, UNICEF helps protect these children and their families by setting up services and working as part of a team with the government to ensure national child protection system are effective. And also informative declarations are made to the communities to change their approach towards abuse and violence and know that it is not acceptable.

Disease: Lots of children are in danger of deadly but preventable diseases e.g tuberculosis, tetanus, measles, polio, diphtheria and whooping cough. Children dies from these diseases as a result of lack of health care facilities in the country. And all these diseases can easily be prevented by immunisation.

It is noted that children faces a lot of challenges but diseases is one of the greatest. 1 in 3 deaths of children under 5 years old are preventable by vaccines and 4 out of 5 children are immunised with the help of UNICEF.

Every year a lot of children dies from disease such as cholera, typhoid and diarrhoeas due to inadequate access to safe water and sanitation services and lack of poor hygiene practice and this is one the major causes of under-five mortality.

However UNICEF being the world’s largest vaccines distributor. They also support immunisation programmes in more than hundred countries to protect children live. When a certain country is going through natural disaster or any kind of epidemic disease, UNICEF is always there to provide vaccination campaigns.

Furthermore, UNICEF works with more than ninety (90) countries to improve children live through better water supplies and sanitation facilities in schools and communities by promoting safe hygiene such as practising hand washing techniques, making sure they do everything it takes to stop disease spreading and killing.

War and Conflict: Countries like South Sudan, central Africa, Republic of Iraq and Syria. War and conflict has put lives of millions of children in awful danger and treat. These children having lost their homes, families and loved ones and even their own lives in some cases. As a result of this, most of this children become vulnerable to many other dangers such as diseases, malnutrition, violence, exploitation, they often become orphans and homeless children.

UNICEF are always there to provide lifesaving food, water, medicine, protection and psychological support to children whose lives have been ruined due to the effects of the war and conflicts. It also ensures that children caught up in war and conflicts gets the help they deserve in order to stay safe and strong.

Hunger and malnutrition: Every human being needs food and water to survive. A lot of children are in danger because of inadequate supply of food and water. As a result of malnutrition a child dies every 15 seconds especially in parts of Africa. More children live with the lifetime effects such as physical disabilities and learning difficulties.

When a child is born, the first couple thousand days tends to be the most crucial days in their lives. And so if they do not get enough nutrients during those days, their brains and bodies are liable to not developing properly.

UNICEF helps mothers and communities to keep their children healthy and well nourished. It provides 80% of the emergency food that saves life. By making sure that children eat food that gives them enough nutrient they need in their body. This has helped cut the number of children that are badly affected by nearly 100 million since 1990. All this is because of the food provided by UNICEF.

Disaster: Due to climatic changes, a lot of severe and frequent natural disaster, food crises and rainfall patterns changing are putting people especially children in danger. Natural disasters such as flood, earthquake, tsunami and typhoon results in children losing their homes, families and lives.

After any kind of disaster, children are left vulnerable to many emotional breakdown, exploitation and this make so people homeless in the case of tsunami or flood, or death in some cases where people are being engulfed into the ground in the case of earthquake.

However UNICEF as an organisation is always there to provide help for children that has gone through this terrible disaster in order to stay strong and focused and give them enough assurance that would encourage them they could still have the lives they never thought they would ever have again. With the help of the Government, people and UNICEF provides life-saving supplies for the children immediately after an emergency and also help the communities to help rebuild their homes, towns and schools or any damages caused as a result of the disaster.

After making child survival rates better than before, including all the above mentioned care being rendered to every vulnerable individual, UNICEF being a charitable organisation should be well publicised so that people and other less privileged or not well known communities and people can be reached by its good work.

I would also like to suggest that everyone should embrace this organisation and continues to work with it so that the sharing of the important responsibility of helping and keeping vulnerable people safe is achieved.

Malnutrition, as well as other factors, has negative effect on the person’s quality of life. In the UK, hospitals admission rate and mortality were greatest in patients with BMI below 20 (kg/m2). Malnutrition can also cause reduced psychological wellbeing (increase anxiety, depression apathy, and loss of concentration and self-neglect)

The childhood period is the most important stage for the overall development during the lifespan. Brain and biological development takes place at this stage Muller and Jahn, 2009. These development...

Malnutrition and Nutrition Programs in Malaysia

Malnutrition Effects on Quality Of Life

The focus of this assessment is quality of life and specifically this paper considers how malnutrition affects quality of life of community settings’ patients. According to the Scottish Governme...