Dementia is an umbrella terminology that encompasses range of health disorders which are characterized by the progressive dysfunction of brain that includes speech difficulties, perception, vision, personality, orientation, cognitive skills, incontinence, and high infection rate followed by reduced life span. In a survey conducted by Vos et al. 2007 concluded that dementia is the second leading reason for the death of indigenous people of Australia and further concluded that around 15 % of indigenous death is due to dementia.

YOD is termed as a form of dementia which occurs before the age of 65 years. It is very rare before the age of 45 years, but it can begin in the early 30s and there have even been reports of onset in those who are in the mid-20s (Rinfrette 2010). It is estimated that in Australia approximately 10,000 populations has been affected by younger onset dementia (Alzheimer’s Australia 2009). According to data collected from Access Economics 2005, indicated that out of 87,961 cases of dementia in NSW in 2010, 358 has been reported in remote and very remote areas. And further it has been estimated that the rate will increase significantly to 1,026 cases in 2050 (Department of Health 2011). Interestingly, younger onset dementia (YOD) is considered as the emerging chronic health condition for indigenous people at comparatively young ages (under 60 years), especially people residing in remote areas of NSW. It has been statistically stated that indigenous hospitalisation for mental health problems peaked for those aged 25–34 years and 35–44 years (46 and 49 per 1,000 population, respectively). At the peak rate, Indigenous Australians were more than twice as likely to be hospitalised for mental health problems as other Australians. According to Broe et al. 2009, number of indigenous youngster is at high risk of younger onset dementia associated with head injuries and cognitive damages due to drugs intoxication and alcohol abuse.

According to study conducted by Alzheimer’s Australia 2009, the reason behind the onset of dementia in Aboriginal and Torres Strait Islanders is probably due to

Indigenous populations along with health professionals are unaware about the facts that younger people may have dementia. Generally indigenous community refers dementia as a “sick spirit” and believes that lose of connection to the land, culture, tradition and customs cause these sickness (Broe et al 2009). And in addition, limited research has been done on the younger onset dementia regarding the indigenous population lining in remote area due to cultural, languages and geographical difficulties. As a consequence, there is poor and limited access to services that provide care and social support for younger indigenous people and their careers and the condition can have a devastating impact on the person with younger onset dementia, their family, their children and their friends (Alzheimer’s Australia 2009). Thus there is need of management of YOD among the indigenous population in remote area of Australia.

Propose six question that would answer the scope, nature and priorities of dementia (YOD) in aboriginal and Torres Strait Islanders.

Understanding the need and necessity of management of dementia in Aboriginal and Torres Strait Islanders in remote areas this unit has proposed six cardinal questions that would address all the issues regarding scope, nature and priorities of dementia.

Outline of major categories included to indentify and answer the question raised.

Following categories will be included,

To analysis the need of younger onset dementia in indigenous people in remote area of New South Wales, Australia, following step will be considered, 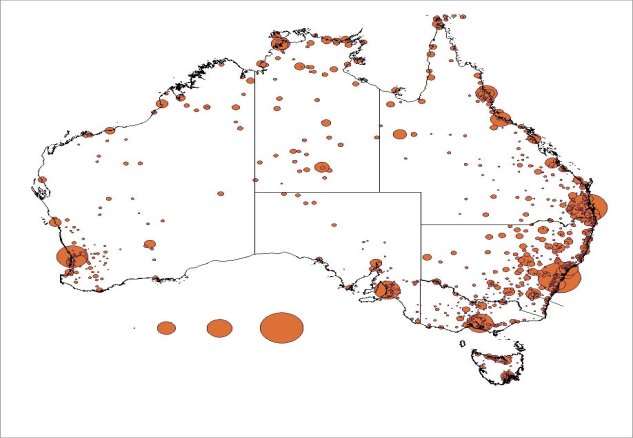 For example, from the above mentioned data it had been estimated that in indigenous population the rate of dementia significantly increased with the age group 25, peaked with age group 35-44 and declined further. From evidence it had been identified that Vascular dementia and head injury dementia was the main reason for the significant increment in these age group.

For identification of all these factor along with the trend of YOD will be been extracted from AIHW, ABS, Alzheimer’s Australia, Department of Health, Health Statistics NSW and the journals published by authorised publication like Pub med.

As a matter of fact, collection of data is a tedious process. And in addition data collection of indigenous population in rural and remote area in even more difficult because of the geographical difficulties, language issues, cultural and social barriers and stubborn tolerance of aboriginal community. Following limitation could be prevalent while extracting data from the above mentioned websites,

Due to geographical difficulties, only limited research has been done in the remote area. As a result only few data are available about the health status and health issues in indigenous community. Thus it is difficult to collect the appropriate data from the data source.

In most of the surveys and reports, it has been suggested that due to cultural and language issues, adequate information and data regarding health issues of indigenous people has not included. This circumstance certainly affect the accuracy of the data presented and leads to faulty report and inaccurate conclusion of the data collected.

Fear of Aboriginal and Torres Strait Islanders to undergo medical system and treatment (Broe et al. 2009) has led to under-reporting of health status of indigenous people.

Recent evidence from ‘Close the Gap’ reporting and data suggests that the health and life span of Aboriginal and Torres Strait Islander people is improving (Thomas et al. 2006). On the other hand, any increment in life expectancy may lead to an increase in the prevalence of dementia because more people will live to the age where the prevalence of forms of dementia such as Alzheimer’s disease is the highest, estimated to be responsible for 70% of dementia cases in old age above 65 years. Thus if this situation arises then form to dementia will shift from vascular and frontotemporal dementia to Alzheimer’s dementia in next 20 years.

As younger onset dementia is largely associated with head injuries and cognitive damages due to drugs intoxication and alcohol abuse management of diet might alleviate the risk of YOD. On the other hand, management of this risk factor might increase the life expectancy of indigenous people and further leads to increase Alzheimer’s dementia which is more frequent in old age.

Australian Institute of Health and Welfare 2011, The health and welfare of Australian’s Aboriginal and Torres Strait Islanders people an overview, Cat No. IHW 42, Canberra, AIHW.

Vos. T., Barker. B., Stanley. L. & Lpoez A. D, 2007, ’The burden of disease and injury in Aboriginal and Torres Strait Islanders peoples: Summary Report”, Brisbane, School of Population Health, The University of Queensland.