“How has the NHS developed over time and what affect has this had on the Health and Social Care of the general population in the UK?”

This report will explorethe NHS over time and how it has affected the Health and Social Care of the general population in the UK. The report will touch upon the history of health care in the UK and explore the NHS to date and how this has had an impacted in society. The definition of the National Health Service, “NHS services are free of charge to patients in England, except where permitted by parliament. The service’s original focus was the diagnosis and treatment of the disease. Now it plays an increasing role in both preventing ill health and improving the physical and mental health of the population” (NHS, 2013).

Policy and legislation relevant as to why the NHS was needed goes back to 1834 when the Poor law was introduced. ‘The New Poor Law was meant to reduce the cost of looking after the poor and impose a system which would be the same all over the country.’ (The National Archives, 1934). When the NHS was born, people were only expected to live for up to three years after retirement, then in the year 2000 people were living more than ten years more than retirement age (Kemshall, 2002). This meant that there were more people needing social care from many different sources and costing more money than the health service can afford. By the late 1970s, health and social care in the UK was in difficulty. The NHS had initially been founded on the basis that the general population health would improve, resulting in less costs in the future once the health status was generally higher. However, this overlooked the fact that many people cured by the NHS; and who presumably might have died in the past, were brought back to full health and discharged from hospital, only to become ill again in the future explains (Glasby, 2017).

The 1800’s saw the introduction of the Lunatic Asylum Act 1858. Under this act, individuals who suffered from mental illnesses, were put into asylums and ‘othered’ by the rest of society. Historically, it was normative to label those with mental and cognitive disabilities as being ‘mentally retarded’ or “mentally handicapped” and it was also deemed acceptable to put them into institutions and take away their rights; rather than giving them the help that the need (inclusion BC, date unknown).

Ignaz Semmelweis was a physician, who was known as ‘the father of infection control’ he noticed that woman whose babies were being delivered by physicians and students who had been handling corpses from the morgue had a higher rate of post-delivery mortality. He then introduced a hand washing policy to his students and physicians. Due to them washing their hands mortality rate fell by 2%. He then started washing medical instruments. The rate then fell by a further 1%. His theory was not supported by his superior or by the hospital. It wasn’t until Pasteur, Koch and Lister until two decades later that provided more evidence regarding the germ theory and antiseptic techniques that Semmelweis handwashing techniques theory was appreciated

In 1897 the Kings fund was established. The Kings fund was an idea of the then Prince of Wales to mark 60 years of Queen Victoria’s reign. “Victorian times has seen many advancements in medicine and technology, from the discovery of x-rays to the foundation of the British Medical Association” (Smiton 2017) therefore, the fund was created with the aim to raise money for voluntary hospitals who helped to care for the poor. A meeting took place between the Prince of Wales, qualified physician and author of the journal ‘The Hospital’ Sir Henry Burdett and surgeon Alfred Fripp when it was stated that “it was at this meeting the Prince agreed to host a fundraising dinner to raise money for a central fund for London hospitals” (Smiton 2017).

Aneurin Bevan who was a British minister of health in 1946 and a leading socialist politician was a key figure in making the NHS happen however, Cawthan (2013) states Bevan faced many challenges and bitter opposition from Winston Churchill who stated the country could not afford the NHS. Rick (2011) claimed Doctors and dentists also went against Bevan stating their independence would be taken, Lord Moran who ran the consultants got them on board by confirming Bevan agreed that all consultants would get a salary also they could work privately. In 1959 Bevan said in his speech “I am proud of the National Health Service, it’s a piece of real socialism, it’s a piece of real Christianity too you know!” (BBC 2017). Lord Beveridge was the author of the Beveridge report for the National health, another key person was Henry Burdett he was health care reformer who advocated charity to help hospital care (Cawthan, 2013). The National Health Service gave 50 million Britons free healthcare in the first year of the NHS the death rate had fallen by 80% this was the greatest event in history (Rick,2011). The Health Act 1999 initiated new partnership flexibilities to allow Health Authorities and councils to develop services at the interface of health and social care.

Currently the Five most common killers in the NHS are; Stroke, Heart disease, Cancer, Lung and Liver disease. To help prevent these five killers the NHS have brought out a mandate that states their aims are to keep people from dying prematurely, improve the quality of life for people with lifelong health conditions , assisting people to recover from bouts of ill health or injury, ensuring people are treated with dignity, respect and in a safe environment ensuring they are protected from avoidable harm, this ensures the patient has a positive experience during this time.( NHS 2018)  this gives them a preceptive a good form of well-being. According to the World Health Organisation (WHO), “heart disease, strokes, cancer, diabetes and chronic lung disease are collectively responsible for almost 70% of all deaths worldwide”.

The NHS and Prison Service are working together in partnership to assure that prisoners have access to the same choice and equal level of health services as the public, 700 people in prison are aged over 60. They have a series of health and social care needs, while they are in prison and on release, 1,000 people aged 60 and over leave prison every year. It is vital that there is good communication between prison healthcare staff and their colleagues in health and social care organisations in the community and they liaise making sure that prisoners that are being released are assessed and receive services which meet their ongoing health and social care needs (Department of Health, 2001).

The pressures on the NHS to increase life expectancy can be lifted through partnership working along with rapid diagnosis and speedy assessments thereafter. As a discipline, Health and Social Care could benefit from having a focus on partnership working, taking into account the public, private, informal and voluntary settings. By understanding these settings, the information relevant to a person’s health can be better distributed accordingly (Glasby, 2017)

The aims of safeguarding are to keep children, elderly and vulnerable adults free from abuse and to ensure they are kept safe. The safeguarding team would work in partnership with other multi-disciplinary teams to help service users be supported to make their own decisions, prevent things from happening before they do, have the least amount of intervention, whilst keeping the safety of the person first. Supporting the person reporting the abuse through different partnerships with carers, social services, health professionals and for every individual to be held accountable for their actions, (Ann Craft Trust, 2018).

The NHS’s five-year forward view is a proposal by the organisation for their aims for the future. The goals within this proposal are: for people with cardiac or cancer ensuring their outcomes are better; ensuring a high quality of care for every patient and making sure their care is tailored to them, that may mean changing treatments that do not work. Working with challenges in all areas of health, mental health in adults and children, cancer treatments, working in this way may enable more support for frail older patients, taking the pressures off other services. (NHS.uk)

Shortly after the National Health Service Act in 1946 constructed a plan to redefine the quality of health care provision, health services were paid for by taxes but free at the moment when people were in need to use them. In 1948, the NHS was born. 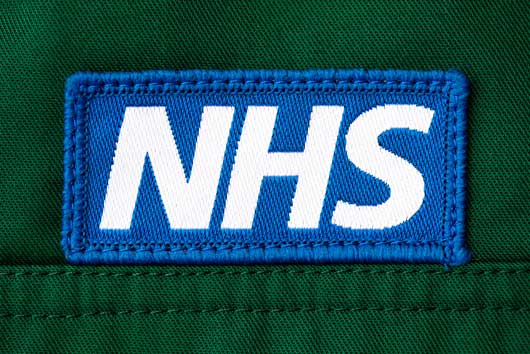 Patient Centred Care in the NHS

Introduction The NHS is a large multi-functioning health care service that deals with over 1 million patients every 36 hours1. The NHS sets out to provide quality health care which include three i...

When the NHS was established in 1948, one of its founding principles was that it should improve health and prevent disease as well as providing treatment for those who are ill. In November 2004, the g...

During the last decade there has been a significant increase in the interest and use of Complementary and Alternative Medicine (CAM) therapies by the British public. This growing demand has led to CAM...