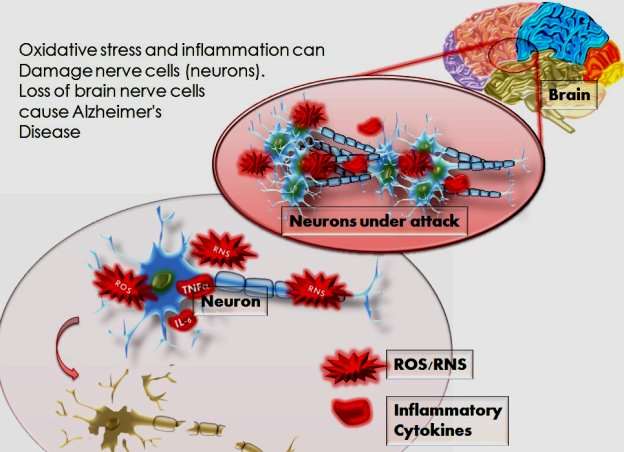 Fig-6: Showing neuronal death due to inflammation and oxidative stress.

Adenosine is a neuromodulator of brain function that is uniquely positioned to integrate excitatory and inhibitory neurotransmission and neuroprotective actions in pathological conditions. The understanding of adenosine production and release in the brain is therefore of fundamental importance and has been extensively studied (ADA-8). Adenosine metabolism in the brain is very important, and its dysregulation has been implicated in pathophysiology of several neuropsychiatric disorders, since it modulates the release of several neurotransmitters such as glutamate, dopamine, serotonin and acetylcholine, decreases neuronal activity by pos-synaptic hyperpolarization and inhibits dopaminergic activity. Adenosine deaminase participates in purine metabolism by converting adenosine into inosine (ADA-7). (The production and metabolism of adenosine is given in the Fig.7)

Adenosine deaminase (ADA, adenosine aminohydrolase, EC 3.5.4.4), an enzyme involved in the metabolism of purine nucleosides, catalyses the irreversible hydrolytic deamination of adenosine (Ado) and 2´-deoxyadenosine (2´-dAdo) to inosine and 2´- deoxyinosine, respectively. The enzyme is widely distributed in vertebrate tissues and plays a critical role in a number of physiological systems. In nature, several isoforms of ADA are known that differ by molecular mass, kinetic properties and tissue distribution (ADA-2).

It plays a role in the development and functioning of T lymphomonocytes. Levels of this enzyme increase during the mitogenic and antigenic response of lymphocytes, whereas ADA inhibitors limited the blastogenesis of lymphocytes; thus, ADA levels are higher in T cells than in B lymphocytes. ADA was previously recognized as a cytosolic enzyme; however, it is currently known to be present at the surfaces of cells, in particular T lymphocytes, to interact with some membrane proteins, including CD-26/DPP IV, and is considered an ecto-enzyme. This co-localization of DPP IV/CD-26 and ADA at T cells is important for the activation of T cells because the interaction of ADA and CD-26 at the T cells results in co-stimulatory signs responsible for the activation of the T cell receptor (ada ).

Long considered to be an immune-privileged site because of the presence of the blood-brain-barrier (BBB) and the lack of a lymphatic system, it is now well-established that the brain is fully capable of mounting inflammatory responses in response to invading pathogens, trauma, or ischemic events (G-17). 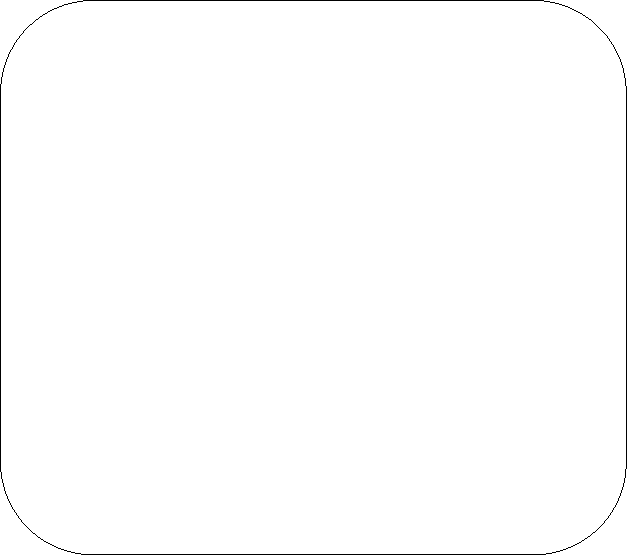 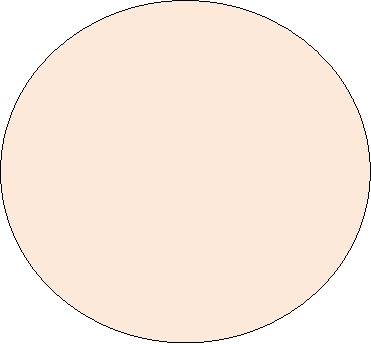 Activation of oligodendrocytes results in secretion of inflammatory molecules, such as nitric oxide (NO), cytokines, and prostaglandins and most notably in upregulation of several chondroitin sulfate proteoglycans, including NG2, which contributes to the growth-inhibitory environment that prevents regeneration of axons in the injured CNS. In summary, in acute situations and when short lived, neuro-inflammatory mechanisms generally limit injury and promote healing; however, when neuro-inflammation becomes chronic it can damage viable host tissue, resulting in compromised neuronal survival and cognitive impairment. For these reasons, inflammation in the CNS has been appropriately described as a two-edged sword (G-17).

Intracellular and extracellular levels of adenosine are tightly controlled by specific nucleoside transporters and several important enzymes, which include adenosine deaminase (ADA) and 5’-nucleotidase (5’-NT) (ADA-4).

Adenosine may play a role in the pathophysiology of schizophrenia, since it modulates the release of several neurotransmitters such as glutamate, dopamine, serotonin etc.

Elgun et al (1999b) reported that decrease ADA activity in patients with depression compared with controls, might reflect the impaired immune system in depression (A sub).

Mackiewicz et al (2006) showed that ADA levels did not change with age in rats (A sub).

Herken H et al (2007) showed that ADA levels of the patients were significantly higher than the controls (abstract ref).

An increasing body of evidence implicates both brain inflammation and oxidative stress in the pathogenesis of Alzheimer’s disease (A-9). Inflammation is a cause, contributor, or secondary phenomenon in the disorder inflammatory pathways are altered in the periphery in AD, together with evidence that increased peripheral inflammation leads to more neurodegeneration and accelerated disease progression in animal models.

Humans have evolved a highly complicated antioxidant defense system to combat the damaging effects of free radicals. Under physiological conditions, overproduction of ROS and RNS and their neutralization is prevented by the activity of endogenous anti-oxidative defense system (AOS). Antioxidants are a broad group of compounds which constitute the first line of defense against free radical damage thus are essential for maintaining optimum health and well-being. They are protective agents, capable of stabilizing or deactivating free radicals before they attack cells. Being beneficial compounds, they control free radical formation naturally and help organisms to deal with oxidative stress caused by free radicals (antiox 4) (Fig. 8).

Antioxidant system encloses enzymes like superoxide dismutase; catalase, glutathione peroxidase, and other antioxidant-regenerating enzymes such as gluthatione reductase; dehydroascorbate reductase and glucose-6 phosphate dehydrogenase, that maintains reduced NADPH; hydrophilic scavengers like urate, ascorbate, gluthatione, flavonoids; lipophilic scavengers, like tocopherols, carotenoids and ubiquinone. The great majority of antioxidants are supplied with the diet and includes polyphenols, lipoic and ascorbic acid, carotenoids, lycopene, quercetine, genstein, ellagic acid, ubiquinone and indole-3 carbinole. In fact, in the biological systems, the normal processes of oxidation produces highly reactive free radicals and each of this administered compounds is involved in the physiological redox balance preventing damage to the tissues (antioxi 3).

An important part of the intracellular antioxidant defense systems are antioxidant enzymes such as superoxide dismutase, catalase and peroxidases.

SOD is found abundantly in many organisms, from microorganisms to plant and animals, since superoxide radicals (O2−•) are toxic to living cells, oxidizing and degrading biologically important molecules, such as lipids and proteins. The role of SOD is to protect aerobic cells against O2−• action. It catalyzes O2−• dismutation reaction into H2O2 and O2−•. There are three known types of SOD: two copper-zinc containing SOD (CuZn-SOD), one in cytosol and one bound to the vascular endothelium ( also called “extracellular SOD” (ECSOD)) and a manganese containing SOD (MnSOD), which is localized in the mitochondrial matrix (antio-4). This enzyme specifically catalyzes the dismutation of O2−• anion into H2O2 and O2−• in a pH-independent medium (5–9.5). Manganese SOD is the mitochondrial form of this dismutase. Its active site contains manganese and reduces the O2−• generated during the ETC. The amount of MnSOD inside the cell varies according to the number of mitochondria found in each cell type. This enzyme has antitumor activity. Extracellular SOD also contains copper and zinc in its structure and is the main extracellular SOD. It is synthesized inside the cells and secreted into the extracellular matrix (G-66, G-71, SOD-1). 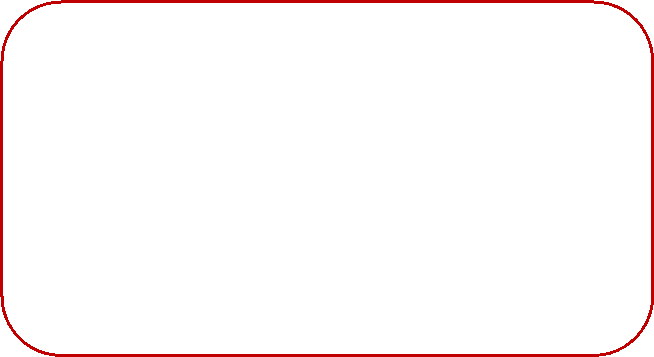 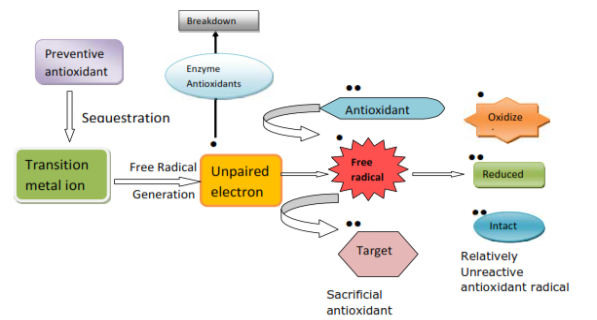 Fig. 8- Mechanism of action of antioxidants

Catalase is an enzyme that reacts very effectively with H2O2 to form water and molecular oxygen and with H donors (methanol, ethanol, formic acid, or phenols) with peroxidase activity. Catalase protects cells against H2O2 generated inside them. Although CAT is not essential to some cell types under normal conditions, it has an important role in the acquisition of tolerance to O&NS in cellular adaptive response (G-10).

GPx is an enzyme that contains a single selenocysteine (Sec) residue in each of four identical subunits, which are essential to the enzyme’s activity. Humans have four different GPx types: (1) a classic cytosolic form; (2) a membrane-associated GPx phospholipids, (3) another cytoplasmic enzyme, gastrointestinal GPx; and (4) an extracellular type. All GPx enzymes are known to add two electrons to reduce peroxides by selenols forming (Se-OH). GPx antioxidant properties allow them to eliminate peroxides as potential substrates for Fenton’s reaction. Glutathione peroxidase works together with glutathione tripeptide (GSH), which is present in cells in high (micromolar) concentrations. The substrate for the GPx catalytic reaction is H2O2 or organic peroxide ROOH. Glutathione peroxidase catalyzes hydroperoxide reduction using GSH, thus protecting mammalian cells against oxidative damage. Glutathione metabolism is one of the most important antioxidant defense mechanisms (G-10). Together with classic H2O2-removing enzymes (CAT and GSH-Px), the enzyme thioredoxin reductase (TrxR) is a seleno-flavoprotein which forms the thioredoxin system together with the protein thioredoxin (Trx) and NADPH. This is an effective system to reduce proteins in disulfide form and it also participates actively in the removal of H2O2 and other peroxides (G-57).

TrxR catalyzes the reduction of Trx especially, but in humans it can also reduce other substrates, such as vitamin C. This reductase also catalyzes the reduction of disulfide proteins and it is involved in countless vital processes, such as DNA synthesis and the regulation of apoptosis. Additionally, this system also donates electrons during DNA synthesis, and NADPH and human TrxR by themselves or with Trx are efficient electron donors to this human plasma peroxidase, which allows this enzyme to reduce hydroperoxides even when there are low levels of GSH available (G-52).

There are three identified TrxR isoenzymes: cytosolic (TrxR-1), mitochondrial (TrxR-2), and a third isoenzyme which has been isolated from the mitochondrion of rat testes (TrxR-3). TrxR-1 has wide substrate specificity, since it is responsible for reducing not only Trx but also hydroperozides, lipoic acid, ubiquinone, and dehydroascorbate. Thus, the Trx system is regarded as having a crucial role maintaining a cell’s redox state. It may also have a role in the system which regulates the expression of redox-sensitive genes through the activation of transcription factors (G-58).

The lipid-soluble antioxidant vitamin E is localized in the cell membrane and has been targeted for its relation to atherosclerosis and vascular function. Decreased concentration vitamin E (α-tocopherol) scavenges the chain-carrying peroxyl radicals rapidly and interrupts the chain propagation. During this reaction, vitamin E becomes a free radical called tocopheryl, which is less reactive than the lipid radical and migrates to the surface of the membrane to be transformed again into tocopherol through the action of ascorbic acid (G-72) (Fig-9). However, in elevated concentrations the tocopheryl radical may act as pro-oxidant. On the other hand, β-carotene is a hydrophilic precursor of vitamin A and large concentrations accumulate in the membranes of certain tissues. Its antioxidant activity is related to the removal of O2−• and free radicals formed during lipid peroxidation. This activity is due to its conjugated double-bonded structure that can dislocate unpaired electrons, which enables β-carotene to physically quench singlet oxygen without degradation (G-65).

Vitamin C is a hydrosoluble antioxidant, which facilitates its diffusion into intra- and extracellular matrices. Its antioxidant potential is related to direct removal of O2−• and HO•. Furthermore, it contributes to regenerating oxidized vitamin E; however, vitamin C also has pro-oxidant activity. It may be the one compound, in addition to HO•, that can convert Fe3+ into Fe2+, which then reacts with H2O2 to form OH. Vitamin C is a water-soluble vitamin that participates in a large number of cell functions (antio 5). All