While smoking in and around most hospitals and medical facilities is prohibited, surgical smoke from electrical cautery units remains to be an inhalation health peril in the operating room. The surgical smoke, or plume, is associated with chemical, respiratory, viral, carcinogenic, particulate, mutagenic, cytotoxic, and bacterial hazards harming all surgical team members.  Recent studies and increased research on surgical plume impacts show the risk can be greatly reduced using surgical smoke evacuation devices with electrosurgical and/or laser procedures (Don’t choke back the smoke, 2017). The purpose of this paper is to extensively explore the issue of surgical smoke inhalation in the operating room and present the PICOT question regarding surgical plume.

Electrosurgery is an essential tool in an orthopedic surgeon’s repertoire, being used in every total knee joint replacement surgical procedure. It is used both to cut tissue, and to control bleeding by coagulating the blood vessels. The electrocautery procedure involves administering a high-frequency electric current through the target tissue, causing its temperature to increase (Karjalainen et al., 2018)

When tissue vaporizes from using energy-generating devices, such as lasers or electrosurgery units, intracellular temperatures are raised above 100°C generating surgical smoke (York & Autry, 2018).  According to Manchester (2018), “surgical plume results from the vaporization of cells through absorption heating, when energy-based devices such as lasers, diathermy and ultrasonic devices are used” (p. 30).   While many regulatory agencies concur surgical smoke is dangerous, commitment to creating a firm-standard addressing the inhalation dangers related to surgical plume has been slow.  Clear evidence supports the need to filter surgical smoke and help protect the estimated 500,000 health care workers in the United States being exposed to these menacing fumes (York & Autry, 2018).

Surgeons Choice Medical Center is an acute care medical facility located near Detroit, MI.  The medical center’s surgery department consists of four operating rooms on the fifth floor, performing various surgical procedures 52 weeks out of the year.  The surgery department works from 0700 until 1700 Monday through Friday, with total knee joint replacement surgeries being performed on Mondays, Tuesdays, and Wednesdays. Roughly 15 total knee joint replacement procedures are performed weekly, for a total of 750 surgeries yearly where surgical staff are exposed to plume created during these surgeries.  The surgical staff present in the operating include the circulating registered nurse (RN), the surgical technician (ST), the certified surgical first assistant, (CSFA), the certified registered nurse anesthetist (CRNA), and the physician’s assistant (PA).

Schultz (2014) discusses the risks of inhaling surgical plume.  Research studies demonstrate transmission of human papilloma virus from inhaling plume.  Increased incidence of respiratory illnesses has been shown among perioperative nurses.  Additionally, the presence of plume by-products, claimed by the National Institute for Occupational Safety and Health to be mutagenic and carcinogenic, are known to cause cancer.

The heating effect of electrosurgical cautery used during total knee joint replacement procedures is controlled by the waveform of the current.  A rapid increase in temperature is caused from a low-voltage, high-frequency current, where the tissue quickly evaporates, and the surgeon can expeditiously cut through the tissue. Conversely, a high-voltage, low-frequency current produces a more gradual heating effect, where denaturing of the proteins in the tissue causes coagulation and occlusion of the blood vessels.. The evaporation of the tissue from the current generates plume of smoke, referred to as surgical plume.

The real danger of inhaled smoke is the nanoparticles, comprising 80% of surgical smoke, as revealed by environmental health literature.  Also called “ultrafine particles,” nanoparticles are less than 100 nanometers (nm) in size, with those between 20 and 80 nm not well phagocytized by alveolar macrophages when inhaled.  The ultrafine particles are then capable of crossing the alveolar membranes through translocation and compromising the respiratory system (Schultz, 2014).

While many regulatory agencies concur surgical smoke is dangerous, commitment to creating a firm-standard addressing the inhalation dangers related to surgical plume has been slow.  Incorporating smoke-evacuating devices into operating rooms is a costly financial decision involving managers and surgeons, along with the entire surgical team.  Based on the premise all smoke is dangerous to breathe, a commitment should be made prioritizing employee health and well-being to achieve the six standards of quality healthcare measurement supporting the patient safety movement (York & Autry, 2018). Under OSHA’s Occupational Safety and Health Act of 1970, employers must provide a safe and healthful workplace (York & Autry, 2018).

The contents of surgical smoke are comparable to the contents of air pollution and cigarette smoke, noxious and possibly deadly.  Clear evidence supports the need to filter surgical smoke and help protect the estimated 500,000 health care workers in the United States being exposed to these menacing fumes in the operating room (York & Autry, 2018).  Focused foreground questions are the key to properly finding the right answers to clinical inquiries, such as surgical plume (Melnyk & Fineout-Overholt, 2015). Using the PICOT format, the question is posed; In surgical staff involved in total knee joint replacement surgeries using electrosurgical cautery in the operating room at Surgeons Choice Medical Center (P), does the use of a smoke evacuation device (I) compared to not using a smoke evacuation device (C) decrease respiratory system ailments, nausea, and headache (O) over a one-year time period (T).

PICOT is a mnemonic derived from the elements of a clinical research question – patient, intervention, comparison, outcome and (sometimes) time. The PICOT process generally begins with a vague clinical query. Each element of the process helps develop a well-structured question. 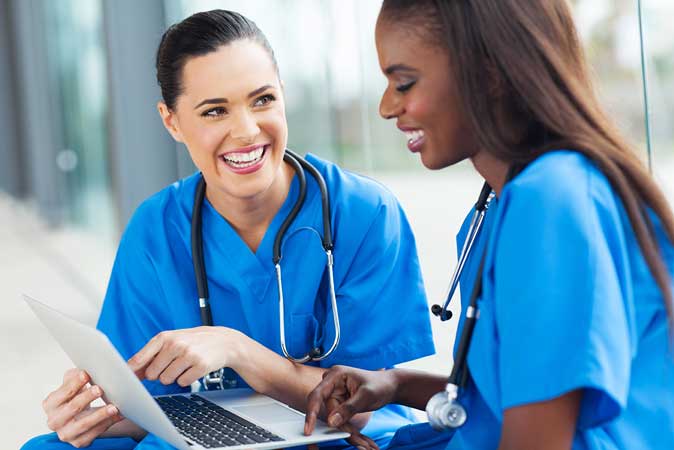 Problem Identification and Description Using PICOT Format   Introduction  Since I’ve been a nurse in hospital settings for the past 20 years, either in acu...

NEW IMPLEMENTATION INTO PRACTICE Introducing new ideas or systems of doing things is one of the most common aspects of healthcare yet some of the most of the difficult ones. Generally, p...