New Treatment Plans Give Hope to Patients with Gaucher’s Disease 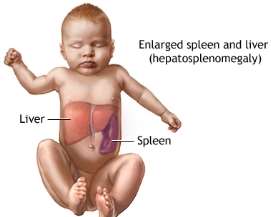 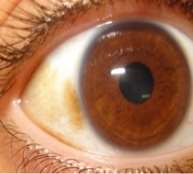 The last form of Gaucher’s disease is called perinatal lethal and it is the most severe type. In fact, most infants with perinatal lethal die after a few days of birth. The symptoms listed below: 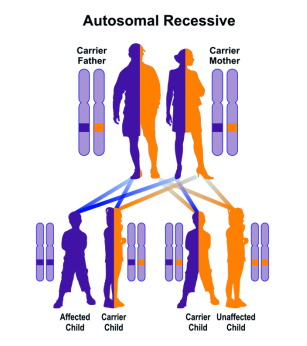 Gaucher’s disease develops as a result of mutations in the GBA gene. The GBA gene is responsible for making glucocerebrosidase enzymes, which simplifies glucocerebroside molecules into sugars and smaller fat molecules. However, mutations in the GBA gene impact the ability of the enzymes to function properly. Consequently, the large amounts of fatty substances cause organ failure. Patients can be diagnosed with Gaucher’s disease because of an inheritance pattern called autosomal recessive. The parents must be carriers of a Gaucher’s genetic mutation in order for the children to have Gaucher’s disease. Nevertheless, there is only a 25 percent chance that their child will be diagnosed with the disease. 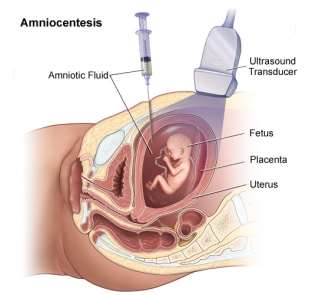 In order to identify and track the progression of Gaucher’s disease within patients, a series of diagnosis and tests are used. Enzyme analysis uses blood tests to identify a patient’s levels of glucocerebrosidase. If Gaucher’s disease was active in the patient, there are low levels of glucocerebrosidase in the blood. On the other hand, carriers have enzyme levels between the affected and unaffected people who are not carriers. Another test is called the genetic mutation analysis and it tries to find mutations in the genes associate with Gaucher’s disease. However, not all of the genetic mutations involved in Gaucher’s disease have been identified; thus this test is used to help classify which type of Gaucher’s disease patients have. In order to measure the progression of the disease, dual energy X-ray absorptiometry (DXA), and magnetic resonance imaging (MRI) can also be used. DXA uses low energy X-rays to measure bone density, while MRI uses magnetic fields and radio waves to create images of organs. MRI can show organ enlargement, such as the spleen or liver. In addition, doctors perform prenatal testing in pregnant women that are carriers of Gaucher’s disease to test if Gaucher’s disease is active in the fetus. Doctors will analyze the amniotic fluid or tissues from the placenta to complete the prenatal testing. 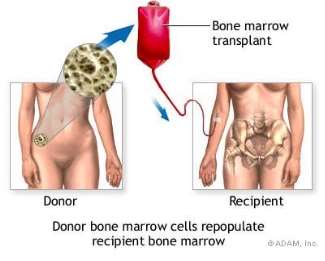 Gaucher’s disease cannot be cured; it is only controlled or managed. The type of treatment given to patients varies depending on the type and severity of Gaucher’s disease and condition of patients. One treatment given is the enzyme replacement therapy, where replacement enzymes in liquid substances are injected into the veins of patients every two-weeks. This type of treatment is effective within individuals with non-neuronopathic Gaucher’s disease. Nevertheless, people may regularly experience an allergic reaction to the enzyme treatment. Another treatment method available is the bone-marrow transplantation. This is a surgical procedure that is used for severe cases of Gaucher’s disease, where damaged blood-forming cells are removed and replaced. However, this medical treatment is not as common as the enzyme replacement therapy because it has more threats and hazards. Lastly, medication can also be used to manage Gaucher’s disease. The oral medication miglustat (Zavesca) is an effective drug that minimizes the build-up of the fatty substances in non-neuronopathic Gaucher’s disease. Nevertheless, the medication can cause side effects in the digestive system, such as diarrhea and, weight loss. Furthermore, the drug can also interfere with sperm production. In ladies, birth control is advised while using miglustat and for three months after they stop using the drug.

In December 2001, Genzyme, a Sanofi Company completed a study to compare the effectiveness of a drug, Cerezyme, in two different dosage amounts in their patients with Gaucher’s disease. Both males and females ages 18 and older were eligible for study. Nevertheless, only patients with type 1, non-neuronopathic Gaucher’s disease were allowed to participate. There were multiple research centers that participated in the lab, including eighteen in the United States, one in Canada, six in Europe, and one in Brazil. During the study, 90 participants were randomized and placed into two groups. The first group of people received their monthly dose of Cerezyme in two infusions; one infusion per two weeks (Q2). The second group of individuals received their monthly dosage in one infusion every month (Q4). The progression of the effects of the drug on the Gaucher’s disease was monitored by measuring the hemoglobin values and platelet count of patients. Magnetic resonance imaging and computer tomography were also used to explore any improvements in the patient’s liver and spleen conditions. Moreover, researchers tried to identify if the change in dosage reduced the symptoms of patients, such as fatigue, vulnerability to bruising and yellow spots in the eyes.

Genzyme believed that patients who received one infusion every 2 weeks would show a more positive reaction towards their non-neuronopathic Gaucher’s disease because there was a longer period of time in between the monthly dosage sessions of Q4. Hence, this could cause a deficiency of all the replaced glucocerebrosidase at the end of the month. Conversely, Q2 would be more stabilized because the enzyme glucocerebroside would be replaced every two weeks. In theory, by the end of each month, only half of the enzyme glucocerebroside would be deficient. Similarly, the findings of the lab, displayed in table one, showed that 80.8% of the participants of Q2 Cerezyme showed clinical success, whereas there was only 63.2% of clinical success within individuals using Q4 Cerezyme. Hence, Q2 was a better drug frequency in terms of safety and efficacy.

Table 1: Number of Participants with Clinical Success after the Completion of the Clinical Trial

The chart above portrays the number of participants that showed improvements in their Gaucher’s disease in comparison to their condition before the clinical trial. For example, some participants noticed a reduction of symptoms, such as extreme tiredness, bruising, yellow spots in the eyes, and nosebleeds. As well, there were some improvements in hemoglobin values, platelet count, and liver and spleen conditions.

A similar lab was conducted to test the efficacy of two dosage amounts in an enzyme replacement therapy on February 1, 2007. The global specialty biopharmaceutical company, Shire, wanted to test VPRIV, a hydrolytic lysosomal glucocerebrosidase-specific enzyme, that was used in long-term enzyme replacement therapy for patients with type 1 Gaucher’s disease. The controlled variable of the study were the 45 and 60 U/kg dosages of VPRIV, also known as velaglucerase alfa (GA-GCB), given to patients with type one Gaucher’s disease. Shire also used random trials to divide the participants into two groups that received the dosage every other week. Nevertheless, one group received 45 U/kg and the other group received 60 U/kg of VPRIV. Ages two and older of both genders were allowed to participate in the study. The duration of treatment for each patient was 12 months, where the first patient enrolled into the study on January 11, 2007, and the last patient participated in the research project on April 8, 2008. The progression of the effects of the drug on Gaucher’s disease was monitored by measuring the hemoglobin values and platelet count of patients. Magnetic resonance imaging and computer tomography were also used to explore any improvements of the patient’s liver and spleen conditions.

Shire believed that 60 U/kg of VPRIV was a better treatment towards the non-neuronopathic Gaucher’s disease, assuming that VPRIV was safe and efficient, because there were more artificial enzymes. The data collected in table two supported their hypothesis as the average change of baseline of Gaucher’s disease was better in the twelve participants that used 60 U/kg of VPRIV every other week. A baseline is the initial amount of a substance where the final amount is compared to. A baseline is also referred to as the reference point. The chart supports Shire’s hypothesis as the spleen and liver volumes of VPRIV 45 U/kg patients decreased and hemoglobin and platelet concentrations increased towards a more normalized size or amount. Nevertheless, the research is still continuing and the data released is not fully up to date.

Table 2: Change of Baseline of Gaucher’s Disease in Participants After 12 Month Treatment

The chart above portrays the average change of baseline of spleen volume, liver volume, hemoglobin concentration and platelet counts for two groups of patients; those who received 45 U/kg of VPRIV, and other who received 60 U/kg of VPRIV every other week. Negative values indicate a decrease in size, whereas positive values indicate an increase in size. The data was collected by using magnetic resonance imaging and analyzing participates’ blood tests.

Overall, studies continue to occur in order to find more effective treatments for individuals suffering from Gaucher’s disease. The severity of this disease may vary from patients, but in general, the disease is very harmful as it can lead to deaths in young age groups. Gaucher’s disease attacks important organs in the body, such as the liver, spinal cord, heart and brain, and prevents the organs from functioning properly. Nevertheless, the disease only occurs due to genetics and the positive research projects conducted on Gaucher’s disease will continue to bring hope in humans.