Introduction: This paper would critique qualitative article title “Well- Being of Dinka Refugee Women of Southern Sudan” (Baird & Boyle, 2012). Primary author of the study Baird is professionally an ARNP/CNS (Advance Registered Nurse Practioner/ Clinical Nurse Specialist), and also CTN: Certified Transcultural Nurse. Second investigator is also a nurse and has done MPH following her RN and both of the investigators had owned PhD degree. The major strength of the study is that researchers have evaluated cultural themes in their study of the cultural sharing group. According to (Le Compte, Millroy, Preissle, 1992 cited by Creswell 2007) “themes may include such topics as enculturation, socialization, learning, cognition, domination, inequality, or child and adult development” (p.71). Moreover, they have interconnected these themes with participant well-being; therefore, it has held my interest into it. Moreover, language of the article is easy to follow. The major area of improvement is that at many instances, I feel article lacks clarity and factual accuracy.

The Problem: Research problem seems significant to nursing as it is concern with individuals’ (refugee) health and well- being. Moreover, significance of the problem to nursing has also been mentioned by researchers. Authors have mentioned study participants, and study questions. Purpose of the study is also stated by the authors but they haven’t mentioned key study variable “well-being” in it (Polit & Beck, 2012). Problem statement of the study has been progressively developed through highlighting (problem identification/ introduction, Background, scope and consequences of the problem, knowledge gap, and proposed solution). The benefits of present study were stated clearly that is it will help in improving current nursing practices offered to refugee women (literature review section, para. 6). Authors haven’t mentioned any limitations of their study in the article. General assumptions of the theoretical framework have been utilized in the current study. Moreover, philosophical assumptions of qualitative and ethnographic research can easily be viewed in the article (Polit & Beck, 2012). However, at few instances I have to infer such as whether phenomena has been viewed holistically or not.

Review of the Literature: Literature has been comprehensively reviewed, synthesized well and logically presented by the researchers. The authors have summarized studies that address phenomena of well-being in refugee women. However, it would have been better, if further empirical literature specific to African refugee women would have been added. Authors have identified knowledge gap in the literature (Literature Review section, para.6). Moreover, majority of literature shared in the article was paraphrased and taken from primary sources. With that, majority of literature in literature review section except one, is recent that is within 10 years’ time when current study would have been started. Theoretical work has also been included by researcher in the article. However, theoretical work should have been further expanded; for example, conceptual definition of well-being should have been added. Additionally, another question could also be generated from literature review, such as, evaluation of the study participants’ social factors (Literature Review section, Para. 5) that hinder in refugee women resettlement and on their well-being.

Theoretical/ Conceptual Framework: Middle range theory of transitions has been used as a theoretical guide for the current study (refer to appendix A and B) but no conceptual framework has been illustrated in the article. Qualitative studies utilize framework to create boundaries for the study, and framework helps in literature review, data collection, analysis and presentation of findings (Ryan, Coughian, & Cronin, 2007). Though, framework has not been adequately utilized and described by authors in their research. For example, they have not integrated pattern and properties mentioned in the physical model in their study. Moreover, they have only talked about three type of transition in present study (developmental, situational and health- illness) but have not talked about organizational transition in present study. Justification has been provided for the use of specific theoretical framework “Three types of individual transitions…. as well as after their settlement” (Baird & Boyle, 2012, pp.15-16). Furthermore, it is evident from the research article that the framework has guided researcher in identification of study population, main themes for data analysis and presentation of findings (Ryan, Coughian, & Cronin, 2007).

Population and Sampling: Authors have clearly defined target population “refugee women …. asylum to the United States” (Purpose of study section, p.14). Although it is one of the qualitative study design (ethnography) in which researcher describes and interprets shared and learned patterns of values, behaviors, belief and language of culture sharing group (Creswell, 2007, p. 68) and purpose is not the generalizability but to fully identify the pattern. So, adequate data collection is an important factor, in present study there were 10 study participants. According to Creswell (2007) “An ethnographer is interested in examining theses shared patterns and the unit of analysis is larger than the 20 or so individuals” (p.68). To maintain variability of the sample, subjects with diverse characteristics were included in the study (Refer sample section). Yet, researchers haven’t encountered any negative case and they have also not described participant selection criteria. The method of sampling for the (subject) selection was through church, and by snowball. Following it purposive sampling for subject selection has been done and it is aligned with qualitative study design. Purposive sampling method provides opportunity for “theoretical sampling”. Theoretical sampling means selecting subjects who represent the important characteristics that researchers consider of interest to the study (Pidgeon & Henwood, 1996) or intentionally adding of ‘outliers’ case in the study (Barbour, 2001). However, sampling method for the setting has not been described and majority of interview took place at participants’ homes and observations at church.

Research Design: Ethnography study design has been used in the study. Study Design seems appropriate in regard to purpose of study as it is looking at behavior modifications/ value transformation in study participants and interpreting these modifications in relation to participants own culture. Webster dictionary define behavior as “anything that an organism does involving action or the way in which something functions or operates”. These behavioral (function) modifications have occurred in study participants because of the shift in their value system and individual learn values through their family/ society culture, socialization and through cognitive advancement. In nutshell, if we understand individual behavior, then we ultimately understand individual culture. Additionally, study is also highlighting intra- family and intra- community issue of power, resistance and dominance. However, I feel that questions that have been formulated are not according to study design. They are more providing understanding for phenomological research. Authors have describe participant characteristics and the context of study; hence, study is transferable/ replicable (Konradsen, Kirkevold, & Olson, 2013).

Data Collection: Interview, observations, field notes have used as a data collection strategy. Researcher have mentioned that the data collection methods are in accordance with ethnographic research (Baird & Boyle, Method section, 2012, p. 16); however, haven’t rationale the use of selected method. Interview method of data collection seems appropriate in relation to study question; as study aimed at understanding experience of resettlement of refugee women. However, if other method (artifacts) of ethnographic data collection has been added, then it would have further enriched the data (Creswell, 2007, p.120).

Protection of Human Rights: Authors have taken permission from University institutional review board. It is mentioned in the article that the participants were approached through church congregation and by snow ball sampling technique. Therefore, it indicates that people might had come forward and participated voluntarily into it. Although the researchers haven’t overtly said informed consent was taken but they have mentioned that approval has been taken from the board, it implies that informed consent would have been taken place. Study doesn’t appear to be a case of deception. It is not mentioned in the article the time at which individual participant consent would have taken place but site agreement was obtained prior to review board approval. Since the sample size is small; therefore, one can easily identify participant who is divorced or USA citizenship holder. Maximum benefit to participant has been maintained by researcher through participatory action research (PAR) project. Moreover, time provided for the study was compensated with money.

Analysis: Researchers have generally explained method of data analysis which gives impression that “editing style of data analysis” have been used (Polit & Beck, 2004). Nevertheless, they should have provided details of raw data; so that theoretical connectedness of data to themes could have been evaluated (Burns and Grove, 2001). Method of data analysis fit with level of inquiry, but since middle range theory of transition was used as a framework. Therefore, they should have used deductive approach for content/ data analysis following editing style of data analysis. Authors have in-cooperated participant words to support themes but haven’t inco-operated field notes along with participants transcriptions’. However, at few instances explanation provided under the themes titled ‘standing on our own two legs” and “Hope for the future” is not coherent with its title. For example, ‘several of them identified role models on television….woman” (Baird & Boyle, Finding section, 2012, p. 18).

Rigor: The data collection methods are reliable and verifiable as interpreter and audiotaped have been utilized. Moreover, time allocation for interview was appropriate, longitudinal, with the interval of 2-5 month apart. However, adequate details of the interview questions (structured/ unstructured) have not been provided. It has been mentioned in the article that reliability was established through consensual validation with an experienced qualitative researcher. Moreover, validation of analysis is also done by study participants and primary interpreter. There is no notification of discrepant result in the article. Very scarcely researchers have present (etic) perspective in the article. Moreover, researchers haven’t shared their reflexivity in the article.

Conclusion and Recommendation: All three themes that have emerged at the end of data analysis were discussed in finding section in relation to study questions. Conclusion that has been presented in the article is stated as “refugee women as strong, resilient, and capable of being responsible for their own and health and well-being” and this is justifiable to the findings of the study. The recommendation for nursing practice includes providing culturally competent interventions to promote health and well-being of refugee women and for future research studies authors have suggested to evaluate the phenomena in voluntary immigrants or undocumented workers. Recommendation for nursing practice is supported by the study results. I feel that transferability of the findings in Pakistani setting greatly depends on the geographical location because there is high inter and intra province variations in women status throughout the country. 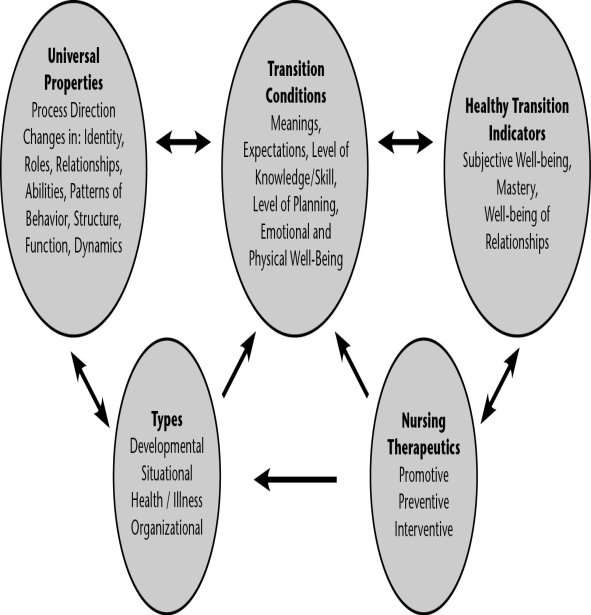 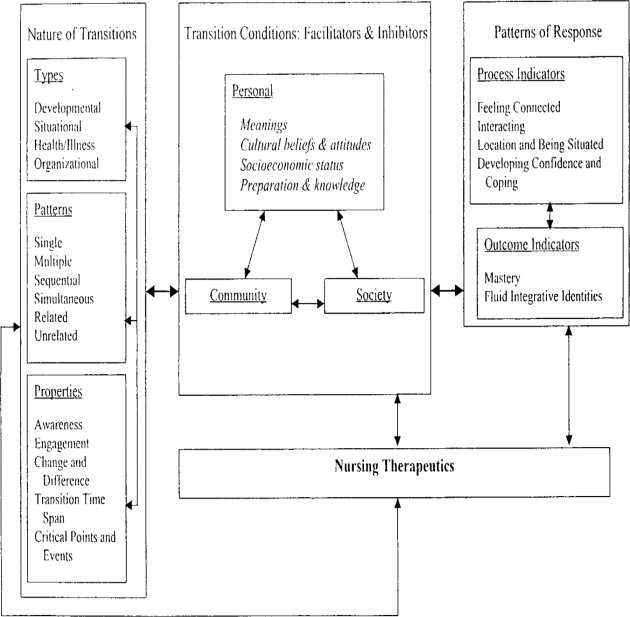