Underage substance abuse has been around for many years. Many teenagers don’t know the effects that different substances could have on your body and how difficult it is to stop. In Europe and around the world, there are many underaged citizens who abuse substances, and that number is growing daily. I have been around many teenagers and family members who have misused these substances and didn’t care about the effects or what it could mean for them in the future. I wanted to know for myself and what people are doing to stop this epidemic. So, I came up with the question of what is being done to stop the underage consumption of different substances in Europe.

Smoking and vaping are the main substances that teens abuse. Smoking has been around for a very long time and was growing naturally in the Americas for more than 8,000 years (Healey 5). One of the original people to ever discover tobacco was Christopher Columbus and it was cultivated for the first time in Europe in 1531 (Healey 5). Tobacco use spread very quickly and by the 1600s, it “had spread across Europe and England and was being used as a monetary standard, a practice that continued throughout the following century” (Healey 5). People still abuse tobacco today, and the smoking industry has grown massively. The vaping epidemic has recently been growing due to teens abuse of this substance. Throughout the last year, teenagers vaping in the U.S. almost tripled from 4.5% to 13.4% (Hyde 8). Vaping first started because people wanted to make a healthier choice for smoking. They chose e-cigarettes because they don’t contain any of the tar that real cigarettes accommodate. Most teenagers vape because they see it as a “social activity” that allows them to fit in (Healey 3).

Vaping and smoking have many different effects that can have a negative outcome on your body. Some research suggests that smoking relates the growing concern of “coronary heart disease, stroke, peripheral vascular disease and cancer” (Healey 3). Smoking can also cut 13 years from your life expectancy (Healey 3). There are many immediate and short-term effects of smoking such as smelly hair, less oxygen to the brain, yucky skin, smelly breath and stained teeth. You can also get more coughs and colds and have shortness of breath. Smoking can also cause an asthma attack, cancer and leads the way to death (Healey 9). Because vaping has become such a big thing with teenagers, physicians and toxologists are getting worried at the growing number (Hyde 18). Within seven seconds of inhaling nicotine, it can reach the brain and effect it in several ways (Hyde 20). Some effects of vaping include the damaging of lungs from the chemicals in e-cigarettes which causes the lungs to not function properly and not be able to keep harmful substances out (Hyde 18). Nicotine also affects young brains in a negative manner (Hyde 18).

Other than smoking and vaping, there are many different substances that people abuse such as alcohol and drugs. Alcohol was first created in 3000 B.C. which was a fermented drink made from honey and water (Bestor 2). Alcohol usually effects teens and adults. Even though adults are the right age to drink, some still get addicted. Teens drink alcohol to have some sort of social status and fit in. This causes issues in the future and can affect the way people act in the forthcoming. Drugs are also a big issue for teens and young adults. The practice of smoking opium was introduced by the Chinese and brought to America when they came to work on the railroads in the 1850s (Bestor 3). Teens usually abuse drugs when their friends are an influence on them. This sometimes causes them to be addicted for the rest of their life and it ruins their career. Young adults also abuse drugs because of the situations that they are put in. When they are in school, drugs are being used around them and they are usually peer pressured to try them which ends in an atrocious way.

In Europe, “it is estimated that 5.2 percent of the global population between the ages of 15 and 64 years (over 360 million people) used an illicit drug in 2014” (Hayashi). Smoking is a big substance that is being abused in Europe. In Europe smoking is the most popular substance to be used by adolescents (Hayashi). Vaping in Europe is very close to that in America. E-cigarettes have become a big part of teens life since the long-term effects of smoking have been established. They choose vaping because it is healthier than smoking, but it still harms you in negative ways. Vaping hasn’t been around long enough to know the long-term effects of the heated chemicals (Hyde 18). Underaged substance abuse in Europe is a big thing. Smoking and vaping are the two main substances that teenagers gravitate towards. If you “walk into a high school today, you won’t find many people who smoke tobacco cigarettes. But one in three high school seniors have tried vaping or using e-cigarettes” (Olson 5). Teens vaping is a huge issue right now that can affect many minors’ futures.

Today, the problem continues but, there are laws and organizations trying to stop/spread awareness of the issues that have to do with these substances. Some laws in Europe that try to contain smoking/vaping include, no nicotine products are allowed inside buildings and advertising for vape is restricted (Lambert 3). Also, there was a law passed that e-cigarettes are classified as tobacco products so, they are banned from public places (Lambert 3). One organization that is trying to prevent this epidemic is Truth. They are an association that puts out advertisements which contain smoking facts and a promotion of awareness. Truth tries to make their commercials entertaining to catch teens attentions. They also broadcast videos on social media to help show what the effects can have on your body.

In conclusion, substance abuse is a big issue in Europe and around the world. There are many different facts to help prove this but, if you just look around, you can see it for yourself. Smoking and vaping are major epidemics that have risen, and people are trying to spread awareness to this situation. Not everyone will follow this advice but, it reaches some people and they take it to heart and really think about their decisions. Overall, substance abuse and underaged use is a major concern in Europe and everywhere around you. 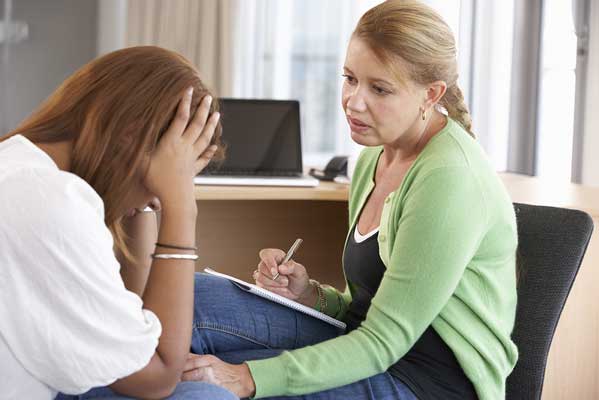 Peer Recovery Coaches in the Emergency Department: A New Resource

Introduction  Peer recovery coaching in the emergency department is critical in supporting patients with substance abuse disorders. They facilitate recovery through development of individualized ...

“Drugs are a bet with your mind.” (Jim Morrison). People start taking drugs by their own choice. In early stages they feel stress-free and euphoric but as life goes on they start getting dependen...

An Analysis on the Consequences of Substance Abuse

Substance abuse takes a toll on the entirety of a person. From broken relationships to cancerous tumors, the aftermath of addiction can take many forms...