Human pathogenic Ebola virus in German (Feldman and Klenk, 1996).The family Filoviridae consists of two genera, Marburguinus and Ebolavirus, which have likely evolved from a common ancestod the genus Ebola virus is comprised of four species named Restan, Zaire, Sudan and Cote d’Ivoire (Relly,2014).Ebola hemorrhagic fever is caused by the Ebola virus causing the death of most patients and workers working in close proximity to the patients or environments contaminated with the virus; such victims include workers in health care, mortuary and death care, airline and other travel service industries (Peters and LeDue, 1999). The virus is transmitted to people from wild animals and spreads in the human population through human-to-human transmission (Bolarinva, 2014). This infection resulting from direct contact (through broken skin or mucous membranes) with the blood, secretions, organ or other bodily fluids of infected people (Kelly, 2014). 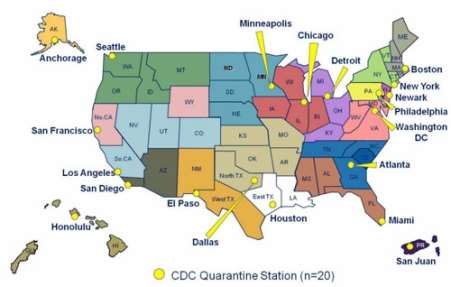 The history of Ebola began when the disease was first recognized in 1976 in Africa and there have 18 conformed out breaks of the diseases since 1976 (Schoenstand, 2004).The name “Ebola” was given to this virus when it was first recognized in 1976 near a small river the catholic mission in Yambuku and now it came a serious threat to human and wild life health (Barrette et al., 2009). Human pathogenic Ebola virus was first reported in Germany (Felder and Klenk, 1996).This highly contagious illness is often fatal in non human primates like chimpanzees, monkeys, and gorillas as well as human beings (Schoentad,2014)

Kikwit and Gulu are Central African cities might not have quite the same level of road infrastructure linking them to other urban centers as West African cities do, but these two cases do provide a precedent for urban outbreaks of Ebola (Mark,2014).Molecular evidence suggest spread has been almost exclusively attention is paid to the relationship between marriage, funerals and land tenure (Raul et al., 2014).science the history of Ebola has noticed several successive outbreaks in Africa in the recent years at the 1990 the millennium 2000(World Health Organization,2014).This Ebola virus has zoonotic background and fruit bats are believed to be the natural source of virus and in 2005 the first evidence that the virus was spread by fruit bats (Leyroy et al.,2005).

Ebola virus has a unique set of characteristic and that determine how and why it spreads, how deadly it can be and to better understand Ebola, and infectious disease is transmitted through direct contact with bodily fluids, through air, or other means, as well as whether human to human transmission is possible is important for understanding how to prevent and track the disease.(Henry,2014).The family filoviridae with order Mononegavirales contains two genera, and one is Ebola it also again divided into species as Zaire Ebola virus, Sudan Ebola virus, Ta forest Ebola virus and Reston Ebola virus( Khun et al., 2012).Ebola virus is classified under filoviruses,and have characteristic filamentous particles as the family name implies and these particles have a uniform diameter of 80 nanometer (nm) and they contains an electron dense central axis (19 – 25 nm) surrounded by an outer helical layer (Feldmann and Geisbert ,2011).

All the genes are encoding for one structural protein which is known as monocistronic except glycoprotein gene and there are various functions of the proteins of the ribonucleo proteins such as VP 35 is an interferon antagonist, particle formation is mediated by VP 40 and as well as VP 40 serves as the matrix protein, and is that association of the membrane, prevention of interferon signaling are done by another structural protein called VP 24 (Feldmann and Geisbert, 2011). When a person get affected with this virus after 3 to 21 days patient shows general fever, and after that they shows some symptoms with some shock like syndrome ; and when a person infected with Ebola fluid replenishment ten management of secondary symptoms done to give a little relief to that partient(Qui et al., 2014).

Ebola is a severe a cute viral I illness often characterized by the sudden onset of fever, intense weakness, muscle pain, headache and sore thought and also this is followed by vomiting, rash, impaired kidney, liver also some cases both internal as well as external blooding(Kelly,2014). People are infectious as long as their blood and creations contain the virus and Ebola virus was isolated from semen 61 days after onset of illness in a man who was infected in a laboratory (Henry, 2014). This Ebola virus can only be transmitted when symptoms are present, in contrast to diseases such as HIV, influenza, and malaria which have a symptomatic transmission and people who get Ebola they can also go blind They can die within one week of catching the virus and there is no vaccine or treatment for Ebola(Henry,2014). The incubation period , that is the time intervals from infection with the virus to onset of Symptoms is 2 o 21 days and due to the reference of this kind of viruses we can understand Ebola viruses are either nonpathogenic to human beings or have very few cases to facilitate the defection of its symptoms(World Health Organization,2014).

Ebola fever cases include hemorrhagic diatheses into skin, mucous membranes, visceral organs, and the lumen of the stomach and intestines (Brigitte, Reinhard and Paul,1999). Confirmation that symptoms are caused by Ebola virus infection are made using the following investigation in electron microscopy, antigen- capture detection test and virus isolation by cell culture (World Health Organization,2014).The incubation period of a disease is the time between initial infection and when symptoms first appear and Ebola virus infections can be diagnosed definitively in a laboratory through several types of tests are antigen detection tests ,serum neutralization tests ,reverse transcriptase polymerase chain reaction assay and virus isolation by cell culture(Henry, 2014). Ebola patients, approximately 1 in 2 has subsequently died from the disease. In response, the World Health Organization has declared the Ebola outbreak in West Africa to be a Public Health Emergency of International Concern methods which are using to cure Ebola virus are capturing of antigen ( IdG , IgM) and RNA was extracted and tested for Zaire and Sudan ebolavirus ( Jhonathan at al,2008).

No vaccine for Ebola virus is available and several vaccines are being tested, but none are available for clinical use (Henry, 2014). Supportive care rehydration with oral venous fluids and treatments of improves survival and there is as no proven treatment available for Ebola virus (World Health Organization, 2014). Severally ill patients require intensive supportive care but patients are frequently dehydrated and required oral rehydration with solutions containing electrolytes (Kelly, 2014). The time is the only cure for Ebola virus and they are currently proven treatment options that can kill the Ebola virus there is no vaccins that can prevent an infection (Schoenstad, 2004). The Canadian government has donated between 800 and 1000 doses of experimental Ebola vaccine to who the drug called VSV-EBOV is Canadian made and owned having been developed by the national micro bio logy laboratory (Jacque, 2014).

In the absence of effective treatment and a human vaccine the risk factors for Ebola infection and the protective measures individuals can take is the only way to reduce human infection and death. Health-care workers caring for patients with suspected or confirmed Ebola virus should apply, in addition to standard, other infection control measures to avoid any exposure to the patient’s blood and body fluids and direct unprotect contact with the possibly contaminated environment.Human-to-human transmission of the Ebola virus is primary associate with direct or indirect contact with blood and body fluids. Transmission to health care workers has been reported when appropriate infection control measures have not been observed. Laboratory workers are also at risk this virus.When Samples takenfrom human and animal Ebola cases for diagnosis should be handled by trained staff and processed in suitably equipped laboratories.