One of the most prominent nursing theories is the Adaptation Model of Nursing, developed by Sister Callista Roy. It focuses on the human ability to adapt to environmental stimuli through our set of systems; biological, psychological and social. The main goal of this model is to live adequately by striving for balance.

The Roy adaptation model interprets the person as a rounded adaptive system constantly interacting with the external and internal environment, with the goal to maintain integrity. According to (Roy and Andrews, 1999), adaptation refers to “the process and outcome whereby thinking and feeling persons as individuals or in groups, use conscious awareness and choice to create human and environmental integration”. There are three levels of adaptation described by Roy each representing the condition of the life processes; integrated, compensatory, and compromised life processes (Master, 129). An integrated life process that is lost may change to a compensatory process, which tries to reestablish adaptation. However if the compensatory process is not enough, it leads to compromised processes.

There are two types of coping processes in Roy’s model; innate and acquired. Innate coping mechanisms are genetic, while acquired processes are learned. Coping processes are further categorized into applying to individuals; regulator and cognator subsystems. The regulator subsystem is biological responding through chemical, endocrine, and neural means. The body has a natural response to stimuli such as hormones, electrolytes etc. The cognator subsystem acts by four cognitive emotional channels: perceptual and information processing, learning, judgment, and emotion (Masters, 129). These subsystems main goal is to maintain the processes of life; integrated, compensatory or compromised.

The input of the individual adaptive system comes from the environment. There are three classes of stimuli that Roy has identified. The focal stimulus is what the human is instantly aware of in their consciousness. Contextual stimuli are the other stimuli that contribute to the focal stimulus, but are not the focus of the human awareness. Lastly is the residual stimuli, which has unknown effects to the situation at hand.

According to Roy’s model, understanding the health of the patient is based on understanding the environment, the adaptive system, and the scientific and philosophic assumptions. Responses made relative to the human goal of thriving promote wholeness of health. Health is both a process and a state of becoming whole and integrated.

Assumptions from adaptation level theory and assumptions from systems theory have been combined into a single set of scientific assumptions. From systems theory, human adaptive systems are intermingling parts that cooperate together. Human adaptive systems are complex multifaceted and respond to myriad environmental stimuli to achieve adaptation. With their ability to adapt to environmental stimuli, humans have the capacity to create changes in the environment (Roy & Andrews, 1999). Drawing on characteristics of creation spirituality, Roy combined the assumptions of humanism and vertivity (common purposefulness of human existence) into a single set of philosophical assumptions. Humanism insists that human experiences are essential to knowing and that it has power in creativity. Vertivity affirms the belief in the purpose, value, and meaning of all human life.

Roy defines nursing as a “health care profession that focuses on human life processes and patterns and emphasizes promotion of health for individuals, families, groups, and society as a whole” (Roy & Andrews, 1999, p.4). Nursing is what expands adaptive abilities and enhances person and environment. Nursing assesses of stimuli and behavior that influence adaptation. Based on these assessments, interventions are made to manage the stimuli. There are two types of nursing, a science and as a practice discipline. As a science, the goal to “develop a system of knowledge about persons that observes, classifies, and relates the processes by which persons positively affect their health status” (Roy, 1984, pp. 3-4). As a practice discipline one uses the scientific knowledge to promote health through an essential service (Alligood, 2014). Nursing facilitates adaptation by assessing behavior and intervening to promote adaptive abilities and to enhance environment interactions.

According to Roy, humans are adaptive creatures. The human system is a whole with parts that work together to pursue a goal. These human systems include both the individual and the group. Humans systems adjust to the environment and in turn, affect the environment, due to their capability in consciousness and meaning. Roy defined the person as the main focus of nursing, the recipient of nursing care, a living, complex, adaptive system with internal processes (cognator and regulator) acting to maintain adaptation in the four adaptive modes (physiological, self-concept, role function, and interdependence) (Alligood, 2014).

“Health is a state and a process of being and becoming integrated and a whole person. It is a reflection of adaptation, that is, the interaction of the person and the environment” (Andrews & Roy, 1991, p. 21). Adaptation is a process to enhance psychological, physiological, and social integrity. Health can be perceived as a scale from extreme poor health to peak wellness. However both health and illness can co-exist, the goal of health is to cope with illness in a competent way. Health and illness are one inevitable part of the person’s total life experience (Alligood, 2014). When mechanisms for coping prove to be ineffective, illness persists. Through adaption one can achieve proper health.

Environment is “all the conditions, circumstances, and influences surrounding and affecting the development and behavior of persons or groups, with particular consideration of the mutuality of person and earth resources that includes focal, contextual and residual stimuli” (Roy & Andrews, 1999, p. 18). In order for adaptive responses to occur changes in the environment must be observed. These changes could be positive or negative, large or small, both internal and external factors.

Mrs. Muriel Crane is a 74 year old female presenting to the emergency room because her breathing has become more difficult and she noted an increase in sputum production. Her family physician referred her to the ER for treatment of an acute exacerbation of COPD, a condition she has had for the last10 years. To summarize Roy’s model of adaption, it focuses on the human ability to adapt to various environmental stimuli, both innately and externally. In context to this model, she has various issues to discuss. These issues must be related to human adaptation to the environment/condition, or can benefit from this theory. First, her breathing problems are a response to her body not being able to receive the oxygen she requires. Getting her oxygen up is a major focus. She is also suffering from a cough, spewing up thick yellow sputum which also keeps her up at night. She is constantly tired, with no energy for daily activities. Over the last month Mrs. Crane has been losing weight, but has no appetite, as she’s under a lot of stress. With a temperature of 39.2 she is experiencing a fever. During damp cold weather she feels arthritic pain in her knees. Lastly due to these symptoms and her hospital stay she has peripheral muscle wasting and muscle weakness.

A key concept within Roy’s model is the idea of health and illness coexisting in the human life. For Mrs. Crane she has experienced a massive drain of energy due to this illness and is unable to participate in her daily activities. This is a major priority as it impedes on her quality of life, and limits the rate at which she feels better. According to Roy, illness is natural and we must learn to coexist with it. For Mrs. Crane, she has no energy because her body is using it on other needs such as combating infection, or keeping up oxygen levels. To free up energy, a goal she can make is to prioritize her energy spending, as well as making a greater effort to engage in daily activities. By doing this, she can improve her quality of life as well as her psyche, which will improve her healing process.

Adaptive behaviors are those that promote the goals of survival and adapting to the environment. However, Mrs. Crane is coughing leading to a lack of sleep. This adaption is negative to her health, and an ineffective behavior. Roy explains in her model that ineffective behaviors need to be recognized and purposely stopped. In order to stop this cough, she needs to take the proper medicines and alternative therapy, which will lead to a better sleep. This in turn will promote the goals of survival and healing.

When faced with the stress of her illness, Mrs. Crane experiences the regulator subsystem of coping which responds with biological means. The body has a natural response to stimuli such as hormones, in this case cortisol. However she has been a great amount of stress for an extended amount of time, leading to negative effects due to the cortisol release. High amounts of cortisol decreases immunity, and breaks down muscle bone and connective tissue. A goal for Mrs. Crane would be to lower her stress levels in order to better her health.

The Roy Adaptation Model was proposed by Sister Callista Roy and first published in 1970. The model has greatly influenced the profession of nursing. It is one of the most frequently used models to guide nursing research. 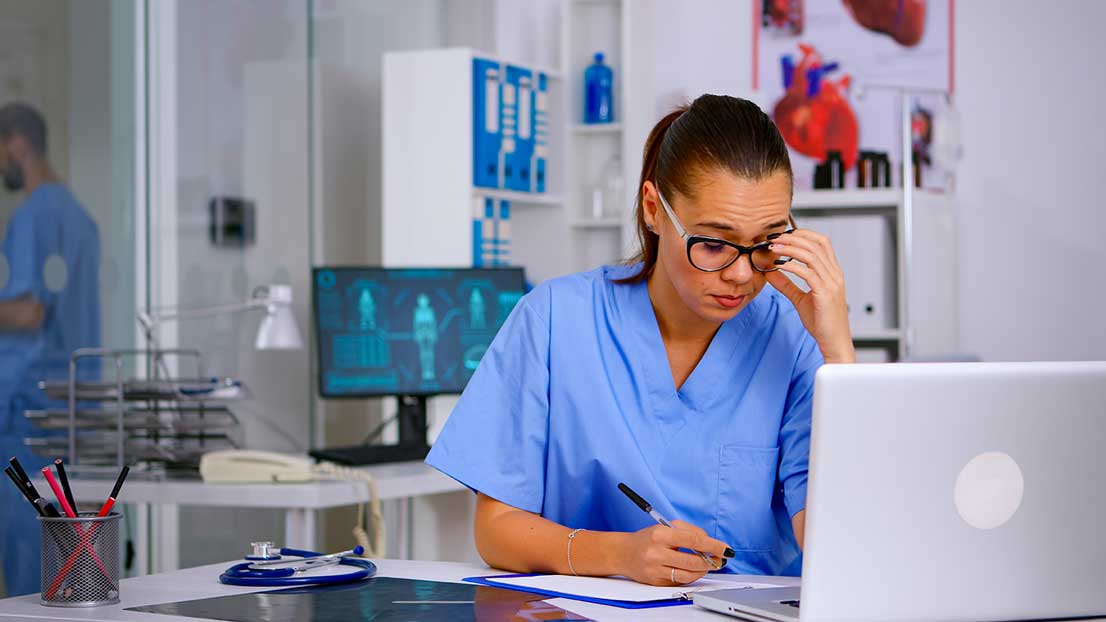 Nursing is an evolving discipline in the development of science i.e. theory and research and in professional practice. We have a rich history of thought from Florence Nightingale to the recent nurse r...

INTRODUCTION The word “Aging” and “Old Age” are highly subjective. “Aging” is defined as the time from birth to the present for a living individual, as measured in ...

Introduction: A COPD exacerbation can be defined as “an event in the natural course of the disease characterized by a change in the patient’s baseline dyspnea, cough, and/or sputum, that i...