Peter Roy Gillam died as a result of sepsis and pulmonary thrombo-emboli complicating a ruptured cerebral artery aneurysm with subarachnoid haemorrhage. The coroner’s report outlines the background and history surrounding this gentleman’s presentation to his local General Practitioner and subsequent presentation to Modbury Hospital. Contributing to this mans death the Coroner found the following:

lack of communication and failure to properly convey true the situation of the patient between the Emergency Department Career Medical Officer, the Medical Registrar, and General Practitioner;

the lack of understanding by nursing personnel regarding after hours access and cost for procedures that present to the Emergency Department;

The coroner highlighted in this case that poor communication both verbal and documented contributed to the death of Mr Gilliam. The ability to communicate well is an essential skill for medical and nursing staff (Moore, 2005). It is important that principles of effective communication are utilised. Firstly information giving is not communication. The initial contact that the Gilliam’s had where they met a nurse and were informed that the facility was not open, payment would be required and they should return in the morning was not true communication. Communication requires that participants share a mutual interaction, with the receiver providing feedback to the sender. Stein-Parbury (2003, p. 3) states that nurses must be effective interpersonal communicators which is defined as “…interactions with patients which are helpful to the patients”. This first contact was not effective communication.

In addition the Coroner’s report highlights that notes within the patient’s medical records were misleading. This draws attention to the importance of documentation and good record keeping. The most significant documentation practice is to actually write something. It needs to be factual, consistent and accurate. It should be written as soon as possible after an event has occurred, providing current information on the care and condition of the patient. It should identify problems that have arisen and the action taken to rectify them, providing clear evidence of the care planned, the decisions made, the care delivered and the information shared (Nursing and Midwifery Council, 2004). In this case the Career Medical Officer could not be questioned as to the intent of his documentation and it was inconsistent with the recall of the Medical Registrar. Therefore it is vital that every entry should stand independently and provide enough information so a new care giver reviewing the medical record would know exactly what the patient was being seen for, their course of treatment and the doctor’s plan of action (Murphy 2001).

Good record keeping, whether at an individual, team or organisational level, has many important functions, including helping to improve accountability, supporting the delivery of services, supporting effective clinical judgements and decisions and helping to identify risks, and enabling early detection of complications (Dimond 2005). Like the implementation of health and safety regulations, it is not easy to ensure that there is always a reasonable standard of record keeping: there are peaks and troughs depending on the priority given to record keeping and the competing pressures for the time of registered practitioners. However, it must always be remembered that records and record keeping are an intrinsic part of the professional activities of a registered practitioner, not an optional extra.

The coroner report investigating Mr Gillam’s death does not specifically question the ethical decision-making of either the nursing or medical staff; however I believe that some questions should have been asked. Medical and nursing staffs are both bound by professional ethics. Ethics are defined as the science of using moral criteria to guide human conduct and morals are accepted values and standards of human behaviour (Honderich 1995; Thain 2006 p 524). Personal ethics reflects general expectations of any person in any society, acting in any capacity. These include concern for the well-being of others, respect, trustworthiness, honesty, justice and preventing harm. Professional ethics include impartiality, objectivity, confidentiality and duty of care. These need to be taken into account as providing rules of conduct or standards of behaviour of individuals acting in a professional capacity (Hanbury 2004).

Both the Australian Medical Association (2004) and the Australian Nursing and Midwifery Council (2008) in their Code of Ethics have the first consideration as the well-being of the patient. I believe that in this case the Career Medical Officer and the nurse who had initial contact with the patient need to look at their ethical decision-making. In neither case did they have the well-being of their patient in the forefront of their care. The nurse needs to look at the choice to undertake a ‘corridor consult’ and whether that was the most appropriate a decision. Surely the patient deserved to be properly triaged and assessed, before a pronouncement was made to give information that necessitated returning in the morning. I believe that if the nurse had stopped and followed a systematic ethical decision-making model then his course of action would have been different. Hanbury (2004) provides a straightforward guide for cutting to the heart of an ethical issue:

Is it balanced and fair?

How will it make me feel about myself?

How would it look on the front page of the newspaper?

This is a very simplistic method to view a situation and a more multifarious ethical decision-making model would be appropriate when identifying problems within health care. Forester-Millar and Davies (1996) write that an ethical decision-making model involves identifying the problem, applying the Code of Ethics, determine the nature and dimensions of the dilemma, generating potential courses of action, considering the potential consequences of all options, choosing a course of action, evaluating the selected course of action and finally implementing the course of action. If a model like this had been implemented at Mr Gillam’s initial presentation to Modbury Hospital I believe the outcome may have been different. Using the maxim of ‘safeguarding individuals’ (Fry & Johnstone 2002, p 39), I believe that he would have been directed into the Emergency Department and been appropriately triaged and assessed. This may not have prevented his death, but it could have seen a different outcome, as his current medical information (headache) would have been relevant and could possibly have been viewed differently.

Secondly the Career Medical Officer ethics need to be called into question. The Coroner’s report highlighted, that with limited substantiation to the contrary, the doctor’s lack of recent clinical experience, even though a practiced Forensic Pathologist, one had to query the competence of the doctor to perform the role of Career Medical Officer. It is necessary to question whether this doctor was considering the well-being of his future patients when applying and accepting the position at Modbury Hospital.

The inquest did not question the nurses’ involvement in the care of this patient when he returned to the Emergency Department. At this presentation where were the nurses who were looking after Mr Gilliam? Should they have been advocating for this patient? Questioning whether it was appropriate to discharge patient without CT scan. It is important that nurses take proper concern to protect individuals (Fry & Johnstone 2002, p 38), meaning that nurses need to act to prevent patient harm. Nurses have legal accountability which is structured by Registration, Acts and Legislation. However in Australia, a nurses moral accountability is guided by Value Statement 5 in the Code of Ethics for Nurses (ANMC 2008), where it indicates that one is answerable to for oneself and others for ones own actions. The nurses caring for Mr Gillam should have been advocating for him, questioning the Career Medical Officers assessment, querying whether this gentleman should have been discharged without comprehensive follow-up. They should have then documented these discussions and if not satisfied the nurse would be expected to report or take “appropriate action to safeguard the individuals when their care is being endangered by a co-worker or any other person” (International Council of Nurses 2000, p.3). It is important that nurses take on the role of advocating for patient’s rights and care.

The death of Mr Gillam may have been prevented if communication systems had been in place. The failure to order and undertake a head CT scan following a request by the patient’s local general practitioner and the history of headaches could well have contributed to this patient’s death. Without more in-depth documentation indicating that after proper clinical examination the history was inconsistent with subarachnoid haemorrhage then a diagnostic CT scan should have been attended. Nurses advocating strongly for this patient and querying the decision of not undertaking a scan may have resulted in a different outcome. Having systems in place to ensure that Career Medical Officers are appropriately experienced and credentialed may also have prevented this death.

The level of Career Medical Officers clinical experience increased the likelihood that he did not have the medical skills required in dealing with patients in an ordinary clinical setting. The coroner’s recommendation to the Department of Health to investigate and to the clinical competence of the clinician will prove difficult if he is unable to be contacted. The gap of three years prior to his appointment as Career Medical Officer in the hospital already highlights the difficulty that will be found in finding further information from international sources. A system to ensure that the whereabouts of doctors are when they leave the public hospital system will be complicated to develop and then enforce. Medicine in Australia, is made up of many overseas practitioners, who have a wide variety of expertise, developing a system that will keep track of any medical practitioner that has worked within the public health system will be very complex unless the medical officers involved see this as part of the ethical and moral obligation to do so.

Communication in nursing is vital to quality and safe nursing care. There is evidence that continues to show that breakdowns in communication can be responsible for many medication errors, unnecessary health care costs and inadequate care to the patient 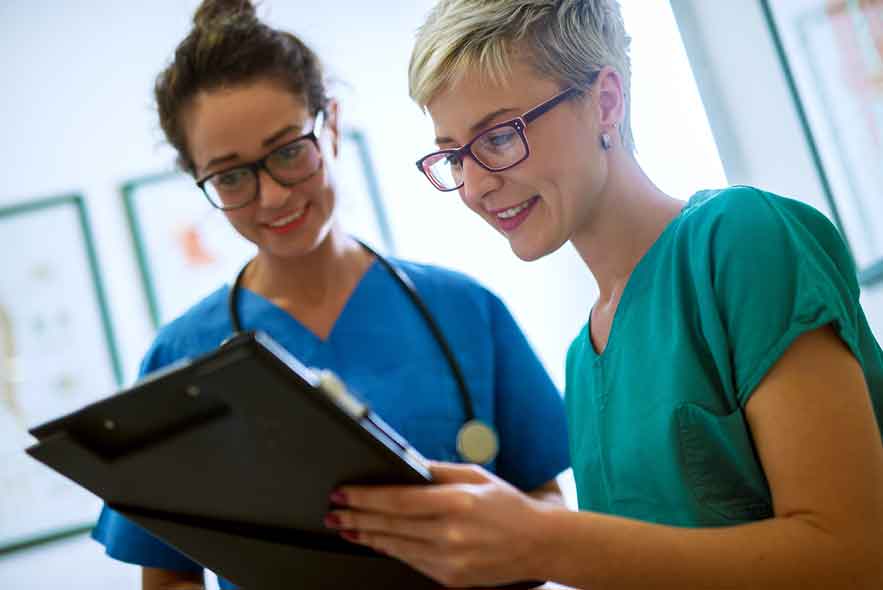 Reflection on Leadership, Communication and Teamwork

1.0 Introduction Complexities in assignments and projects have facilitated the adoption of team approaches to problem solving. In many learning institutions and places of work, team approach has led t...

Children and youth who sustain a traumatic brain injury (TBI) and/or spinal cord injury (SCI) may have temporary or permanent disabilities that affect their speech, language and communication abilitie...

The Importance Of Communication Nursing Essay

This assignment will critically analyse the concept of communication within nursing. A concept is said to be ‘a label given to an observed phenomenon’ (Bell, 2009, P46-51). Cutcliffe and...