Aim: In this study, we investigated the relation between plasma apelin levels and coronary artery ectasia.

Apelin is an adipocytokine and endogenous ligand for the angiotensin-like 1 receptor (APJ). The function of apelin is not clear in the cardiovascular system. Apelin may play an opposite role to the renin-angiotensin-aldosterone system as a compensatory mechanism. It is reduced in patients with heart failure.[1]

Some functions of apelin have been described, such as positive inotropism [4] ,endothelium-dependent vasodilation [5],cardiac contractility,[6] and the reduction of vascular wall inflammation.

CAE has been defined as abnormal dilatation of a segment of coronary artery that 1.5 times larger than the diameter of adjacent normal segments of artery.[7]

The incidence of CAE has been reported to account for 0.3% to 4.9% in patients underwent coronary angiography. [8]

Although the exact mechanisms leading to CAE are not clear up to now, atherothrombosis, endothelial dysfunction and vasculit have been suggested as possible responsible factors. CAE has also been reported in association with various conditions such as congenital coronary anomalies, connective tissue diseases, and vasculitis and failed smooth muscle cells. [9,10]

In our knowledge there is not any study in the literature about apelin and CAE.

In this study we aimed to examine the relation between serum apelin level and CAE.

The study was approved by the Local Ethics Committee and informed consent was obtained from each patient.

Serum obtained by centrifuge was stored at −80°C until analysis for apelin measurement. These were studied at the Biochemistry Laboratory of Dicle University .Apelin levels were measured using an enzyme immunoassay (ELISA) (Phoenix Pharmaceuticals, Inc., California,USA) according to the manufacturer’s instructions, and expressed as ng/ml.

Coronary angiography was routinely performed using the Allura Xper FD10 (Philips, Amsterdam, The Netherlands) through femoral artery by Judkins technique without use of nitroglycerine. The contrast agent was Iopamiro 370 (Bracco, Milan, Italy) that used in all patients. Each angiogram was evaluated concurrently by two interventional cardiologists who were blinded to the study and to each other. Angiographically CAE was accepted when diameter of dilated segment of coronary artery was 1.5 times larger than adjacent normal segments.

There was no difference between two groups regarding basal demographical data (P>0.05).

Demographic characteristics of the groups are presented in Table 1. 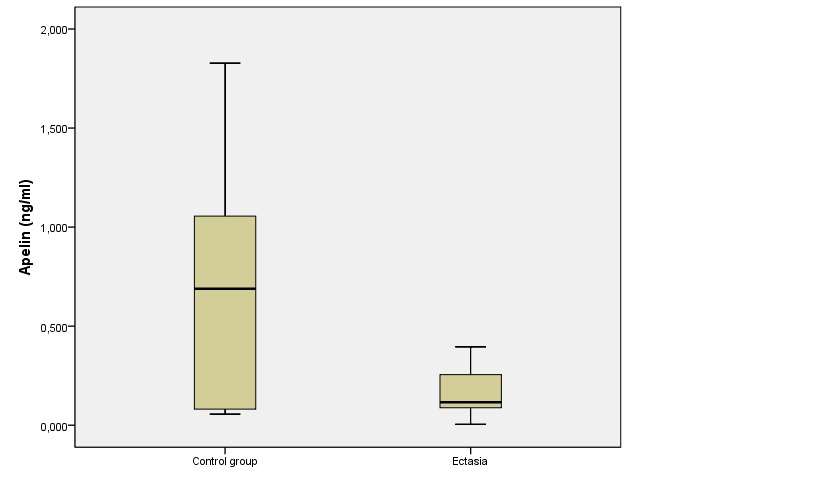 Figure-1: Comparison of the plasma apelin level between CAE and control group. P=0.033

CAE has been defined as abnormal dilatation of a segment of coronary artery that 1.5 times larger than the diameter of adjacent normal segments of artery. [7]

The etiology of CAE is not fully understood. Various mechanisms are thought to be the reason of CAE. Approximately a half of CAE is due to atherosclerosis of coronary artery. Atheromatous ulcerations in coronary artery or significant stenosis has been described in patients with ectasia.[11,12]

Relation between apelin and coronary artery disease especially atherosclerosis is known. Kadoglou et al. showed that apelin concentrations are lower in CAD patients and it is negatively correlated with severity of CAD. [14]. Additionally, decreased apelin levels are observed in subjects with stable angina. Plasma apelin may have a role in the progression and destabilization of atherosclerotic plaques.[15].

Attenuation of the vessel wall has been shown by Rath et al. in nonatherosclerotic forms of CAE .In their study vessel media degeneration and smooth muscle cell replacement by hyalinized collagen with intact vessel intima has been demonstrated.[16] In the pathogenesis of CAE, loss of the musculoelastic components of the vessel media have an important effect. [12,17]

In some studies there was a relation between apelin and nitric oxide. It is demonstrated that in the rat model, myocardial damage significantly reduces by oxidative injury reduction and enhancement of nitric oxide production when rats treated with apelin in postinfarct period.[20]

Malyszko et al. reported that in patients with transplanted kidneys apelin level is correlated with intracellular adhesion molecule, adiponectin and the presence of coronary arery disease in patients with transplanted kidneys. [23] Apelin is a member of adipocytokin like adiponectin. Dagli N. et al. examined a negative correlation between coronary artery ectasia diameter and plasma adiponectin level .[24] Also in our study we obtained similar results that plasma apelin level in isolated CAE patients is significantly lower than in controls. According to recent data adiponectin and apelin have cardioprotective effects . Despite exact mechanism is not clear it seems that, both of them protect vessel from atherosclerosis and ectasia.

However, further studies are required to show the role of apelin in development of CAE.

Conclusion : In this study we showed that patients with isolated coronary artery ectasia have decreased plasma apelin level compared with normal coronary arteries. According to these data we suggest that apelin may have a role in developing CAE.

Limitations of the study

Because isolated CAE is rare entity ,the number of cases were limited. our study have a small population. Additionally, it is an important limitation on the part of the study that intravascular ultrasound (IVUS) was not conducted in the diagnosis of patients, as IVUS and autopsy can demonstrate atherosclerotic plaques in a wide area of the vessel lumen in patients whose coro-nary angiography is normal

The authors declare no conflict of interest.

12.Befeler B, Aranda MJ, Embi A, et al. Coronary artery aneurysms: study of the etiology, clinical course and effect on left ventricular function and prognosis. The American journal of medicine 1977;62:597-607 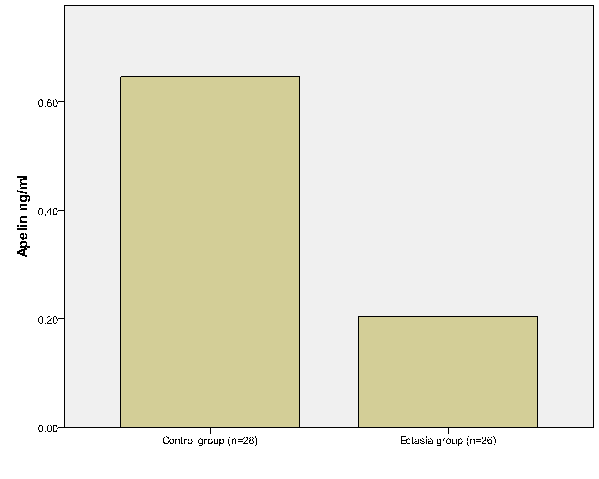