Health care disparities refer to differences in health care that exist among specific population groups.1,2 Though disparities are typically applied to race and/or ethnicity, disparities can exist in other dimensions such as socioeconomic status, age, location, gender, disability status, and sexual orientation.1,2 The magnitude of health care disparities is hard to quantify, but evidence gathered over the last three to four decades suggests that health and disease states are unevenly distributed in various population groups.3 In 2009, only 68% of Hispanics in the United States had health coverage, compared to 88% of whites. 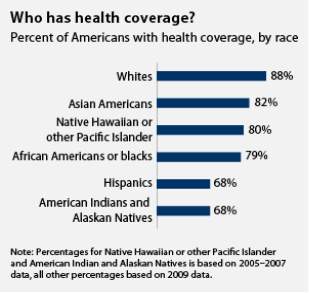 are not limited to the groups facing disparities, but they also affect the entire population by limiting improvements in health care quality and increasing unnecessary costs.1 A report from 2018 found that if racial disparities in health care were eliminated, there is a potential economic gain of $135 billion per year.4

Another example is how from 2011-2014, Hispanic adolescents had the highest prevalence of obesity (21.9%) in the United States.2 The effects of health care disparities 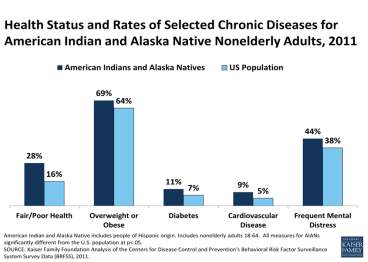 Compared to their white counterparts, American Indians have mortality rates that are almost 50% higher, and they have an infant mortality rate that is 1.5 times the rate of whites.5 In addition, the overall well-being of American Indians reflects a higher risk and higher rates of chronic diseases when compared to other ethnicities and races. American Indians are twice as likely to develop diabetes than whites, and they are 1.21 times as likely to die from heart disease as an underlying cause of death than were whites.6

What Has Been Done

Structured education has been shown to be associated with positive health results and potential for tackling health care disparities and economic disadvantage.7 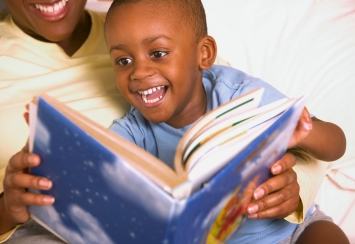 One example of an intervention in education occurred in the Perry Pre-school Project, which focused on improving educational outcomes and decreasing risk of school failure in 3 and 4-year-old African American children. This study was able to determine that people who received the intervention had a decrease in risky health behaviors, like smoking, and had higher rates of seatbelt use.8

Community development is a broad term, but it defines the power given to people in a community effect change within their communities. Community development has been used to address disparities, and in a project in Los Angeles, organizations, retailers and high schoolers in the community came together to transform corner stores in their neighborhoods into healthier stores with better options. Another intervention the CDC has pushed is decreasing the density of stores that sell alcohol, especially in low-income minority communities, because alcohol outlets have been linked to risks of violent crimes.9 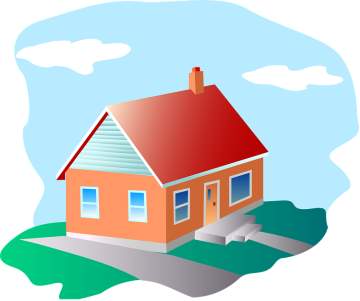 Intervening on housing quality and safety are good options because it is known that they play a major role in a person’s health. Indoor air quality and environment surrounding a house are both important factors to consider.7 Typically, lower socioeconomic families inhabit areas that are unsafe and do not have access to green space and grocery stores, and these are some of the main drivers of health disparity. Because of this, a housing mobility program, where low-income residents were moved to newly constructed low-income housing in middle-income neighborhoods, was attempted. The results of this program led to people reporting decreased substance abuse and better health, as well as decreased neighborhood violence and increased rates of employment.10

Health disparities have been addressed in numerous ways, and as mentioned above, intervening on social determinants of health has shown positive outcomes. These programs have shown promise, but there continues to be a need for more steps to be taken to work toward fixing the health disparities in the US. The major gaps in the programs mentioned above is that they neglect to focus on interventions such as food insecurity and cost-effective programs. Food insecurity is an issue that minority groups in the US have to deal with every day and is a major source of decreased health. 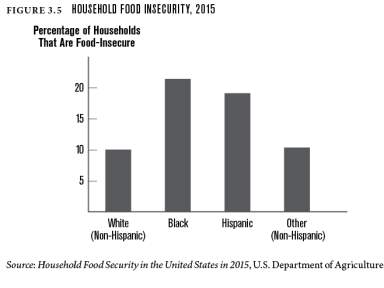 The future intervention that I would like to conduct to address health disparities is the implementation of walking programs in lower socioeconomic communities that lack resources to start them on their own. The interventions mentioned in this fact sheet thus far have a large cost-association, but walking programs provide a less expensive, realistic way to address health disparities. Walking has been linked with increased quality of health, and lack of walking is associated with chronic disease. To set out the goals for this project, we will use the SMART objective, and it will serve as the main tool to flesh out the specific details of the walking program.

The main objective for this program will be to increase the number of walking programs in communities predominantly consisting of minorities in Alabama by 10% by 2025.

The activities that will need to be conducted in order to bring walking programs to these communities is identify the areas that we would like to bring walking programs to, start advertising campaigns, and reach out to local churches and organizations for donations of walking shoes. The importance of choosing communities cannot be understated, because it will be the foundation to determine if the walking program will work. The locations for starting these programs need to be areas that have a high proportion of health disparity and would benefit from a walking program. Next, advertising campaigns will need to be conducted to get the word out to community members. This will ensure that people have heard about the walking program and will be more likely to participate. Another key thing that will be mentioned in the advertisement is that we will be able to provide walking shoes to those who need it. This is where our last activity will come in. Asking churches and organizations to donate lightly used walking shoes is a great way to get the community involved, while getting a supply of shoes to hand out to the community members who participate in the walking program.

The expected outputs of this program will be decreased BMI, decreased blood pressure, and better self-reported health. These outputs will be measured by a nurse or health care provider in the community. If we are unable to get a volunteer for conducting this, we will need to hire someone to perform these tasks. BMI will be important to track to see if the walking program is having an effect on the weight of the community members. In addition, blood pressure will determine if the walking program is having a positive impact on the cardiovascular health of the participants. Lastly, self-reported health of the community members will be very important to record because it will give us an idea of how the walking program is directly impacting how the participants feel. A survey will be used to ask how the people feel about their health