Discuss the role of connexin in deafness

Gap junctions (GJ) in the mammalian cochlear consist of Cx26 and 30 (Liu et al, 2016) coded for by the genes GJB2 and 6 respectively, on chromosome 13q. The GJs allow the transfer of  ions and small molecules up to ~1.5 kDa (metabolites and potential signalling molecules) down their concentration gradient (Alberts, 2008) due to the large pore size ~10–15 Å (Jagger and Forge, 2015). Fluid homeostasis and intercellular cell signalling are enabled through the connection (Nickel and Forge, 2008). Researchers identified that Cx26/30 are involved in cochlear function and hearing but their exact role and contribution to cochlear physiology remains unknown.

Figure 1: Highlights that the GJs are formed by two hemichannels composed of six connexin subunits spanning across adjacent cells. These GJs connect the cytoplasms of adjacent cells as seen in the bottom image (Image modified from Verheule and Kaese, 2013)

The GJs have many roles but one proposed role that hasn’t been investigated as much is their role in nutrient and energy supply. The cochlear is supplied by the labyrinthine artery alone (Nakashima et al., 2003). Hoang Dinh et al., 2009 showed that glucose from the cardiovascular circulation reaches cochlear supporting cells through GJs. Furthermore the organ of corti’s sensory epithelium is an avascular organ where microcirculation to hair cells (HCs) and supporting cells is lacking (____). This is important as Cx-mutation linked defects are usually seen in regions with poor microcirculation or when metabolite transportation is demanding which explains why the cochlear is a target. Glucose is the major energy source within cellular metabolic activities, required for development of the cochlear.

Researchers have proposed that deafness seen in loss-of-function Cx mutants was due to reduced transportation of energetic metabolites across the GJs in the organ of corti where microcirculation is poor (chang et al., 2008).

Aim: Understanding how metabolite transfer is effected in Cx26 mutants and how this decreased transfer of glucose disrupts hearing and cochlear development. This will be done by monitoring glucose movement throughout the cochlear comparing the WT and Cx26 KO mice to see if transfer’s impaired. Then to take this further, checking whether decreased glucose availability is linked to an increase in ROS which promotes cell death, as previous reports have suggested there may be a link here (___)

All procedures are performed at three key postnatal stages including P4.2, as previous investigations have concluded that Cx26 is vital for early on development and if mutated prior to P4.2 hearing loss is seen (Chen et al., 2014). P6 where Cx30 begins to take over and is suggested to compensate for Cx26 deficiency, and P12 when the onset of hearing begins.

This has a tamoxifen-inducible Cre-mediated recombination system determined by the endogenous mouse Gt(ROSA)26Sor promoter.

-          The WT and mutant mice will come from the same litter and multiple litters will be used to ensure result reliability.

This method is performed on the cochlear cells. 4% paraformaldehyde is added to fix the cells alongside PBS (0.1M) for half an hour. Then 0.1% triton is used to permeabalise the sample for another half an hour. Blockage is then achieved by adding 10% goat serum for an hour.

Firstly the tissue’s incubated with a primary antibody (monoclonal mouse anti-Cx26 antibodies) within that blocking solution overnight at a low temperature (4 degrees). PBS is used to wash the sample, repeated three times.  Then incubate with a secondary Alexa Fluor® 488 and 568 conjugated antibodies (Chen et al., 2014), again with the blockage solution for another hour. Finally the sample is washed out placed in a fluorescence mounting medium and observed either via a confocal or fluorescence microscope.

This method checks whether GJs are assembling correctly in mutants. Membrane impermeable florescent dye, Luciferase yellow (LY), gets injected by a pipette into the cytoplasm of a single cell located in the cochlear (e.g. Claudius cells) through the whole-cell patch-clamp mode.

Intercellular dye diffusion patterns are recorded by a cooled digital CCD camera every 5 minutes for 30 minutes, comparing the distance the dye’s moved. AxioVision 3.1 software controls image attainment. The cells presenting florescence are counted under a microscope to see how far the dye has travelled hence It’s important that the cell borders are clearly recognised.  Under room temperature.

Use of 2-NBDG to mimic glucose transfer

This technique show how much and how easily glucose travels in the WT and mutant. Mice are anesthetized via xylazine and ketamine injections (i.p., 10 mg/ kg and i.p., 100 mg/kg respectively). Targeting the mice’s cardiovascular system the hearts left ventricle is penetrated with a shielded wing needle to add the solutions (table 1). A peristaltic pump works to control the speed of perfusion. Animals are divided into four experimental groups which allow the confirmation of the results

Table 1: outlining what is used in each 4 mouse models to look at movement of 2-NBDG allowing a comparison between the WT and mutant as well as utilising controls. 2-NBDG concentration impersonates the concentration of glucose in the plasma and cochlea. 2mM of octonol is used during preparation to prevent loaded 2-NBDG escaping from the supporting cells as the GJ channel sin the WT are unaffected so it would easily pass through them. Therefore model 3 check the dye isn’t moving via other means. 1-3 are controls to check the experiment will work whilst 4 is being tested with the mutant.

When 2-NBDG is seen in the SV we know the perfusion was successfully. The samples mentioned above are relocated to perfusion chambers to allow observation through an inverted fluorescent microscope. Cooled-CCD camera works to obtain images whilst ImageJ software measures the florescence emitted.

Fluorescent indicator dye, CM-H2DCFDA, monitors intracellular ROS levels. This compound remains non-florescent until its acetate group is removed by the enzyme esterase or when living cell experience oxidation occurs. After 70 minutes within the supporting cells the intracellular fluorescent intensity of H2DCFDA(10mM) should stabilise, indicating that the intracellular dye is loaded. After 80 minutes images are taken using an AxioCam digital camera alongside AxioVision 4.6 software. This will be compared between the WT and Cx26 KO. Here we can also observe any signs of cell death having occurred by the change in ROS levels.

The ROS produced in the supporting cells will correlate with the intensity of florescence, which is measured by ImageJ software and averages are taken.

Table 2: This tablesummarises the results that are expected to be seen in terms of the following experiments within both the WT and Cx26 KO but reasons why are explained below.

Research has suggested the Intercellular coupling GJs provide plays a role in allowing local glucose and other metabolites transfers (Albert, ____). Immunofluorescent staining informs us on Cx26-KO success. If successful the antibodies targeting Cx26 can’t bind hence no florescence is seen.

To identify Cx26s role in metabolic coupling within the cochlear supporting cells dye diffusion is performed using LY known to pass selectively through GJs. LY is used in supporting cells like Claudius cells to determine if metabolite transfer is altered when the GJs are incorrectly assembled within Cx26-KO. For Cx26-KOs, I’d expect to see reduced LY transfer due to these poorly assembled channels. Whilst for the WT LY reaches a large range of cells as GJ assembly is unaltered.

To identify differences in glucose transfer from the blood vessels to the inner ear cells via GJs, 2-NBDG a florescent dye that mimics glucose movement is used and florescence is measured and quantified.  For the WT I’d expect fast diffusion of 2-NBDG across the cochlear supporting cells, reaching a significantly wider distance than the mutant channels. If there is still movement of glucose in the mutant this may be down to co-assembly of Cxs in cochlear GJs hence Cx30 may compensate for the Cx26-KO as these GJs can also assemble as homomeric Cx30 channels (Figure 1). But it’s not until beyond P5 when Cx30 is dominant hence why we’re using stages P6 and P12.  Therefore we can investigate whether complete eradication of GJ-mediated intercellular biochemical coupling is a likely outcome.

Glucose is vital in many processes throughout the organism, if absent cells would begin to undergo apoptosis and development wouldn’t occur successfully. Using a range of stages provides a better understanding and possibly highlights the time when glucose demand is at a peak hence disturbances in glucose transfer have drastic outcome (deafness). It’s suggested that glucose deficiency decreases ATP availability whilst increasing ROS generation in supporting cells, through Cx30 null mice models (Zhu et al., 2015a). Increased ROS increases mitochondrial permeability releasing cytochrome-C and other pro-apoptotic factors into the cytosol (Mammano and Bortolozzi, 2018). Proposing that this ROS rise causes cell death and cochlear dysfunction.

My last experiment works to prove whether there is a correlation between decreased glucose availability and ROS increase therefore cell death in the cochlear meaning sound waves can’t be converted into electrical signals for the brain to process. This proposed cell death phenotype will be compared under the microscope between the WT and mutants, giving a clear visual answer to this theory.

This proposal is an important in identifying connexins role in deafness. Mutations in connexin26 are responsible for non-syndromic childhood deafness within humans (Jagger and Forge, 2014).

My research, if everything goes as expected would display that reduced glucose delivery worsens ATP availability and causes ROS accumulation in supporting cells and consequently cytochrome C release hence cell death and cochlear dysfunction. I believe this would apply more to earlier stages rather than later ones due to that idea of redundancy between connexins26/30. This would disrupt other pathways as we know ATP is involved in K+ recycling and Ca2+ wave propagation. Previous experiments have proved that intracellular conductance remains unaltered in these mutants hence the proposed pathways possibly aren’t the issue but rather glucose deficiency is. This would need to be explored after the completion of this investigation.

This research proposal was written by a student and is published as an example. See How to Write a Dissertation Proposal on our sister site UKDiss.com for guidance on writing your own proposal.

Medicine is the art, science, and practice of caring for a patient and managing the diagnosis, prognosis, prevention, treatment or palliation of their injury or disease. Medicine encompasses a variety of health care practices evolved to maintain and restore health by the prevention and treatment of illness. 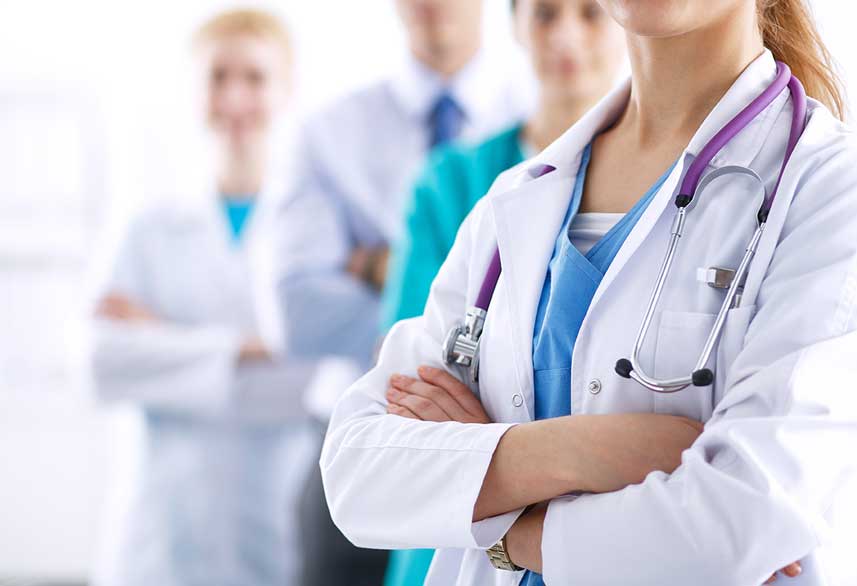 Taking into account the information about Xamoterol, outline the main features of your phase 3 trial for Xidolol explaining their importance Introduction As a rule, phase 3 tri...